Interesting…! (Hey look…another developer video that isn’t very good and has poor FPS and not so great angles…imagine that!)

nd not so great angles

To be honest I think that that was mostly to show off the new shader system to other developers. I thought those angles were great to show off what can be achieved with them.

Would have been nice if they’d show a little more of the atmospheric updates though, looks like those clouds have a proper scattering build in.

So angles aside… a question.

I was an fsx geek, and having been off that market for years, i am wondering. Whats with x plane and their versions?

I’m not aware of any upgrade discounts. Each version seems to be standalone…but usually are backward compatible for things like add-ons. Since I’ve been using XP10 for four years, I’m pretty OK with a new version and spending more money at this point. I’m all for funding development…and it can’t be argued that Laminar hasn’t been very good at continuous development and adding new features (yes, sometimes at the expense of breaking stuff).

I’ll definitely going the digital download route however that is available though. I had XP10 on disks and that was miserable. Hopefully there is an option other that Steam though…not because I don’t like Steam, I just like to have a very portable XP install.

Ok thanks, i wasn’t aware each iteration of x plane was a new product. Thanks for info.

You might want to look at Air Hauler 2. Even though it is only for FSX/P3D…it really is a bit more featured than the old AH1 that I’m using for X-Plane (which doesn’t have some features that work). I really, really, really wish (like as hard as you wish for an F-111 in DCS) that JustFlight would consider also making their Air Hauler 2 for X-Plane.

We might see performance improvements in XP11 (?)…a Reddit user posted this (one of the mods I think):

“Actually, seems like departing from OpenGL is confirmed in sake of newer and more advanced options.”

And another comment…which I agree with:

“Wtf why would you use 10fps gameplay in your trailer =/”

Buy a copy of X-Plane 10 Digital Download now, and receive a free product key to download X-Plane 11 the day it comes out.

Well I was hovering my finger over the buy X-Plane 10 button for a few days so looks like I have no excuse now but to get the digital version with the new one thrown in on release.

Hopefully there is an option other that Steam though…not because I don’t like Steam, I just like to have a very portable XP install.

I got a digital download edition from the X-plane website, you are not forced to go through steam at all, it’s just a stand-alone key. I don’t even think the key can register with Steam(same as with ED products).

Oh damn, I should have gotten X-plane 10 two months later ;).

Nah I have no regrets, great product! besides I have no idea how XP 11 will run anyway.

Also nice how they are improving the default aircrafts with 3D cockpit which is how a lot of Steam buyers first experience Xplane: 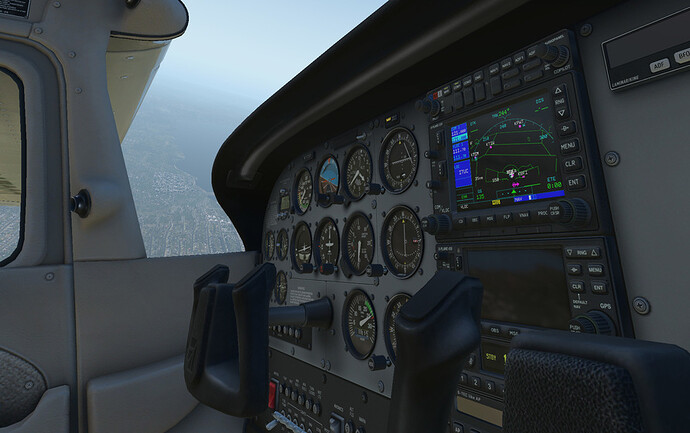 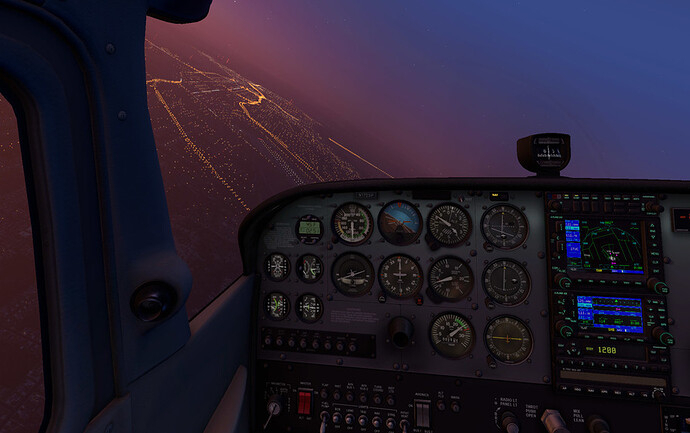 More info out on their site and the presentation from youtube: 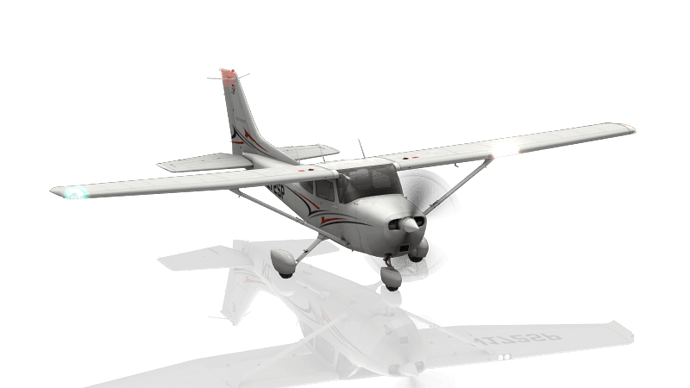 The Cessna 172SP is a single-engine, fixed-wing aircraft with a tricycle landing gear. It has a cruise speed of 122 knots and a range of 696 nautical miles. More C172s have been built than any other aircraft, making it the most successful plane in... I’m definitely looking forward to this, I don’t mind spending money every year or two on XPlane and P3D if they keep significantly improving the sim and immersion. Hopefully the XP10 airplanes will work in XP11 like they did from XP9 to XP10.

I’ll also be switching to digital, having to find my XP10 discs whenever I’ve returned to it was sometimes a hassle.

I think they even made the instruments 3D, look closely and it looks like the plates spinning are actually recessed!

I think they even made the instruments 3D, look closely and it looks like the plates spinning are actually recessed!

I’m guessing it will be incredible in virtual reality…

That’s a great video. I love how nobody got the “let’s turn it up a level…to level 11” joke…

The GUI where you can assign controls to your HOTAS is really nice. Like they said…a picture of every controller won’t be available…but probably the most popular…

Multi-monitor support…pop out overlays and move them to a second monitor…! Woohoo!!!

PT-6 modeling is an interesting discussion.

I have a huge desire for XP11 in VR at night with an acceptable frame rate. Hopefully they will say something more over the next couple of weeks because the rest of the other improvements look great.