Hey y’all!
(I love saying “y’all” even though people say it makes me sound like a hillbilly, it is so practical)

As y’all know from my incoherent rambling in other threads, I have been trying X-plane 11 this week, and I am now searching for planes to buy. I am aware there are - and will be - some sales going on around Christmas (finally something Christmas is good for), and I want to use that opportunity to get a few payware planes for X-plane.

Also if there are any freeware planes fitting my description, please post those as well!

Here’s what I am looking for:

Plane 2: Prop for middle range
I am thinking of doing trips that end on grass strips and the like. Something like a Twin Otter or Turbo Commander would qualify here I think.

Plane 3: Prop for short range
A more open category. Not that bad if it is slow, if it is iconic (I love the C152 for example). Just no ultralights please. Bonus if it is fast.

Planes in consideration at the moment, by category (please tell me if one is bad for some reason):

You’ve got it covered - I don’t know how many are going to be updated to work in XP11. The Challenger 300 is nice, but I think it did lack a custom FMC if my memory serves me correctly.

I don’t have the Carenado Aero Commander - but it looks awesome. Another nice prop for middle range would be the X-Aviation MU-2 - it is very nice and pretty short field capable.

On your Plane 3 list - the Cessna 337 is my favorite. Just a great, old school aircraft with an old school cockpit (but still has a nice GPS).

I looked at the B200 just now and I wonder: Would the Carenado B200 also fit into the Plane 2 category? I have not idea how it compares, especially concerning the grass strip aspect. In range it seems it fits…

For Plane category 3 the Cessna 337 is my favourite, too. I love that plane. Would like to have it in DCSW as well if there is a Vietnam map one day…

EDIT: Love the tip tanks on that Mu2

Although I would wait until FJS has released anything for XP-11. Their developer support is non-existent.

Are the Carenado planes likely to get upgraded to XP11? I’d really hate to buy them and then notice they won’t be upgraded…

Someone said the Turbo Commander works in XP11, can anyone confirm others from my list working or not working in the current beta?

I think you should give it a few months after XP-11 is fully released to see what’s working. Right now making wild guesses about what will and what wont be upgraded is, I think a not very viable strategy.

Note that Laminar Research has said that most addons will work with XP-11 or work largely. I suppose it depends on how much trust you put into a certain developer.

Honestly…unless you’ve read somewhere in the X-Plane.org forums that an aircraft is totally compatible, I’d wait and see if they are going to be made XP11 compatible. Currently, the MU-2 is not.

Mkay.
So I will probably miss out on that sale. Even though it is 50 percent cheaper it isn’t worth it if it doesn’t work.

If I get some infos on one or two of the planes during the next week, I’ll buy, otherwise I’ll wait.

Another user reports that basically everything is working, except the gear doors which don’t close for some planes. It seems that isn’t a Carenado issue though, but a general thing in XP11.

planes with separate gear door animations (i.e., those who do NOT rely on the main gear dataref for their animations) do not work properly in v11 PB2.

So mayyyybe they’ll fix it soon and I will be a happy person buying Carenado stuff for fifty bucks. We’ll see.

Have you checked out the the freeware Let L-410 ? It could be a nice addition to your Plane 2/3 category
I watched some youtube videos where the developer was flying it in XP11 (it works apparently) and said he would update it once XP11 is out of beta.

The L-410 is a very worthy aircraft to fly, it is much like a Twin Otter!

Thanks I’ll check it out!

Tried the free Eclipse 550 last night but didn’t load. Said something about an old school GPS being not supported whatever that means.

I’ve not had any showstoppers with the Carenado/Alabeo PC-12, Aztec, C206H G1000, C207, or Caravans. There is a minor annoyance in that the engine sound keeps running at Pause.

Did the latest beta patch (from a couple days ago) break the PC-12? I haven’t bought it yet…and am still somewhat leery if it becomes a brick in XP11. I really wish Carenado would make an announcement about what will be supported in XP11 moving forward. It is keeping a lot of us on the fence about new purchases.

I just tested the PC-12, and most definitely Beta 2 broke it. I hot stated the first couple of times (never done that), blew a tire on taxi, and the yaw is way too sensitive. So, it like all of the control axis are having issues. Caravan and C340 both seem OK.

I just tested the PC-12, and most definitely Beta 2 broke it. I hot stated the first couple of times (never done that), blew a tire on taxi, and the yaw is way too sensitive.

Did you let @TheAlmightySnark work on it? He might be dipping into the Antarctica vodka stash a bit early or something…

I tried the L-410 and I quite like it, except for the livery of the cargo version. I hope I find a good one for me there.

Also… hmm… I wonder if I should get the C340 for category 2-3, it fits kinda in between. Pretty fast for a prop and nice range (in fact it beats the Skymaster in both), and still small enough to fit into category 3. And I love how it looks externally. @chipwich How’s the cockpit? Can you make a few shots in XP11?

Can you make a few shots in XP11

Edit:Please note that this is not a recommendation to buy any of these until Carenado certifies them XP11 ready. Their position is that they wont begin working on this until XP11 is out of beta. This list is comprised of aircraft that I already own. The testing process is also rather limited. Indeed there may be other issues that are showstoppers.

Sure, later today. My taskmaster has a frightfully long honey-do that I’ll be working through, not to mention troubleshoot why ~ 300 of the 1300 lights on the Christmas tree aren’t lighting.

So far I’ve tested these Carenado/Alabeo aircraft good in XP11 beta 2. That is, I’ve spawned, taken off, and flown to one waypoint using GPS coupled nav and not noted any major issues:

Note: in all cases the engine noise continues when Pause is active.

After two hours the score is Christmas lights 300 chipwich 0. Respectfully, I have a difference in proffessional opinion in how these lights are designed. <---- a phrase which I was counciled to use when addressing a customer, rather than call him a loose canon.

Here’s another thing that gets in my craw and why I own a small butane torch (American translation, not a flashlight, but to solder with). 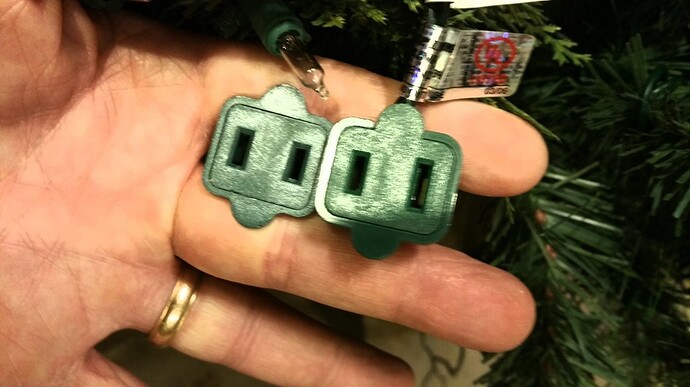