Traffic and ATC has always been a bit weak in X-Plane, and X-Life has been around for a while trying to do it a little better. I like it as a plug-in and happy with the value (it’s a paid plug-in) but stopped using it when I mainly XP’d in VR. I even tried it use in VR using OBS to mirror it as a window in VR, but it was pretty ugly.

So, good news - the author has re-written it to work in VR. Beta download and details here:

It works and is good as a first go around. I’ve found it a bit crashy so far, but it looks like updates are frequent.

So, good news - the author has re-written it to work in VR.

Sweet…! I like X-Life for some of the busier airports that I fly to…it does add some life to the airports. I actually used his Ground Handling Deluxe yesterday too since the FlyJSim 727 doesn’t come with all those objects. 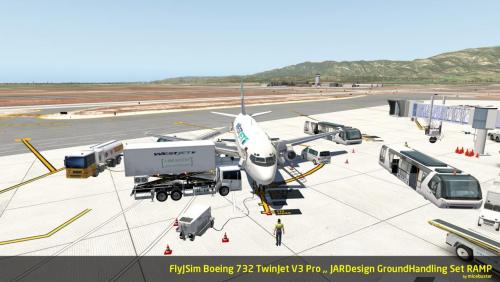 Features... Build from scratch with joy Complete Drive Up All and Drive Away All Accurate positioning and speeds No collisions between moving vehicles Interchangeable sets for airliners! Requirements... JARDesign Ground Handling Deluxe v.4.230618...

Right before bed last night I also hopped in the JAR A330 in a cold and dark cockpit just to futz around with it in VR and it is so awesome. I got the APU running, the engines started, but I couldn’t figure out how to get the ADI and HSI up and running. I think the three INS or IRUs or something have to be in a certain position for several minutes and I didn’t have time to sort through it.