Throwing this post together to keep track of what is working with XP12, this is very much a WIP. Feel free to post updates below and I’ll adjust the list.

Others I’ll be watching out for: Inibuilds A3xx, Hotstart TBM, Challenger 650.

Listed below are only those which are confirmed to be working:

I saw on the forum that MD11 is compatible, but i can’t find the post and i can’t remember if it was from launch

Inibuilds A3xx will sadly probably not get the XP 12 love. They seem to have abandon XP for MSFS.

As for the Rotate MD11 and MD80. Not a lot of news on that front. The MD11 is new enough that it probably has the required files for XP 12 all ready. However the MD 80 is old enough it will probably either not make the jump or get a new version.

Way to early to tell on most things, which is why I will hold off a bit before making the jump.

I know that VSkyLabs has plans to update all (most?) of their modules for XP12 for no charge. So that’s nice

They also have a new module (Maule M-7-235B Project) that dropped the same time as XP12.

Also, looks like the SA315B Lama Helicopter by Khamsin Studio is getting a V2 version to make it XP12 compatible as well.

Holy crap, that was fast!

vFlyteAir is planning on bringing these into XP12:

So far, and this is subject to change and in no particular order regarding release dates etc, these are the products we will bring forward into X-Plane 12:
Piper Arrow III
Piper Cherokee 140
Cessna 150
Turbo Otter
Piper Twin Comanche
Ikarus C42
The to-be-released Piper Saratoga

Update on the Flight factor A320. Available now from the .org store. Exsisting owners will have to pay a $20 upgrade fee.

plus Cowan sim has just announced H125 compatibility with XP12 plus the other helos from Cowan coming soon.

no joking, they already released their dc3 and falke for xp12…

Also Toliss A340 its now updated and working perfectly well!

I checked few of the VSL modules and they have all XP12 version already available.

really didnt expect that prompt reactions from the devs

But with Dreamfoil allegedly out of the picture

didnt expect so many surprises from the XP 3rd parties … here we go, they are still in the game, looking forward to their S300 … smashing that buy button on XP12 now, lol 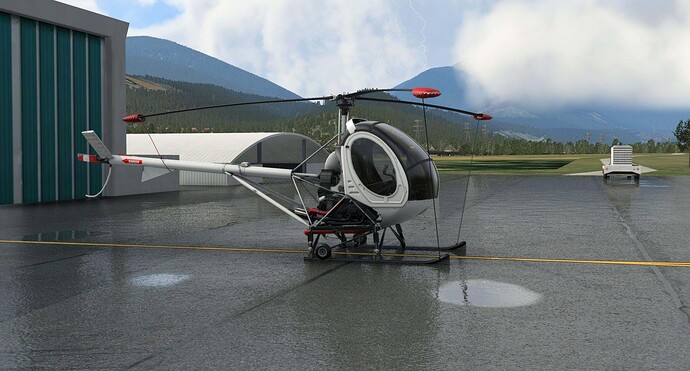 The S300 and the Bell 407 are the first ones to get an update from the developer.

Nothing on the MD 88 which I suspect will be a paid upgrade to a new version due to its age.

I think its safe to say anything released for XP 10 will need a paid upgrade.

When I wrote that, I went looking on their website to make sure I was correct. I remember them promising that they would. I couldn’t find anything though. I guess they were just ‘doing it’ instead of talking about it. Nice! Love that team.

If you go into your purchased products on the store page, there are XP12 versions available for download.

Word is the Islanders (piston and turbine) both seem to work so far in -12 as well.

X-Crafts has a compatibility patch for their ERJ series, but haven’t fully reworked the existing planes yet for -12: ERJ Family | X-Plane 12 Compatibility Patch — X-Crafts

didnt expect so many surprises from the XP 3rd parties

That is a nice surprise! My “intel” on Dreamfoil’s departure from the hobby was obviously bad and was based on a single post on Cowan’s thread at the dot org site. If DF reintroduces their H125, even though I just bought Cowan’s, I’m on it! Also…downloading XP12 now. Woot!!

As for VSkyLabs, yep. One thing I like about them is that part of their MO is to not use plugins. Everything they design is straight out of planemaker using XP’s “Experimental” flight model. (No longer experimental) So for them, the conversion is easy (if any is even required at all).

Has anyone heard anything official from AirFoilLabs about the King Air 350? I can’t find anything in the support forum at the org.

Update: I installed it and for the most part it works. The only wonkiness is when I pull the prop rpm back to around 1600 for cruise, the torque, ITT, an fuel flow begin jumping around erratically.

that will be interesting having the same modules for the sim. similar to MSFS with its e.g. PC12, already released by Carenado and in the works by SWS.

but its little schizophrenic. the competition is always welcomed, but maybe wider availability of modules (in case devs will work on different types) could also make sense.