I just picked up this bad boy the other day:

The Epic Conflict Between the Galactic Empire and the Rebel Alliance 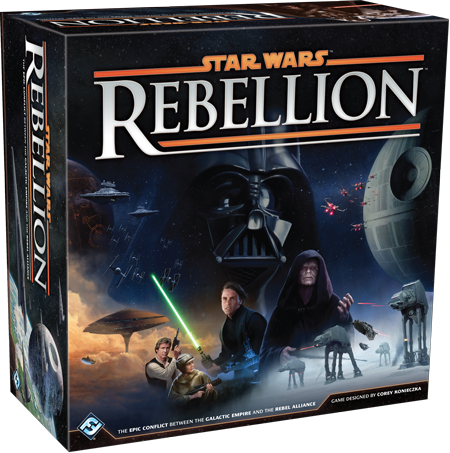 Not intending to brag but I thought we out to have a thread about board games. I know that my love of military sims has steered me toward a variety of older a newer games. I assume others have found this as well. What are your favorites or recommendations?

Which is the one with the ship figures? I saw that a couple of weeks ago and it looked (a) expensive but (b) impressive. Is it a tactical flight game? I’ll dig back the name when I get home…

Could be either Star Wars: X-Wing or Armada.

Could be either Star Wars: X-Wing or Armada. 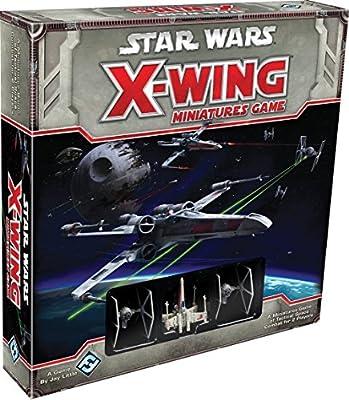 X-Wing is a tactical ship-to-ship combat game in which players take control of powerful Rebel X-wings and nimble Imperial TIE fighters, facing them against each other in fast-paced space combat. Featu ...

Is it any good - the figures look great?

Respect. Now we want an AAR!

Yea they are both great! Simple rules that offer some pretty deep game play. I would definitely recommend.

Been really enjoying a weekly Settlers of Catan with the family (upside: joys of older kids slowly starting to kick in, downside: lend me 40k for college bills pls).

We rotate between poker (gotta start 'em young, right), 'Vidja Games (mainly left 4 dead, although it defeats the purpose of a get together as we are all in separate rooms), Wii U party games, Risk (they gang up on me every.single.time) and was thinking of trying Axis & Allies (although Risk is fairly unpopular, so they think it might be a Worse Risk With More Rules).

Anyone been playing any games like that they could recommend. Hungry for more!

Since I know you like space games I can’t recommend this game enough to you - Space Alert is like a board game version of FTL if you are familiar with that computer game. Everyone has a character token that is in one of the rooms on a top down view of the starship. An mp3 player, or phone, or tablet plays a random alert and everyone has to write down the actions that they are going to do. Shields have to get turned on. Engines have to get fired up. Weapons need to be fired. Boarders need to be repelled. So a fair amount of co-ordination needs to happen. When it inevitably doesn’t hilarity ensues, as well as an even more tense next turn. Really great fun and very thematic with the alerts blaring out from a Bluetooth speaker. 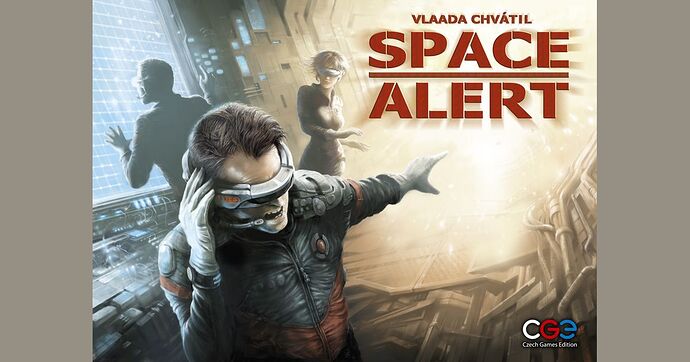 This ship runs itself! Wait, why are our shields down and where did you go? Help us!

I would also highly recommend the Dungeons and Dragons Adventure games. There are several and you can combine them. My inlaws give me one every holidays from my Amazon list so I have several. They are great because they really capture the feel of a role playing game without the need of a DM or the time to create a campaign or even the time to play in one consistently. They come with pre-built characters that have minis for them and all of the monsters have minis as well. The best part is the way the dungeon tiles are laid out as you play so the theme is excellent and the dungeon is different every time. A whole adventure can be done in two to three hours. Really great stuff if family fantasy monster bashing might be your thing. 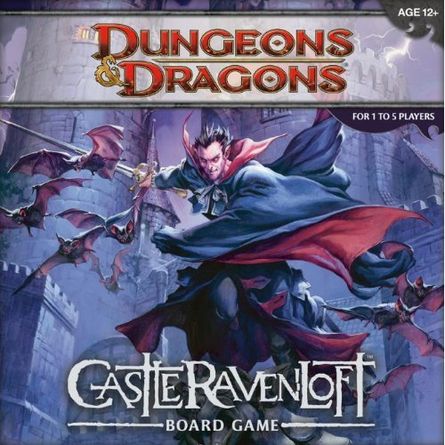 The master of Ravenloft is having guests for dinner – and you are invited! 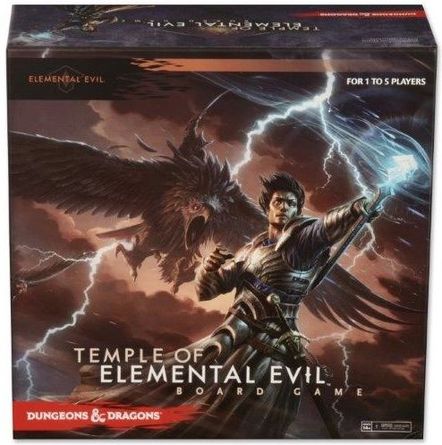 Explore the monster-infested dungeons beneath the Sword Coast.

And lastly - because I could go on for awhile - King of Tokyo I mean you all play monsters and aliens destroying Tokyo and each other. So I don’t have to mention theme, its right there on the cover. Most big games don’t scale well with more players due to long wait times and complexity, but KoT is fast paced and can handle 6 players (and more with expansions) without breaking a sweat. 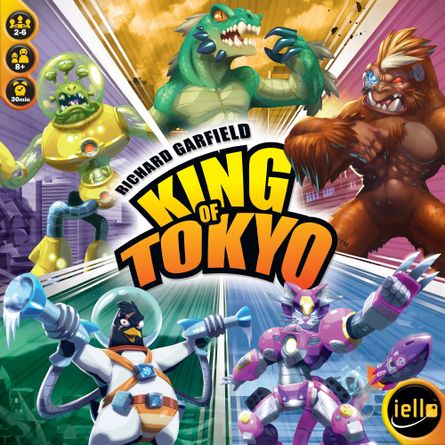 It's a fight to the death when giant monsters battle over Tokyo in this dice-roller.

Tiny Epic Galaxies - Just what it says, a huge amount of game with deep gameplay in a tiny box 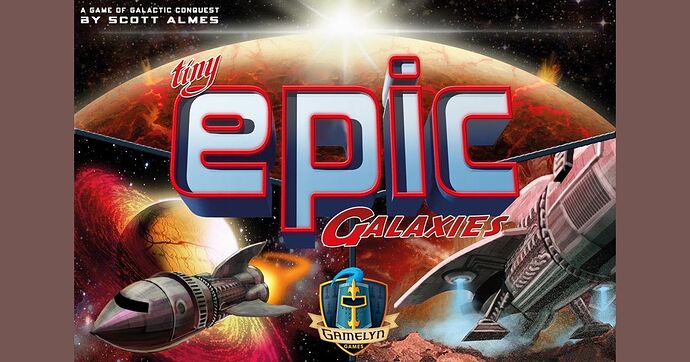 Roll your dice and colonize planets, utilizing your energy and culture.

Kung Fu Fighting - Probably the best drinking card game ever made. Everyone is in a room fighting Hong Kong cinema style! Cards are chairs, nunchuks, kicks, punches, ladders, you get the idea. Can be played literally at any one of thousands of craft brew pubs springing up around you and wherever you go. 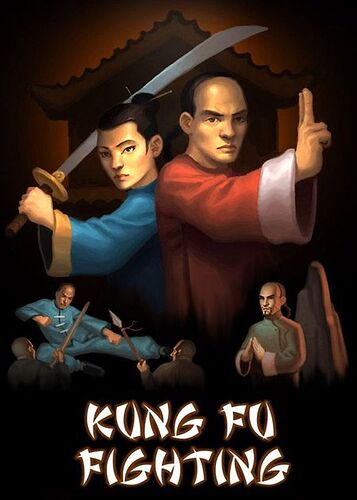 Kung Fu Fighting is a card game that simulates an all-out brawl between 2-6 kung fu masters! Players are dealt a hand of cards, which include attacks, attack enhancements, weapons, blocks, chi restoration (healing) and fighting stances. They take...

Going to check out Space Alert in the local shop - thanks tw. From start to finish what’s typical game time length?

I mean you have Risk in your current list so what are time constraints exactly?

But for games of this type always figure 2 to 3 hours for the first session as everyone learns the mechanics. Then 2 hours or less for subsequent play as everyone knows what to do.

A couple of hours is about right, although the co-op vs the-winner thing is definitely something that comes up, in that Risk sometimes goes bad when it becomes a pile on for one person - the idea of a co-op board game sounds really good for us to try. Catan is good because at least there is friendly trading etc.

As you can see from my selections my group doesn’t like competitive games unless they are big monsters or we are drinking heavily. We all need to be friends with each other the next day.

If the Space Alert suggestion grabs you I would also recommend Space Cadets - The bridge simulator of board games. Everyone has a station and a mini puzzle that they have to work to make things happen. Timed Coordination is the name of the game and good fun. Family team building exercise everyone groans… 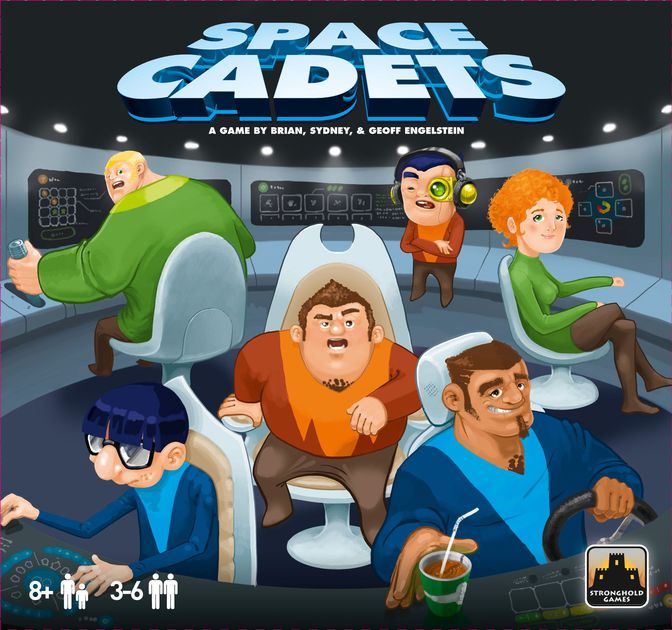 It's your lifelong dream – to join the Star Patrol and be part of the crew of an interstellar Starship. You've worked hard, graduated from the academy, and received your first assignment as part of a team of young recruits, confident in your...

Hey - why haven’t you played Star Trek Bridge Crew with us then? My hair is now only growing back after @near_blind insisted I went Full-Picard for the last time we played the Next Gen DLC…

Just kidding, I would play it with you guys but I still need to get VR. I know it can be played without but for me the VR killer app is sitting on the original Enterprise bridge. If I can sit in the Captains chair of my youth before I die I will be pretty happy.

(Thinking of picking up a WMR set - It should be fine. Yes it will be fine. We are all fine here)

Speaking of I’m hoping g to get my rift set up in the next week or two so I can get back to it.