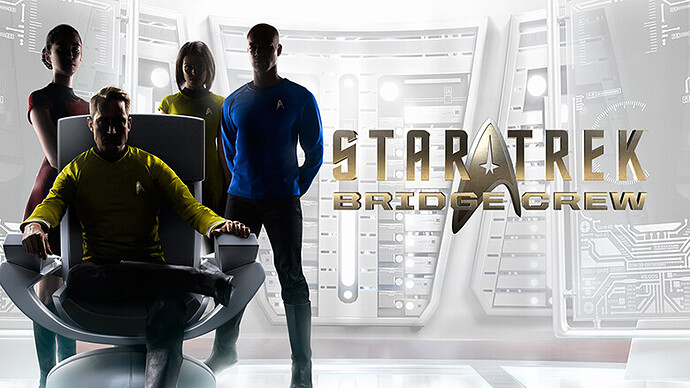 Take Your Seat Among Starfleet Command in ‘Star Trek: Bridge Crew’—Coming to...

If you’ve ever dreamt of taking charge of a federation starship, battling Klingon birds of prey, or speeding off at warp 9, now’s your chance. Set your phasers to fun—Star Trek: Bridge Crew is coming to Rift May 30! WANTED: Four person Mudspike Crew on May 30th to crash into a space dock. Anyone up for it?

An actual gameplay video rather than actors saying ‘wow’ for money: Game’s site, which gives more info on the roles: 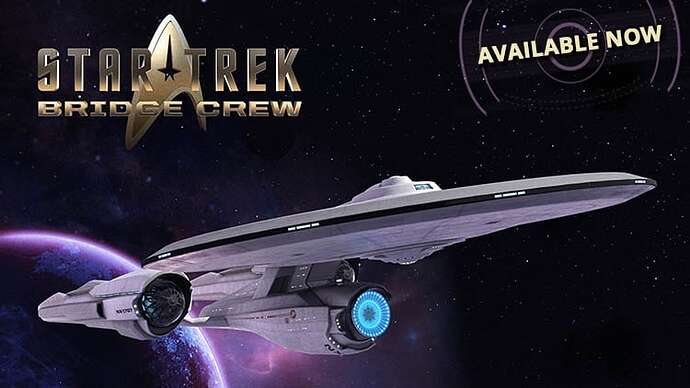 Available for play with VR headsets and without, the Virtual Reality mode developed for Star Trek: Bridge Crew offers a true-to-life level of immersion in the Star Trek universe. 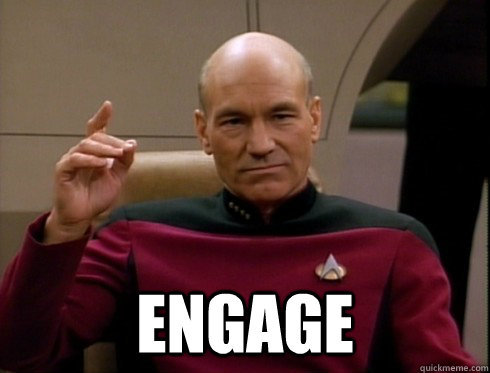 It’s really curious (and I can’t be bothered to look up the reason) on why they didn’t use LCARs for the UI style on the modern ships. Normally the reason is licensing and Paramount, but they obviously got a license for the brand. Hmm… 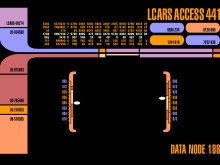 In the Star Trek fictional universe, LCARS (/ˈɛlkɑːrz/; an acronym for Library Computer Access/Retrieval System) is a computer operating system. Within Star Trek chronology, the term was first used in the Star Trek: The Next Generation series. The LCARS graphical user interface was designed by scenic art supervisor and technical consultant Michael Okuda. The original design concept was influenced by a request from Gene Roddenberry that the instrument panels not have a great deal of activity on ...

I am in. As someone who grew up with original Star Trek (reruns in the Seventies, I am not that old so settle down) I have always been more of a Trek guy than a Star Wars guy.

I may have also organized a session or two of Artemis Bridge Simulator back in the day, although none of the participants would admit to it in casual conversation.

Thanks for the fix @fearlessfrog !

Steam have changed their website (yesterday) so that page URL’s now have the game title put on the end, which breaks the expando onebox thing.

Example: you wrote (quite rightly, copying from Steam website today):

…when the forum works with, and was expecting:

So, basically, a Thanks Gabe! thing

It’s really curious (and I can’t be bothered to look up the reason) on why they didn’t use LCARs for the UI style on the modern ships. Normally the reason is licensing and Paramount, but they obviously got a license for the brand. Hmm…

Game is going off the alt time line from the new movies, but either way the ship is closer to TOS ships. That fancy LCAR stuff wasn’t around till TNG

Also I’ll most likely be getting this as well, so will be available

That fancy LCAR stuff wasn’t around till TNG

I wonder if Ubisoft will do DLC? lol

Too many acronyms… D:

I also grew up during the 70’s and the next generation et al passed me by, but I love the new movie franchise and this game looks so much fun I guess I will be getting it. “Pity those who have no rift for they know not what they are missing” so the Old Chinese proverb goes

Anywho, i own and loved star trek bridge commander, do you think it will be anything like that?

Maybe I could let the cat out of the bag?
(No

I’m scared ■■■■■■■■. Those cats have been in there a loong time and right now they sound pretty pissed through the bag…

But really-
It’s… complicated but I’ve been wanting to make games for the longest time and… Udemy is a pretty powerful platform.
Aaaand… well… I have three gameplay “bible” ready.

Do you remember this? 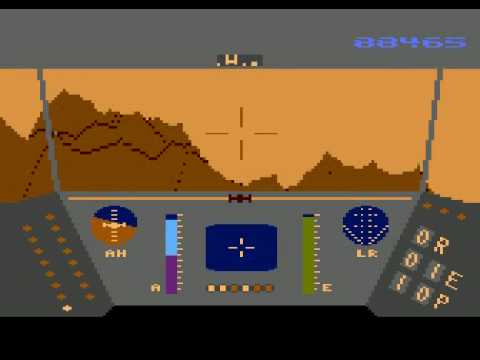 And of course this… Mashing all together in a KISS way.
Do you follow so far?

My problem with this is that according to all I’ve read and seen it’s pretty much mandatory to have a group MP session to get anything out of it. For single players, a modded Bridge Cmdr seems better minus the VR aspect.

You need to find a group of people who:
Are like-minded with you in play styles (serious/RP/casual/goofy)
Are into VR
Have OR’s
Are into Star Trek
Are available during the times you’re available (a big issue unless you have a ton of friends or aren’t picky)

Maybe it’s me, but I think the number of people who will have access to a group like that (and by group it seems to be at least 3 if not 4+, forget 2) is not big enough.

Games that allow decent play for 1 or 2 in addition to 3+ do better.