After tracking a Soviet landing force bound for Iceland it is time to plan your attack. Do you silently close in to torpedo the landing ships and escape during the resulting chaos? Or strike with long-range missiles but risk counterattack from the enemy escorts? Have you detected them all, could another submarine be out there listening for you? Has the hunter become the hunted? Will you survive the Cold Waters?

Inspired by the 1988 classic “Red Storm Rising”, take command a nuclear submarine in a desperate attempt to prevent “mutually assured destruction” when the Cold War gets hot and WWIII begins.

You will be tasked with intercepting convoys, amphibious landings, insertion missions and battling it out with enemy warships, submarines and aircraft. Thankfully, an arsenal of wire-guided torpedoes, anti-ship and cruise missiles and the occasional SEAL team are on board to keep the Iron Curtain at bay. 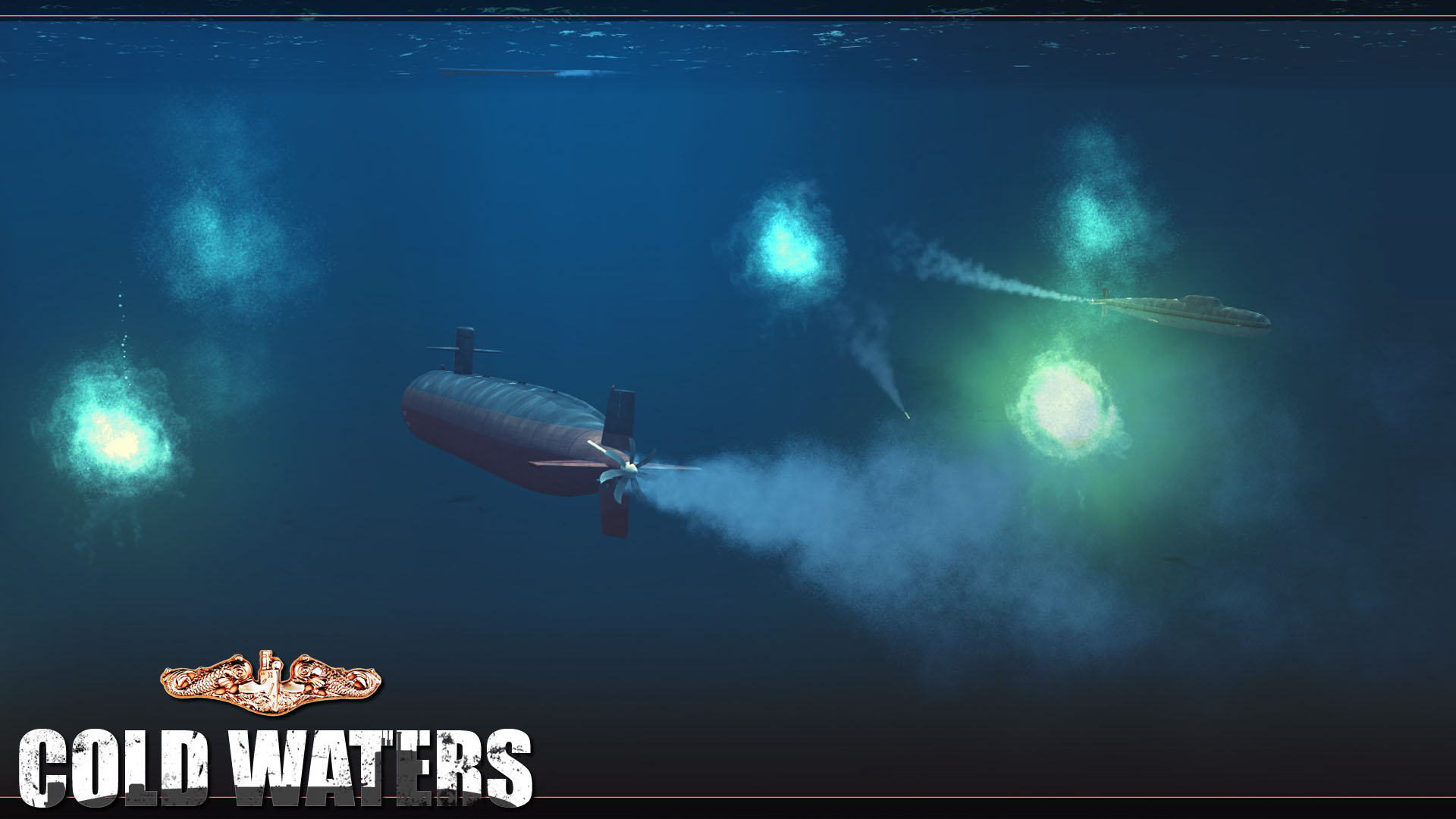 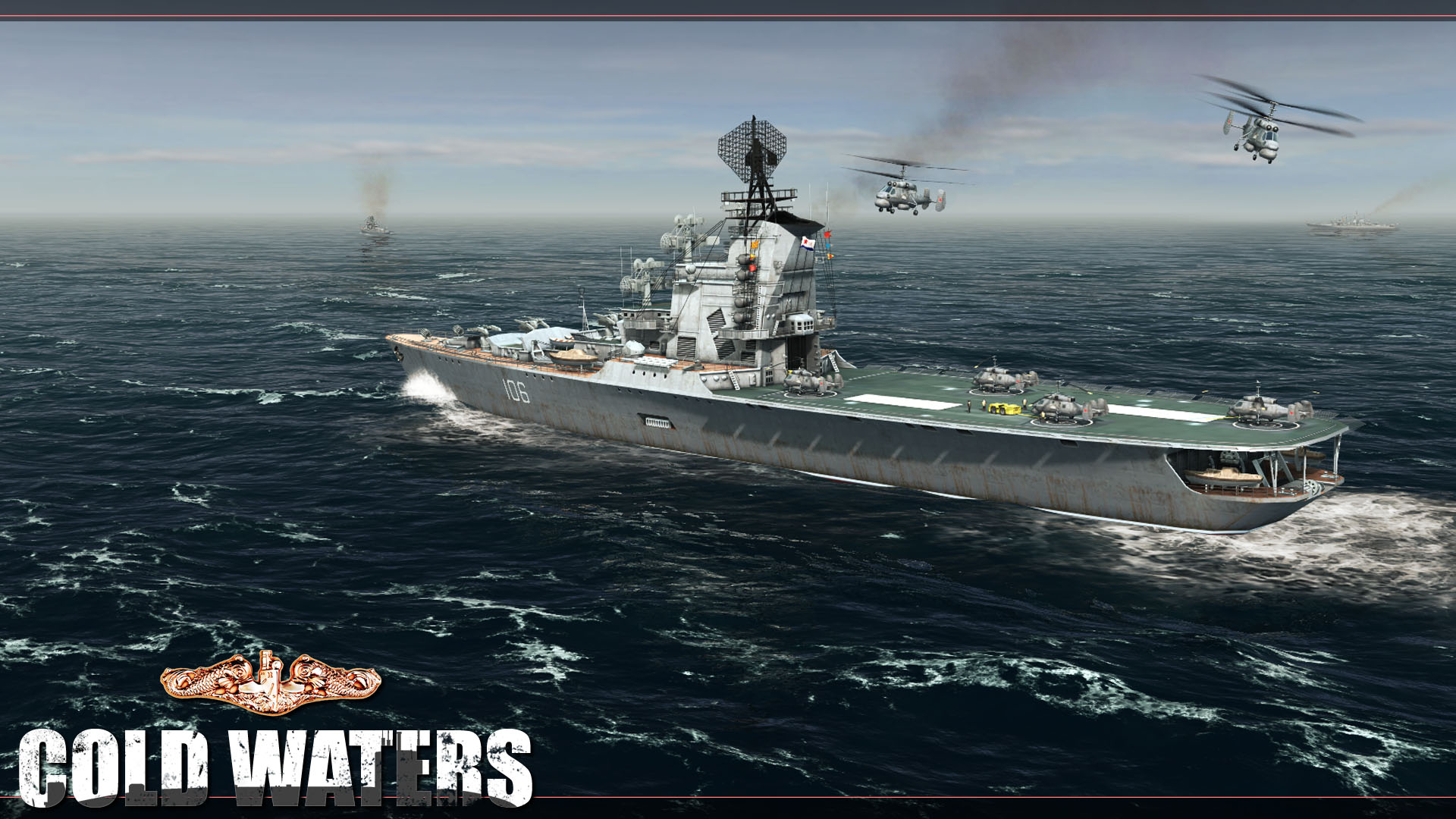 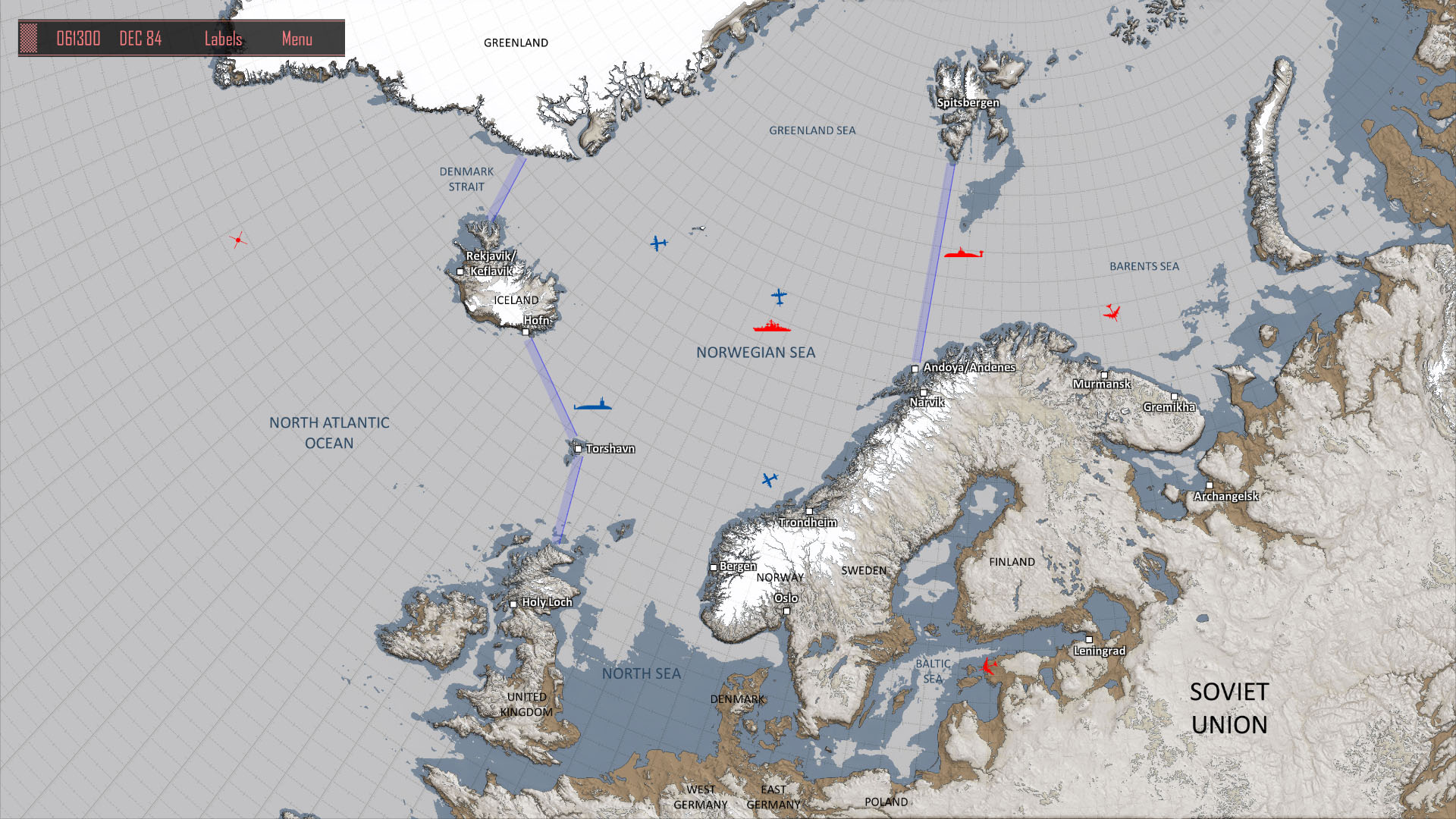 This looks very exciting! I love the setting, I love the graphics. Hopefully the sensor and weapon models will be equally good. This is basically what I hoped Sonalysts to make for the past 10 years. Definitely will keeping an eye on this project.

Voted that I might buy so that this may land on the beaches of steam! Quite the impressive graphics for a subsim.

YES! I’ve been hoping someone would redo that after reading Red Storm Rising! SWEET BABY JESUS!

That’ll do pig, that’ll do

Well, alongside dangerous waters fidelity of systems, i would like (which no subsim i am aware of has) is a modelled ballast and dive plane system.

I would like to silently flow through the water by adjusting buoyancy and dive plane settings.

I’ve heard stories of Cold War sub commanders who would purposely scram their reactor plants and secure some of the excess equipment to try and even further reduce their sound signatures before sneaking into Russian harbors or other high risk spots.

I actually don’t need that - simply because I have Dangerous Waters and have never played it…LOL… But Red Storm Rising (the old PC/C64 game) was fairly simple…but seemed no less entertaining. Even if they took RSR gameplay and just made it awesome graphics-wise…that’d be awesome.

Hey…look at the nuc detachment pouring on the power Level 4…!

An extra day in Bangkok for those guys…

Ah man, I hope they include the USS Narwhal as a playable unit. Faster than a 637, more quiet than a 688.

Trying desperately to think of a way to integrate an off topic discussion of n f111 into a subsim… how… just how?

For starters you can have your demands heard that land-based F-111’s should be in the game. The hypothetical navalised F-111 obviously also need to be represented for just in case scenario’s.

The hypothetical navalised F-111 obviously also need to be represented for just in case scenario’s.

Remember, the navalized F-111 was abandoned in favor of the F-14.

Remember, the navalized F-111 was abandoned in favor of the F-14.

Looks good. I wish I could play it, I know I would buy it and never play it. DCS got me by the throat.

Remember, the navalized F-111 was abandoned in favor of the F-14 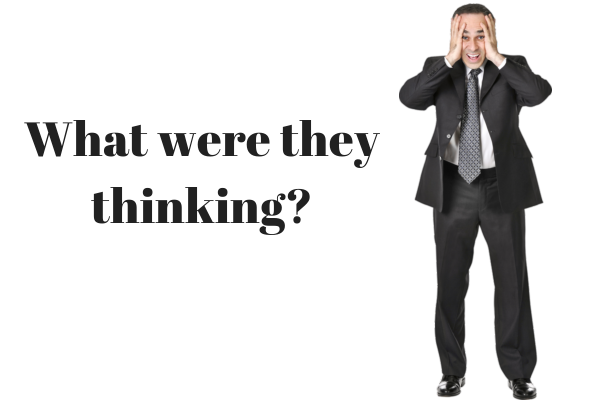 They wanted a jet that could take off and land from a carrier without breaking the jet and the carrier?

Also be able to do more than run like a scalded cat.

They wanted one that could run like a scalded cat and manouver.

I voted for it in Greenlight, but based on its parent Atlantic Fleet, in all likelihood it is going to be to very sim-light. No modelling internal spaces, third-person only and everything essentially way closer than in real-life. I haven’t really played the Atlantic Fleet strategy layer, but I would be very surprised if it Cold Waters was as complex as Naval War Arctic Circle.