Wow, that looks incredibly fun!
How do you find the SAMs? There is no Radar Warning Receiver in this A-4 model, is there?
And how did you find the carrier? Are you using the Doppler navigation set?

It’s quite a challenge, that’s for sure! The only way to spot SAMs is to look for the smoke of a launch and a small moving dot. Fortunately, you can skirt the edge of the envelope and take evasive with the SA-11, and since the scenario only has two launchers you only need to dodge 8 missiles. Less if the other A-4 gets shot at!

Yeah, the doppler navigation system is the only way to fly. It’s imperfect but with a sharp eye it gets you close enough. 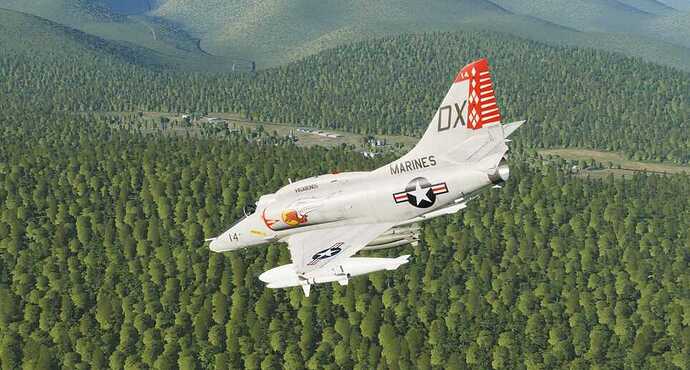 Is the Shrike actually implemented?

Is the Shrike actually implemented?

Yup, and behaves fairly realistically (tracks radar beams, so if a radar is pointing off to the side it will track the beam rather than the source).

Giving the Mav’s on the Hornet a go, its nice to finally have something with alittle stand off. 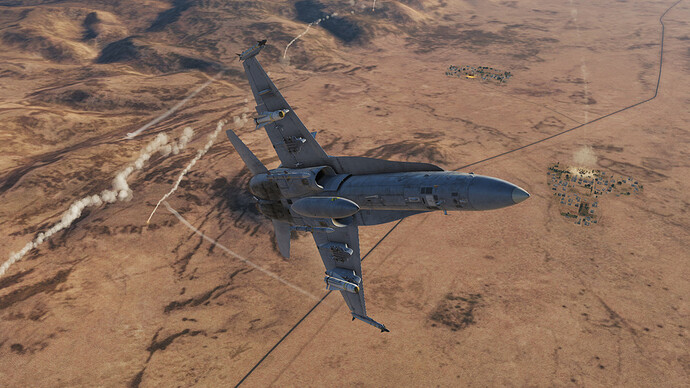 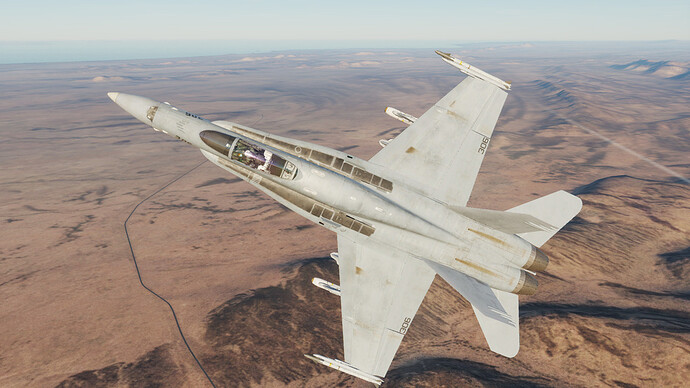 I really wish we could get Heatblurs F-14B model in game before the launch, the more I see it the harder it is to look at the current model. 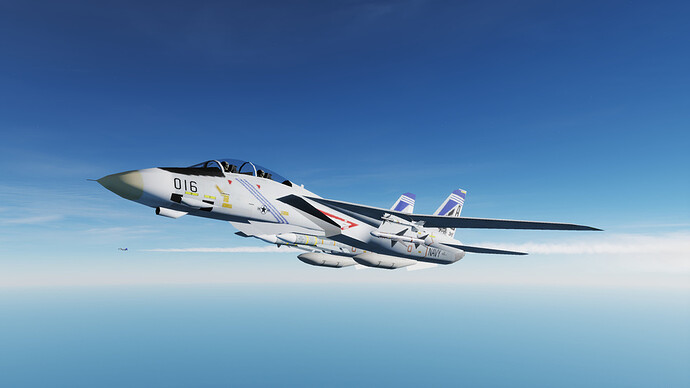 Wow that takes me back to Flanker 2.5! 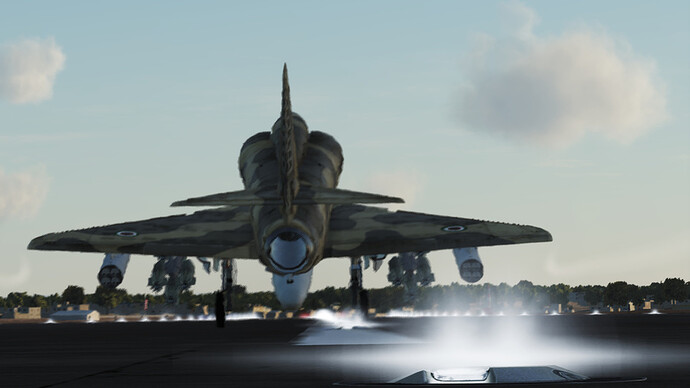 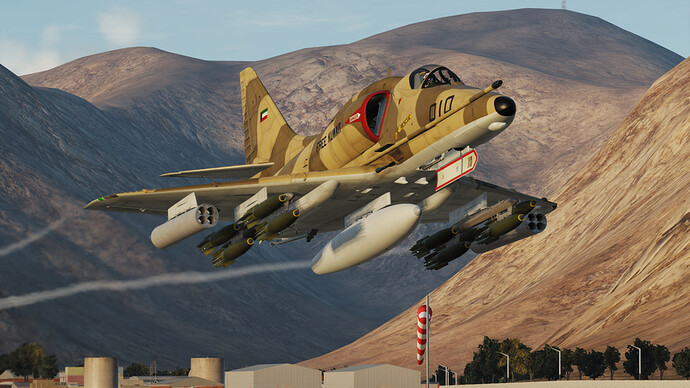 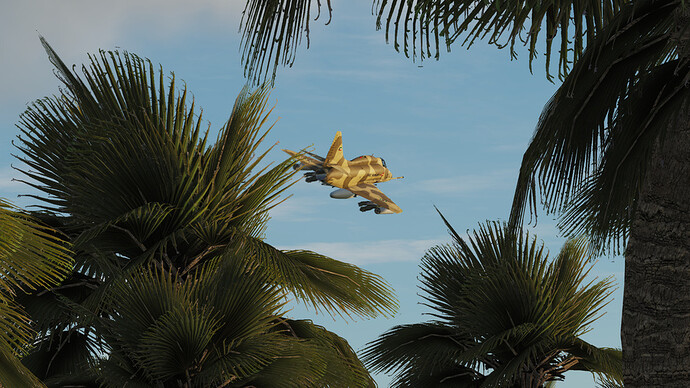 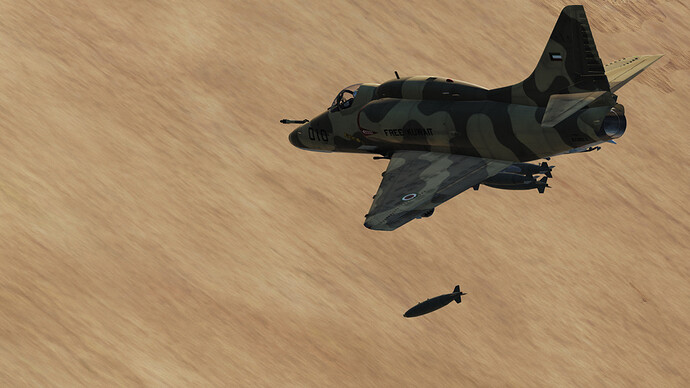 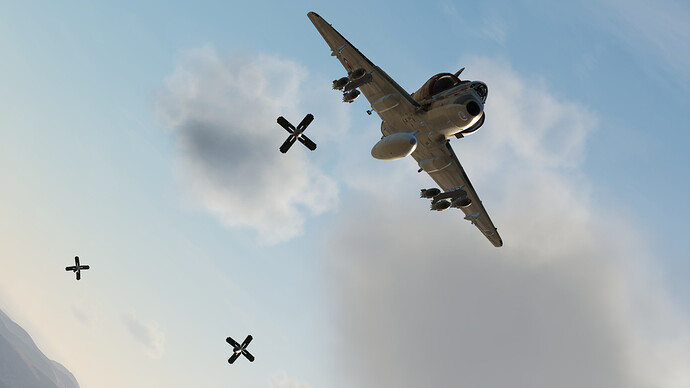 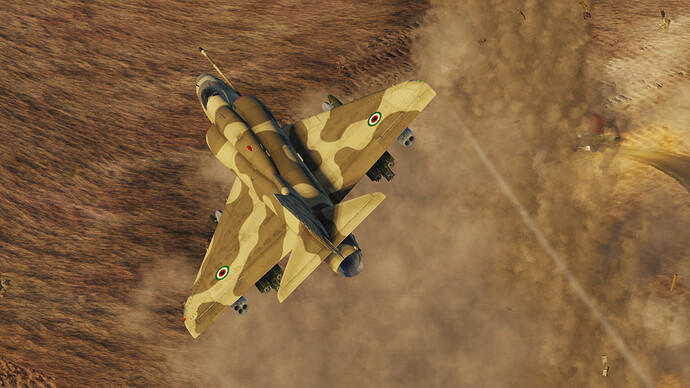 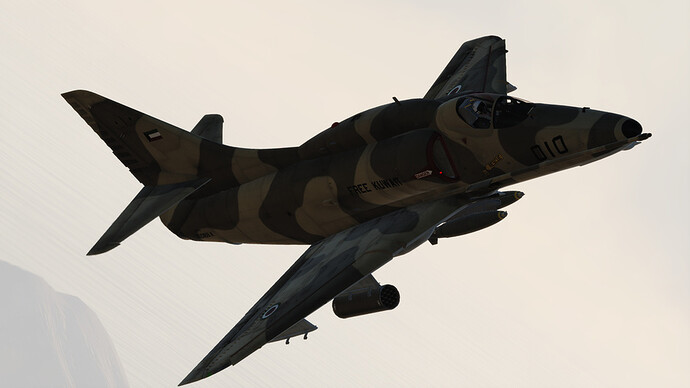 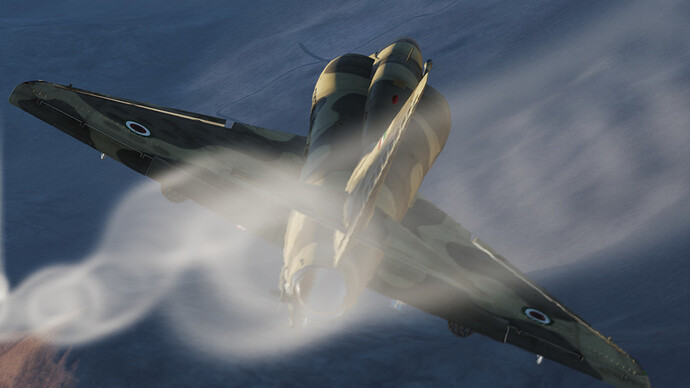 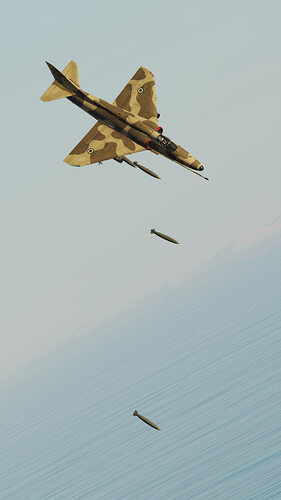 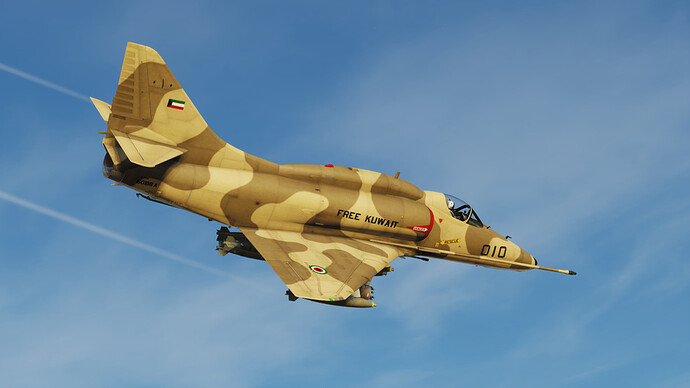 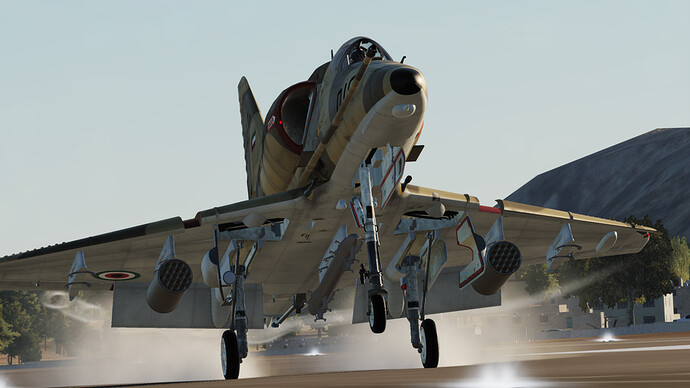 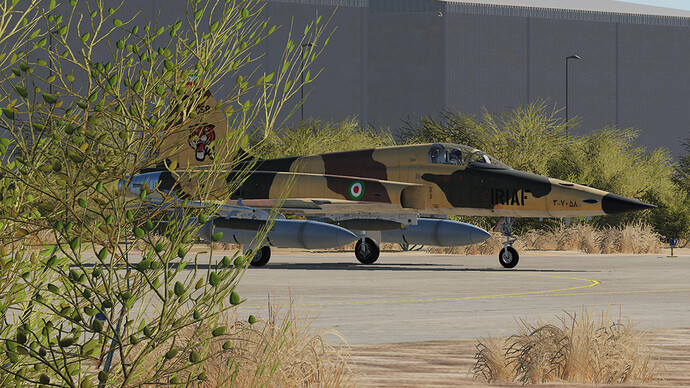 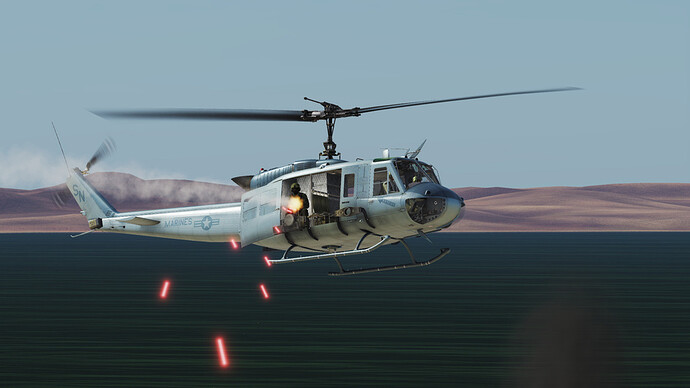 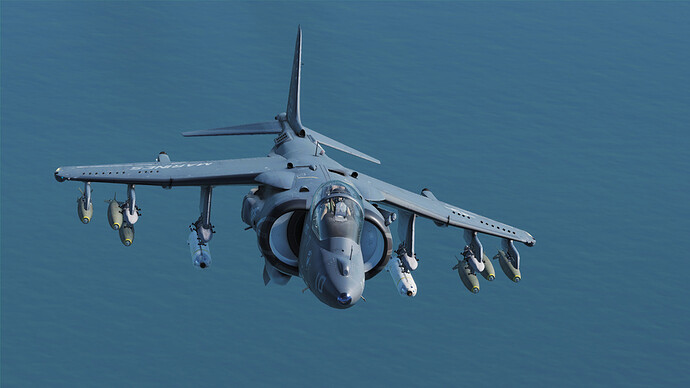 Flanker thought he didn’t have to worry about my A-4. He gun-gun’d in the butt-butt. 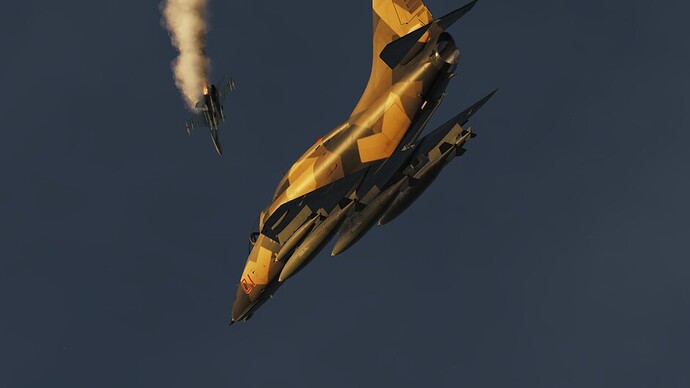 While lugging a full egg basket. That better be multiplayer. Or else that FM is slightly suspect.

“Don’t be too proud of this technological terror you’ve constructed. The ability to destroy a planet is insignificant next to the power of the Force.”
— D. Vader

“Damn everything but the circus”
– E. E. Cummings

“What contemptible scoundrel stole the cork from my lunch?”
-W. C. Fields

“I say, Jane,” I’d say to my wife, “the garden’s looking very homosexual this morning.”

“I was thrown out of college for cheating on the metaphysics exam; I looked into the soul of the boy sitting next to me.”