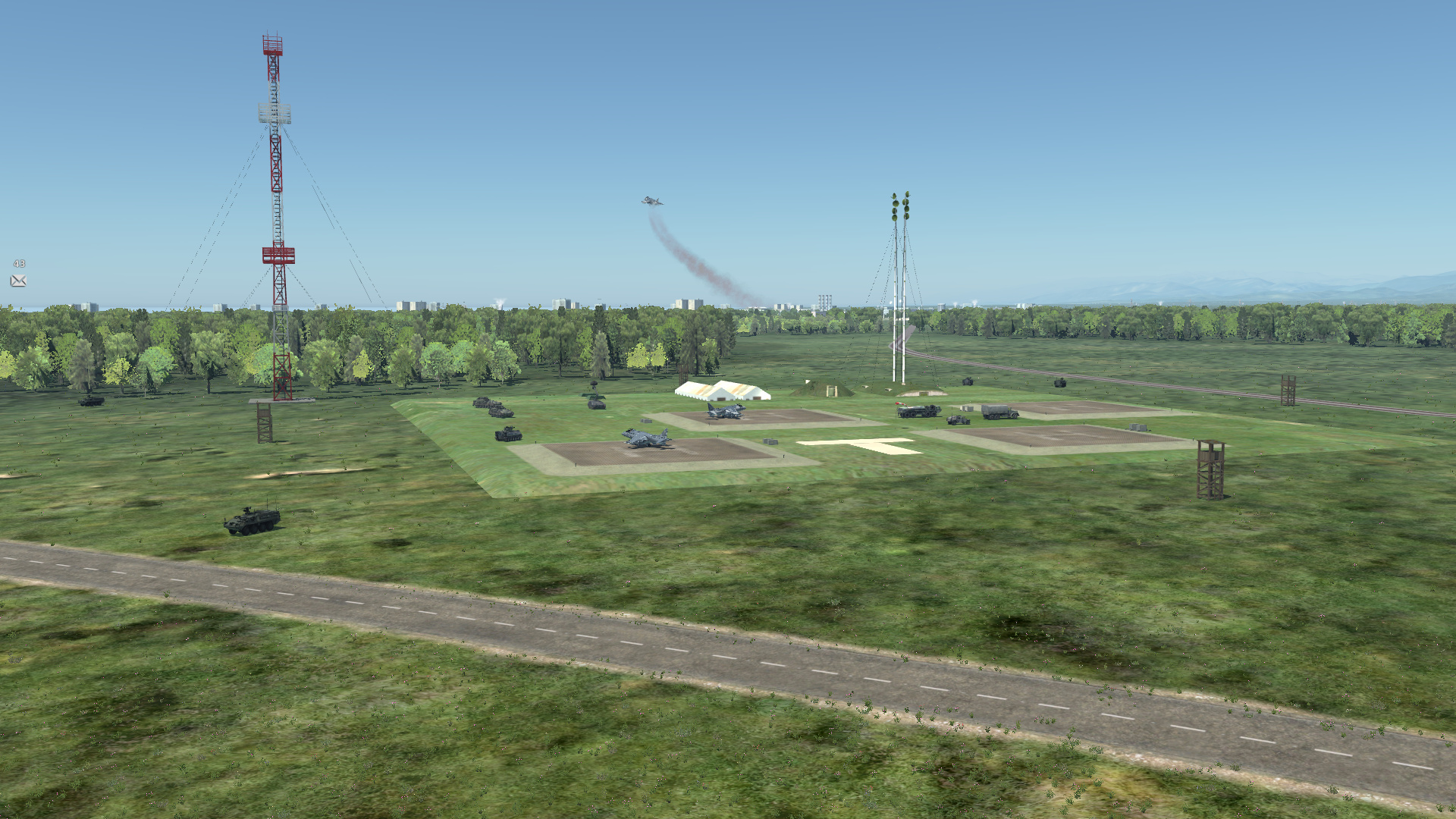 This mission contains 4 primary operations areas. These areas are grouped around flight combat ‘eras’ and DCS modules that might exist within those ‘eras’. Each area will be covered in later kneeboard pages.

This mission contains almost 90 client slots but it is not designed to be able to handle all of that at once. Instead, the client list is intended to provide flexibility allowing groups to perform training with a wide selection of DCS Module choices. Depending on the server, it is recommended that up to 16 clients should be active at any given time.

This mission may have various times and weather options but the base mission will always be 12 noon, 1 June 2011 with calm and clear weather - for training purposes.

Almost any task is possible.

This mission is designed in a way to allow ‘generating’ of missions during its time active. This is intended to give the ‘mission lead’ complete control over what happens - directing flight elements to contact ground to obtain a weapons load out (as directed by the flight lead) and call in enemy elements to achieve the training targets.

There are a number of support assets in the Modern Area, including AWACS and Air Refueling.

Additional information is contained in the kneeboards (in the in-game kneeboard system) take a look at those. They will be added to this mission post as a follow up post.

This mission is not dependent on any content external to DCS World.

This mission uses MOOSE 2.3 which is included in the .miz and .zip files. MOOSE was developed by FlightControl and is an excellent scripting addition (ED Forum link). I have included my source code that takes care of the group spawning (AI Adversary, Tanker, AWACS, Ground Convoys and SAM groups).

CAUTION: You can spawn, literally, hundreds of groups/units in this mission - and this can break your server (think seconds per frame). Missions are ‘called in’ via the F10 Communication menu under which there will be a “Mudspike 2017 Fly-In” option. This option will contain sub-options for each Era Area, which will then contain options relating to CAP, Convoy, Depot and other spawns. Further sub-options will allow the selection of pertinent groups fitting the Menu choices.

CAUTION: Comms menu may available to all clients or it may be limited to the JTAC/GAME MASTER slots (when they enter a BLUE-JTAC-* ground unit); only Flight Leads should make choices so they control the training. 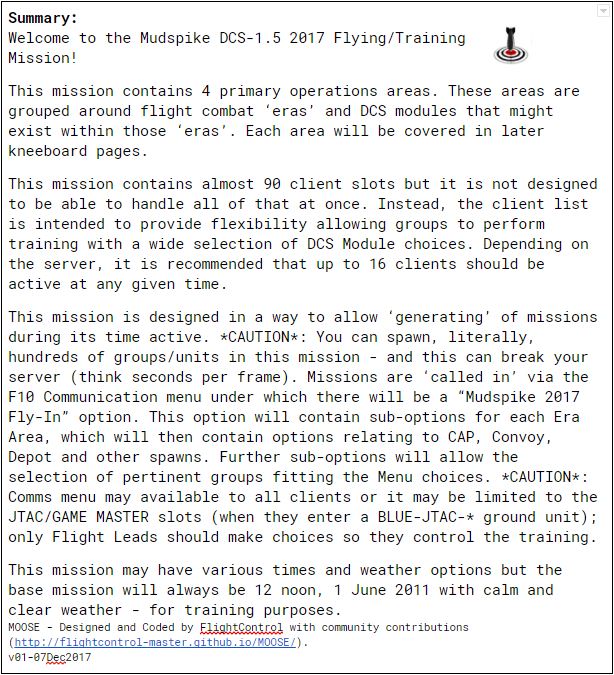 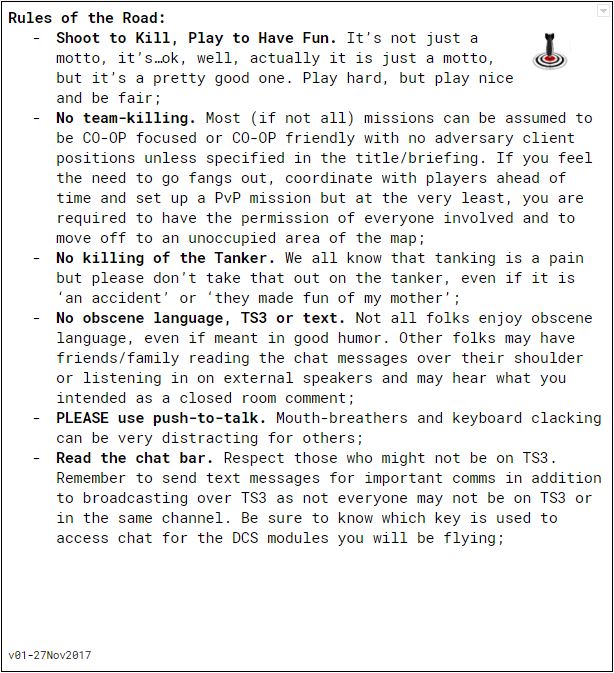 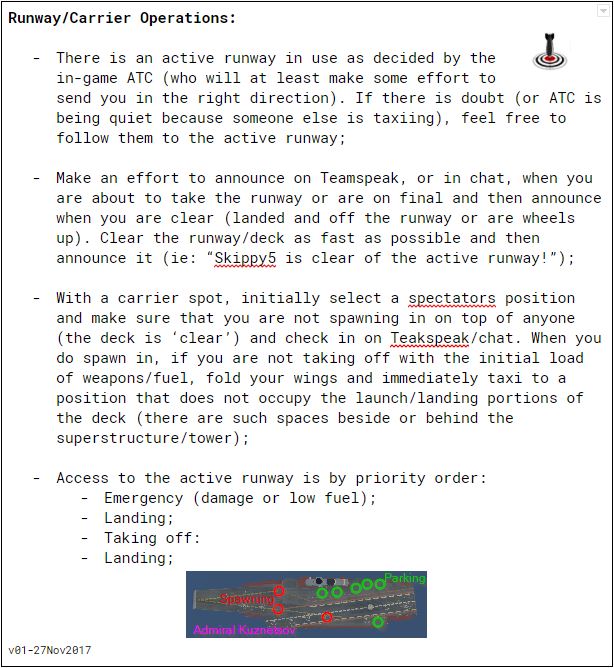 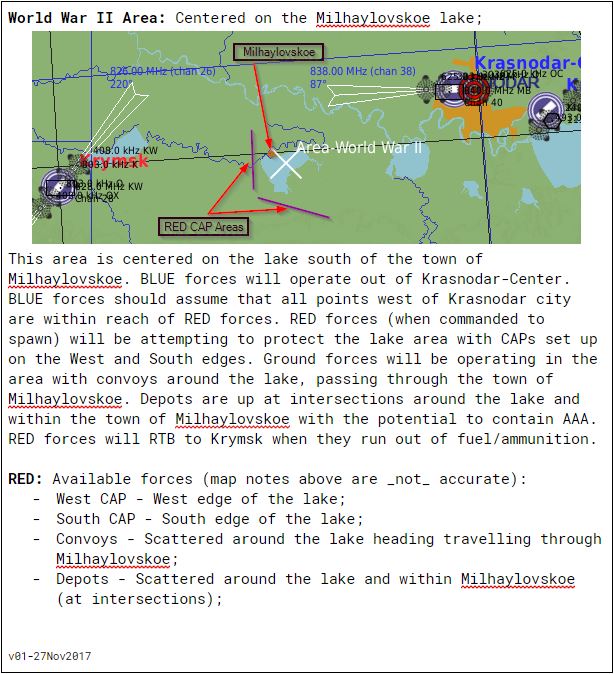 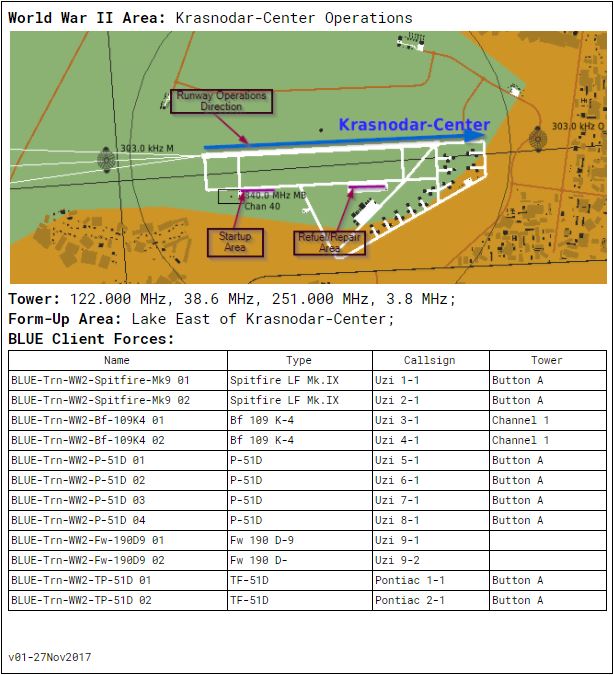 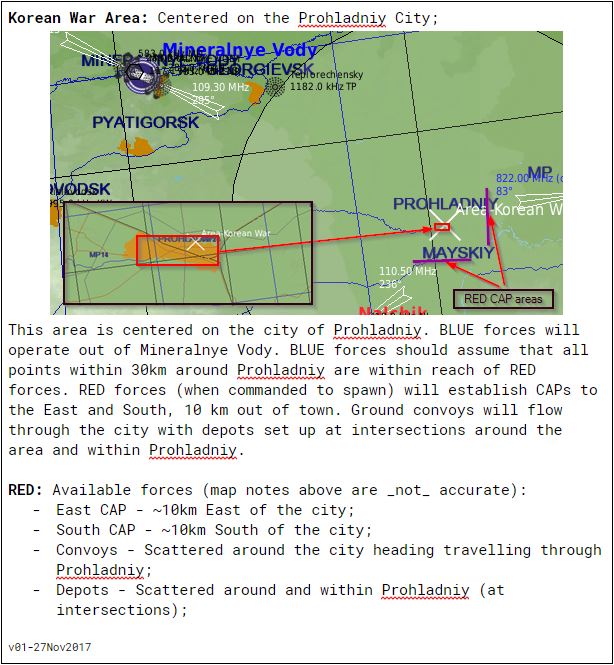 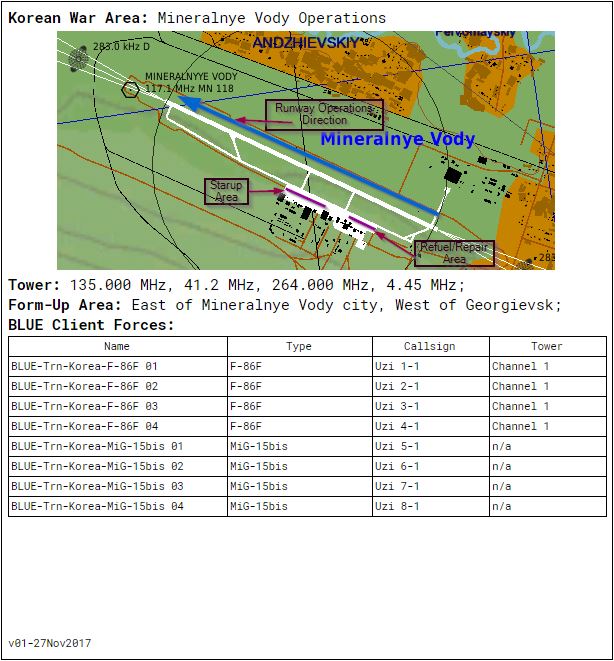 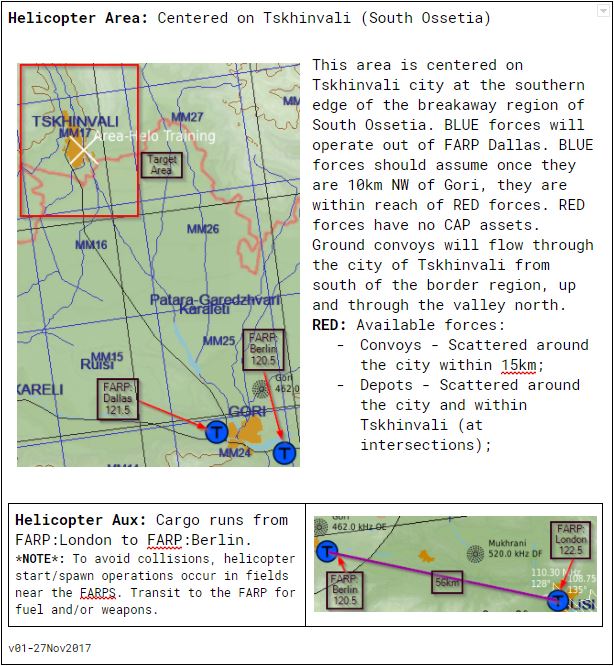 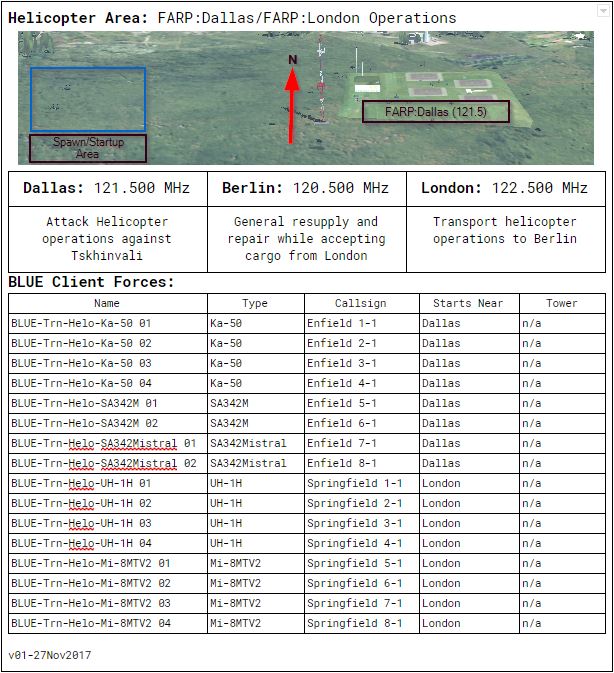 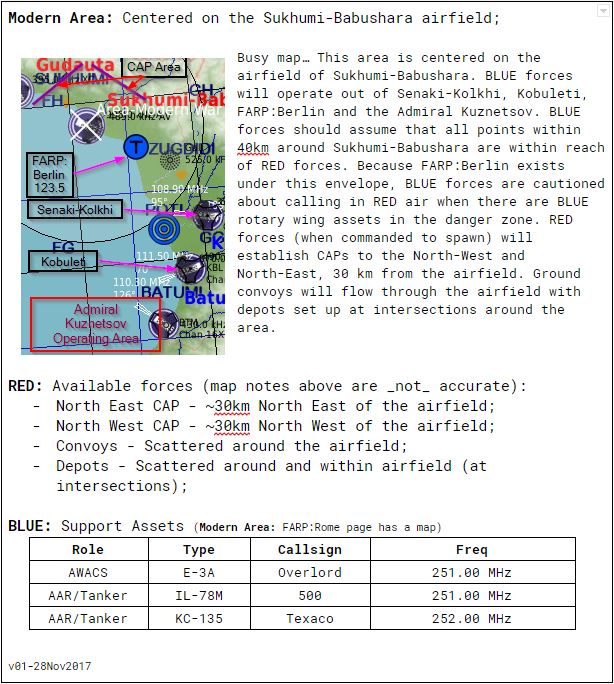 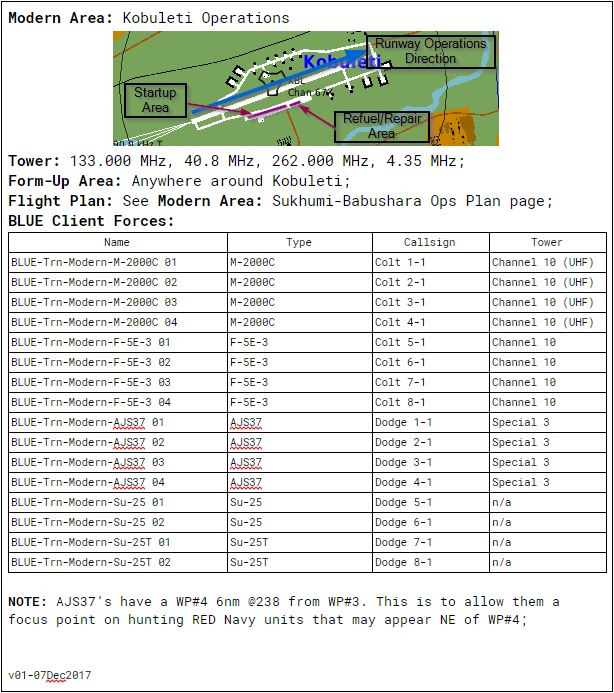 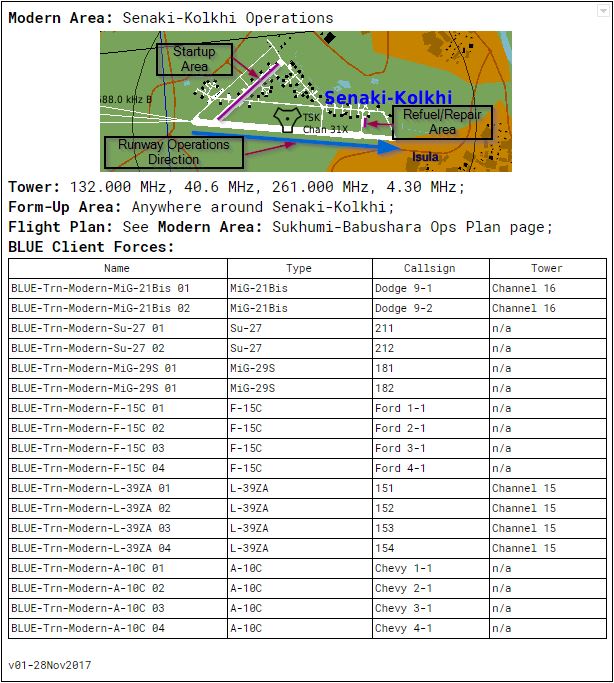 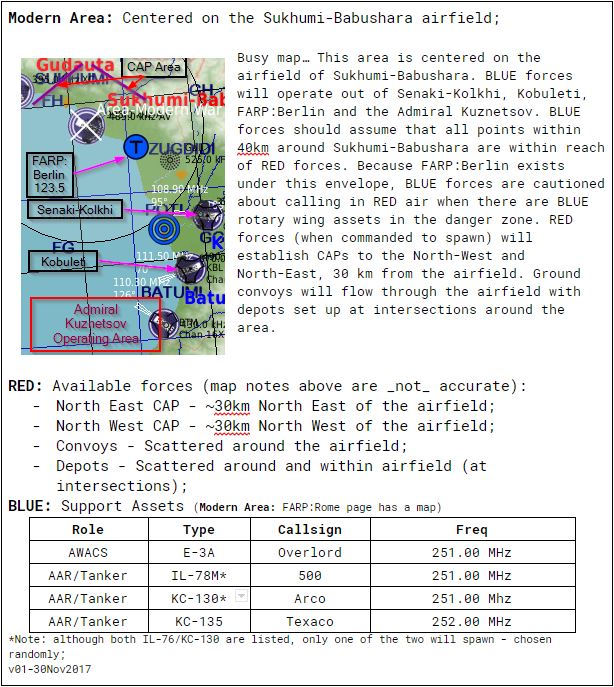 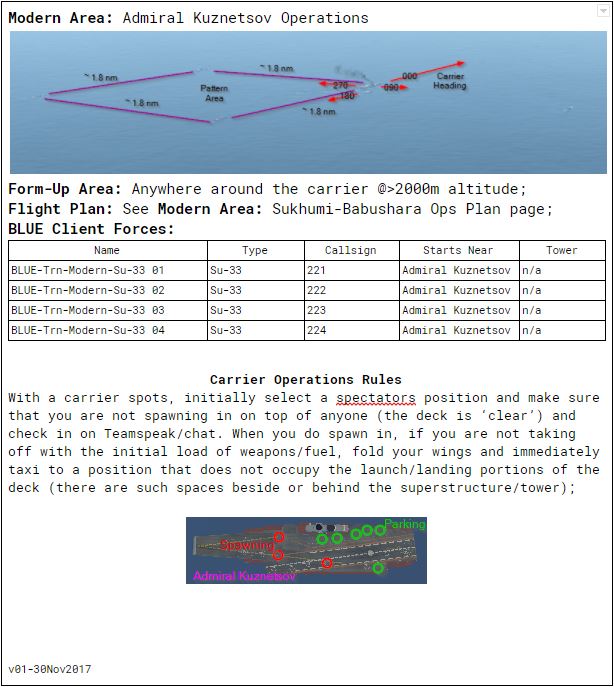 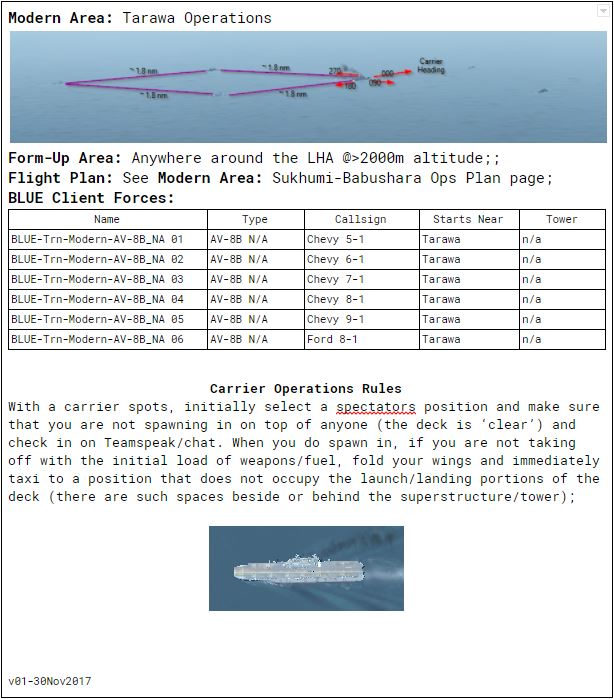 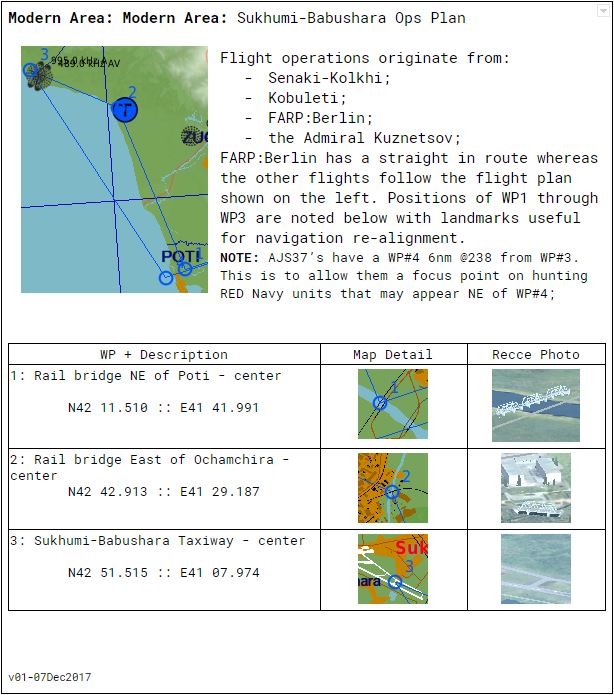