Keyhole? Mind explaining what that was about?

By now we've all seen quite some posts on proper employment of dumb bombs and some hints towards deployment of the LGB. What about the Mavericks though? In DCS you can simply launch the missile and you can be pretty sure it will be a hit, regardless...

tl;dr The Maverick was designed in 19Dickety2 and doesn’t have high off bore sight launch capability. You need have the seeker relatively centered on the target, and avoid extreme maneuvers until after firing.

tl;dr The Maverick was designed in 19Dickety2 and doesn’t have high off bore sight launch capability. You need have the seeker relatively centered on the target, and avoid extreme maneuvers until after firing.

@SkateZilla - some time ago (in a galaxy far far away) you sent me instructions to manage different DCS exe’s that I did not implement – do you have an app that will manage it?

3 miles is asking for trouble, when a Mav D can lock at ~7. I think on average I hit TMS Up Short about 35 times. 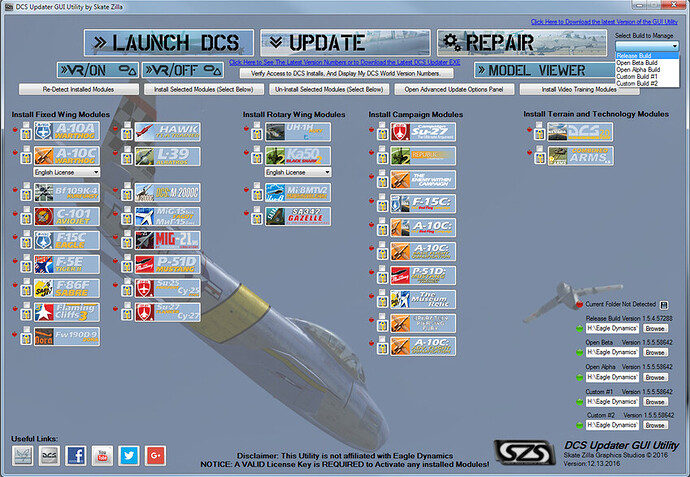 Slick interface! I love that the model viewer is built in. Also, I’m digging the font.

I suppose it depends on how their contract was written and, for now, it’s likely only ED knows the answer.

Does it prevent modeling the 65E for use with the A-10 or does it more broadly prevent the LMAV from being modeled in game at all?

oh, I guess they changed it then. You used to be able to hit an OSA at the absolute max kinetic range.

EDIT: Also @Sryan
I was talking about real life, not the sim.
The Mav is dramatically better in the sim than in reality. Especially in the force correlate mode, which is not used in real life because it is sooo damn bad.
As @WreckingCrew wrote, you are asking for trouble when you use it.

In the sim it also locks onto objects and not based on contrast seen through the sensor. Which honestly makes perfect sense but is a bit of a shame when you realize that(this goes for the Shark’s sensor too, especially the path prediction when tracking targets(behind buildings etc) sometimes feels a little too accurate. 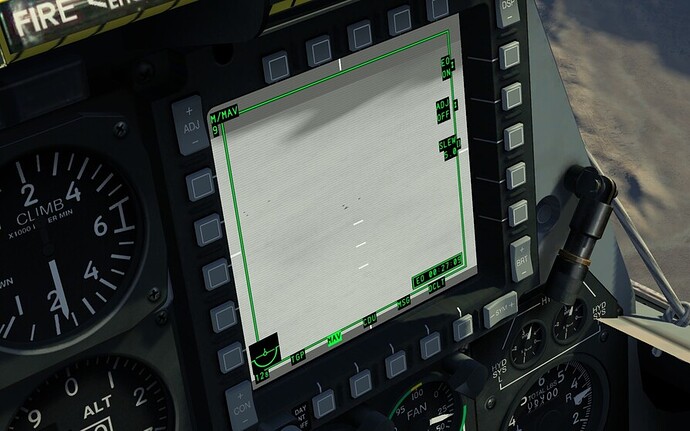 So is this is a bug or is it normal for part of the symbology of the maverick to disppear?

Not 100% sure right now, but it looks like you are probably slewed too much.

Just down a little, but I am flying straight towards the target where the MAV is looking, TGP is looking there too. As soon as I move the MAV a little it will show the markings again on the MFCD.

Did you ground stabilize manually?

No, the maverick keeps on drifting, how do I ground stabilize?

TMS down short. But it only works until you start slewing again.
So the preferred way is to slave it to the TGP.

I see, well when it’s slaved to the TGP it will show me this most of the time. so I have no idea what that is about.

Trying to lock onto the target using TMS up short should fix it.
I wonder why I don’t know what’s up with it, I consider myself pretty good with the A-10C.
Probably I don’t notice it because my procedure is different. Must be a state that I seldomly encounter for some reason.