The forum uses something called ‘Markdown’ as the text editing formatting language. It’s pretty simple, although you can just use the editor toolbar to do this as well (which just does the text bits for you).

Note: there are some special things behind the

A full set of examples are here:

We also allow copy/pasting from HTML, so you can use that.

Because a lot of forums also use BBcode format, we support some of the following as well as Markdown, to make it easy to copy/paste:

We also have some support for tables, detailed here:

Feel free to use this topic to try things out.

can you tell what it is yet

I’m quite felling let down. I was seriously expecting some

Once you’re done practising, maybe some of you can try to tidy up my Samsung Odyssey setup guide

Look at the earlier versions of the wiki to see the intended formatting, and try replacing that -> and indentation stuff with lists or something. I would appreciate it a lot!

Good night! Have fun Americans! It’s way past bedtime here in the EU!

Although there is part of me that feels I might regret this, you can change font size with headings, e.g.

Actually, that reminds me - I’ve added two new themes to the defaults for how the forum is shown. They are called:

They allow you to either have, um, big or small default text depending on how good your eyes are, e.g.

You can use the themes by clicking your avatar on the top right of your screen, hit the ‘gear’

icon and then click ‘Interface’ and change your default ‘Theme’ value. 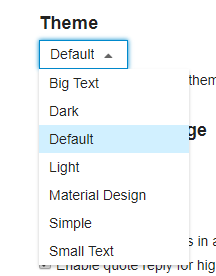 You can preview what a theme looks like by selecting from that box. If you want it to stick, don’t forget the big blue ‘Save’ button at the bottom.

THANKS FROG I WON’T ABUSE THIS I PROMISE

Thanks for all the work you and the others guys continue to do here BTW. 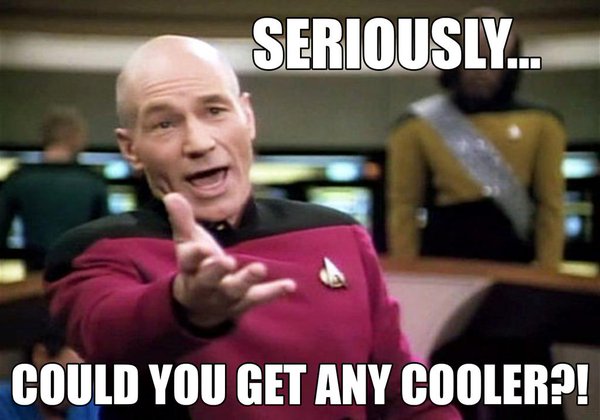 Could we get any cooler? Well, after I chatted to my wife today that I was very excited as I was going to play the Star Trek Bridge Crew with the Next Generation DLC with four grown men who could sit in VR pretending be in on a spaceship this week she expressed a strong opinion that ‘yes’, I could be significantly cooler.

I recall an Avsim statistics report from a couple of years ago that indicated only 2% of flight-simmers are female…so the chance of having a spouse that “gets it” is rather rare…unless you met at a flight sim convention…just say’n.

Yeah, I didn’t mean to make a bold statement or anything. I think the vast majority of people, either male or female, would think someone pretending to be on a spaceship of the future, while wearing a plastic headset and shouting ‘Shields, Mr DeadMeat, Sheilds!’ would classify that behavior as ‘uncool’. But that’s all ok though, as I can see how funny it looks.

As for women in aviation, pretty much every time I get on a commuter flight nowadays one of the pilots is a woman - looks like the industry might be changing. My daughter is thinking about taking flight lessons, and even as a career if she enjoys it.

For flight sims, that 2% growing is probably dependent on how welcoming the other 98% are as well.

My wife would would welcome me on the VR bridge as a sign that she no longer has to watch Star Trek series 14 with me anymore.

Her:
“…ok, so is this before or after Kirk? And the Klingons are bad guys or good guys in this one…? I liked Firefly. Why do they cancel the shows that have new ideas and keep regurgitating this stuff?”

Me:
“…shhhhh she’s in a flashback on Vulcan!”

My wife walked in to the lounge the other day while I was exploring the California Nebula in Elite:Dangerous and asked for the FIFTH time “so … what is the point of this game again?”. Although she has spent an awful lot of time on various Final Fantasy’s over the years she doesn’t get flight or space games at all