Thanks for helping me. Self-moderation is almost as hard as moderating a forum

I deleted it because it is such a negative comment, and not really about games.

Some things just aren’t nice to talk about, but you are right that that does not mean we shouldn’t.
animal suffering

Although I guess this is pretty political and the official rule is no politics.
I find that a very difficult rule though, because IMO there are no actions that are non-political.

There I go again, I derailed it.

Back on track: free is a very good deal.
It’s not a deal per se but my partner has been playing Stray (I’ve been watching) and it is a very very cute game. They put a disproportionate amount of effort into cat animations and it is awesome. Will post some more in the “games we play” thread.

I think I’m making it worse. Do let me know if I should delete it all here

I always wonder how that many things can be given away for free. It’s most likely a potpourri of deals behind it. Some alright, some questionable. Eternal vigiliance!

I find that a very difficult rule though, because IMO there are no actions that are non-political.

There are though, just these days everything has politics assigned to it, shoehorned and hammered in to subvert and coerce the people. This seems especially the case in the US. And if this is Mudspikes stand of ‘no politics’ then this isn’t exactly true as the seems to be a bias… But that’s for another place and time.

As amazing as that sounds I’ll pass for tonight lol

What do you mean? It’s harmless…

I guess i should have added a smiley. Oh well, in for a penny…

While i have no actual knowledge on this stuff, I have a fair idea that surely this would happen on every service on the net to some extent? Almost as if you cant fight it so why bother trying to.

I use a VPN when the mood takes me, but i doubt that actually helps either. Isnt all this just a byproduct of the age we are in? Doesnt make it right or even legal but its not stoppable is it? I mean that as a question. Is it stoppable?

Almost as if you cant fight it so why bother trying to.

Because not fighting back has very real consequences. It’s a real problem for democratic societies.

This would go far beyond the scope of this thread, which this discussion has more than overstretched, but if the topic interests you, I’d recommend reading “The Age of Surveillance Capitalism”.

This pisses me off

(Honestly, curious. I have no knowledge about anything relating to the current MW games. I did play MW3 quite a bit when it came out (and pirate moon, which was superb!), but could just never get into MW4, just didn’t have the same feel.)

Gog, one of the former good guys absolutely bombard me with emails. Constantly. All the bloody time.

Exclusive one time only just for you discount on xyz game. Today only

Your one time personal code discount for random game you’ve never heard of.

Heres a countdown to force you into making a decision on a game you have no intention of buying.

But the worst. The ABSOLUTE BLOODY WORST is
Buy this game now. Quick quick quick. Sale ends soon and its just for you.
ON A GAME I ALREADY OWN.

This is not a dig at mechwarrior. Lol

OMG I had a great time with “MechWarrior 2: 31st Century Combat” online back in '95 LOL! I was using an IPX network emulator called “Kali” back then. Even exchanged words with Jay Cotton, one of the devs … back in those days it was fun hooking up with the OG’s.

Anyone know how Mech 5 is looking? 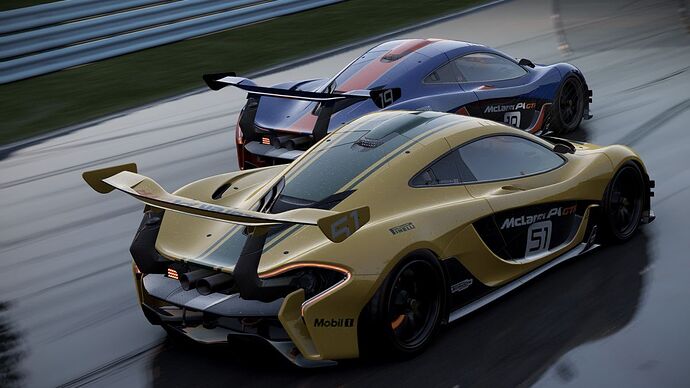 If anybody was sleeping on project cars and wanted to get it eventually. Eventually is now. They’re being delisted for sale on Steam.

Pcars 1 was decent but a disappointment for me due to the amount of content held or unable to be put in from the Alpha phase and the announcement of Pcars 2 on release day.

Pcars 2 is worth it, still one of the best around if you have a wheel. 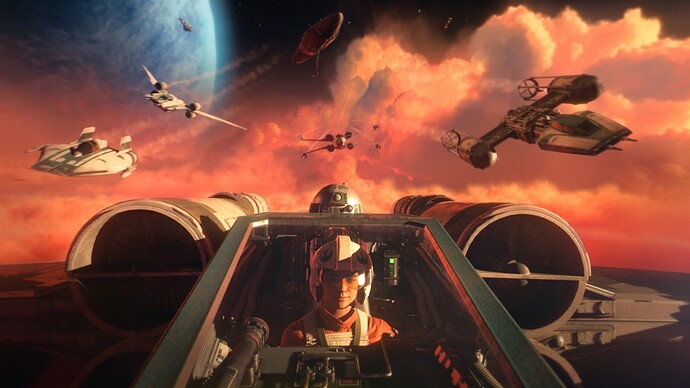 Star Wars Squadrons, one of the best Star Wars games and a revival of the classic X-Wing and TIE Fighter sims, will be free to keep November 24 on Epic

The Steam Autumn sale is on (just in case anyone might have missed it)… hide your wallets!