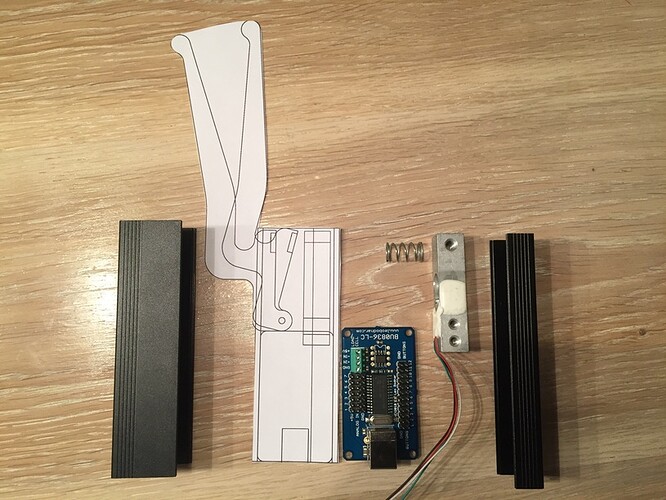 Tinkering with a DIY Handbrake to mount on my BRD-N Black Stork Joystick.
Using a 3Kg loadcell and a Bodnar loadcell board. 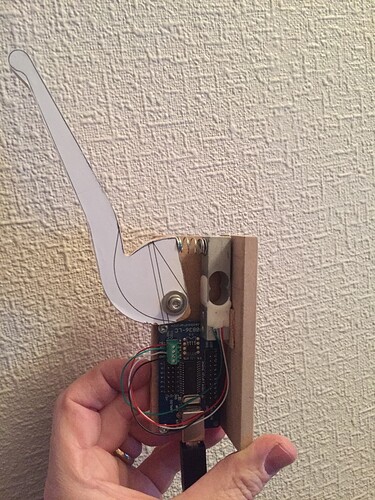 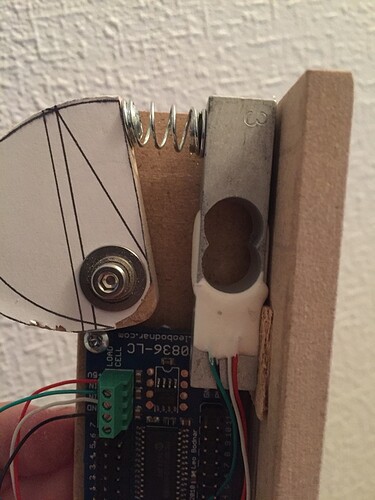 Will it make a ‘hiss’ sound when released?

Very cool DIY @Troll - as I sit here with a broken lightbulb above my head I can feel nothing but a feeling of inadequency.

Will it make a ‘hiss’ sound when released?

But how will you get a snake in there???

I was thinking just the head of the snake and attach electrodes to the tounge, that activates as the signal reaches zero…

Keeping a live, trained, snake in there will become a bother. They eat like a rat every month. 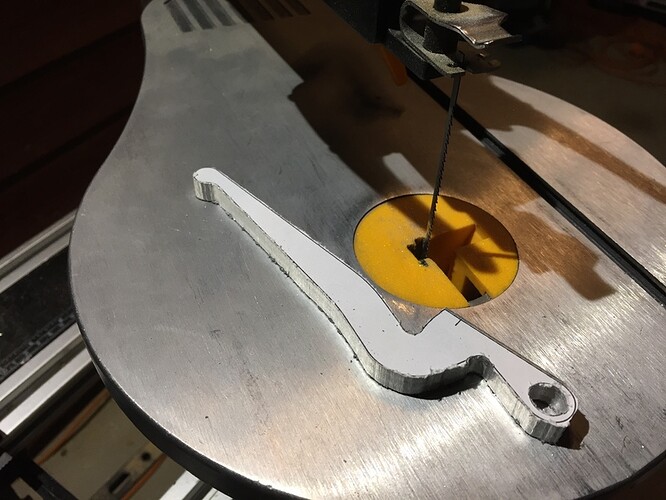 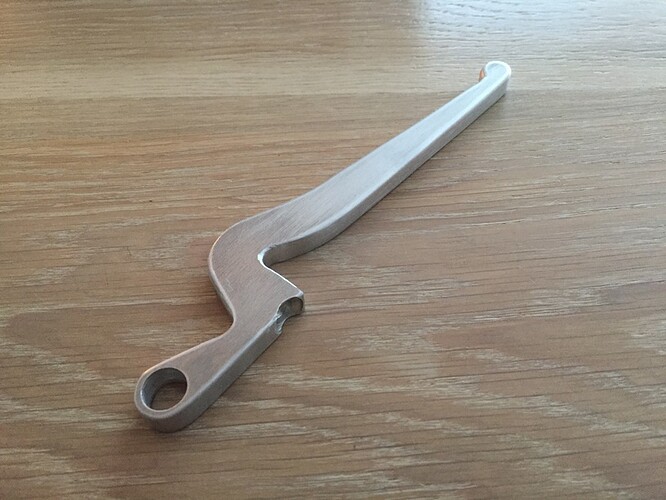 Starting to look the part… 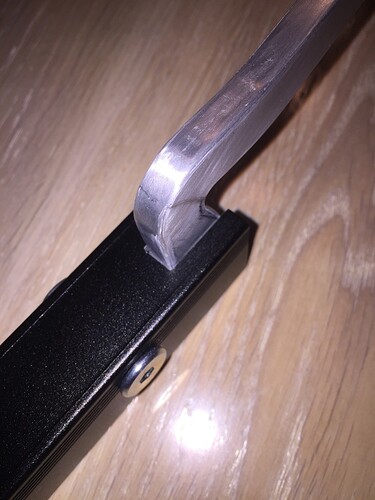 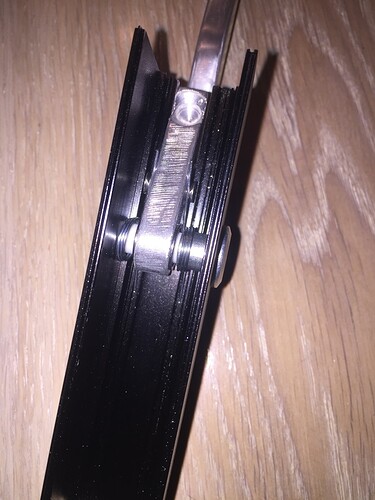 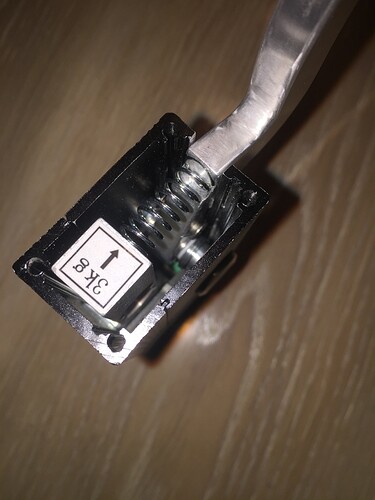 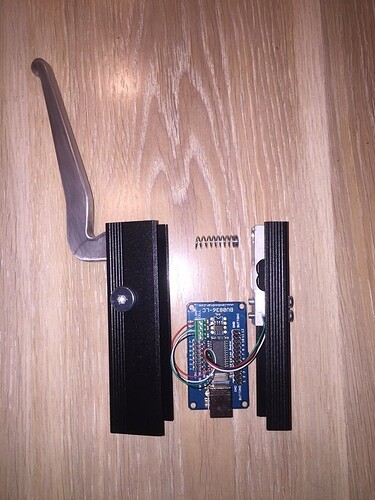 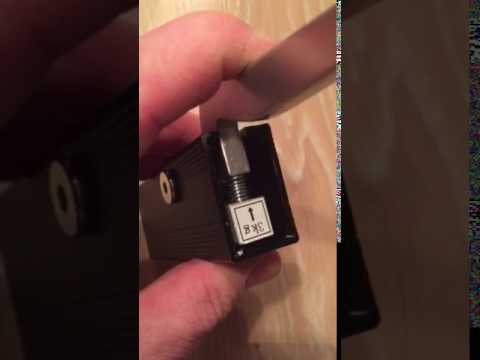 Calling this one finished. 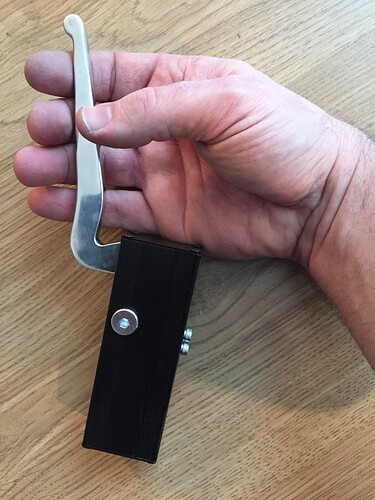 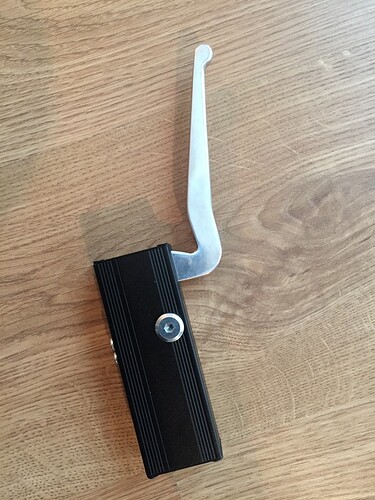 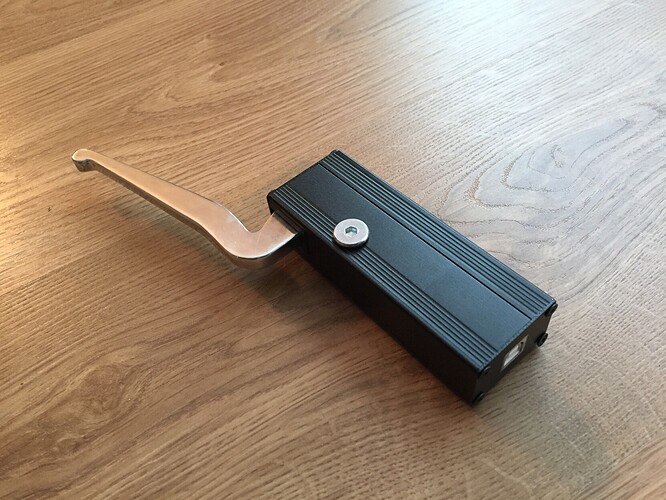 Now let’s hope the mailman brings me my scope adapter, or I will have to make a temporary mount. Straps will work… Or Ductape.

Wish I had some metal working experience!

I just love making things…
There’s something special about using your own controller.

Nothing in the mail today. I’ll just strap the handbrake body to the joystick, for now.

Made a temporary mount. Will mount it slightly closer to the stick when I get the scope adapter.

Tried it with the DCS: L-39C and it works great!
My differential brake control, and thus nosewheel steering, increased ten fold, at least!
Now I can park that thing anywhere. 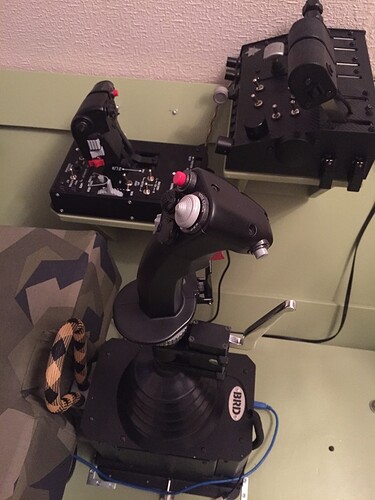 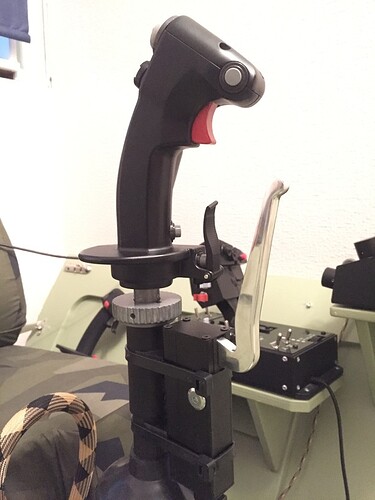 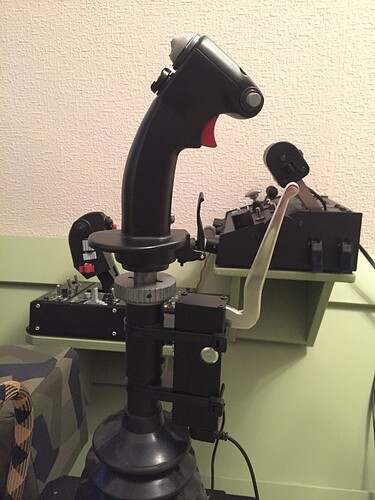 I am envious of your metal workshop! I got the tools to make some light metal stuff though so that’s nice… I mean I really shouldn’t complain…

Working with aluminium is almost as easy as with wood.

I have noticed that the weight of the brake handle, even though it’s aluminium, is enough to trigger a signal from the load cell, when I move the joystick…
Not a lot though. I will dial in a few notches of deadzone to kill it.

I’m surprised at the resolution of the loadcell signal, and how precise the controller is.

I think that that is why they love loadcells for racing sim-gear?

Yeah.
I got the idea of using a loadcell from a racing brakepedal mod. Racers usually get a bigger loadcell and mount a piece of rubber that compresses against the loadcell.
I chose a spring since I needed to control the amount of compression force on the loadcell (max 3Kg) so my handle stops before the spring is fully compressed.

Ah I see, I would have used some sort of screw for that, so that you can easily change that if the cell ever changes.

I thought of that, and I still have the option to add a set screw that will allow for an adjustable stop.
Will be interesting to see how the loadcell and its strain gauges hold up over time…

And I’m happy to report that the DCS: Spitfire groundhandling improved significantly with a proportional brake!
Still is a