Prague, Czech Republic – July 1, 2020 – 1C Entertainment, in partnership with Team Fusion Simulations and in association with 1C Game Studios, is happy to announce IL-2 Sturmovik: Desert Wings - TOBRUK , the new addition to the acclaimed realistic air combat simulator IL-2 Sturmovik: Cliffs of Dover . The game is set to launch this summer via Steam, il2sturmovik.com and other digital stores.

In this exciting new IL-2 Sturmovik: Cliffs of Dover - Blitz Desert War expansion, you can fly with over 40 aircraft and variants from the Royal Air Force, the Luftwaffe or the Regia Aeronautica. See combat in the legendary Spitfire, sturdy Hurricanes, stubby Martlets, and rugged Kittyhawks, or take wing in deadly Messerschmitts and Macchis. The game introduces a flyable Wellington bomber, as well as updated versions of the Ju-88 and Heinkel 111H. Desert Wings allows bomber and fighter jocks of all skill levels the opportunity to fully challenge themselves in this historically based campaign. 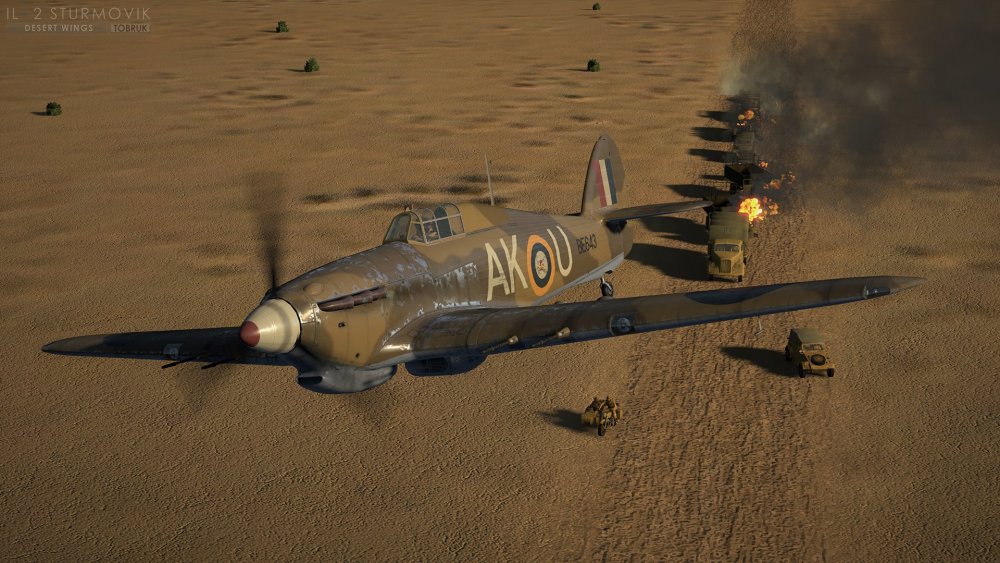 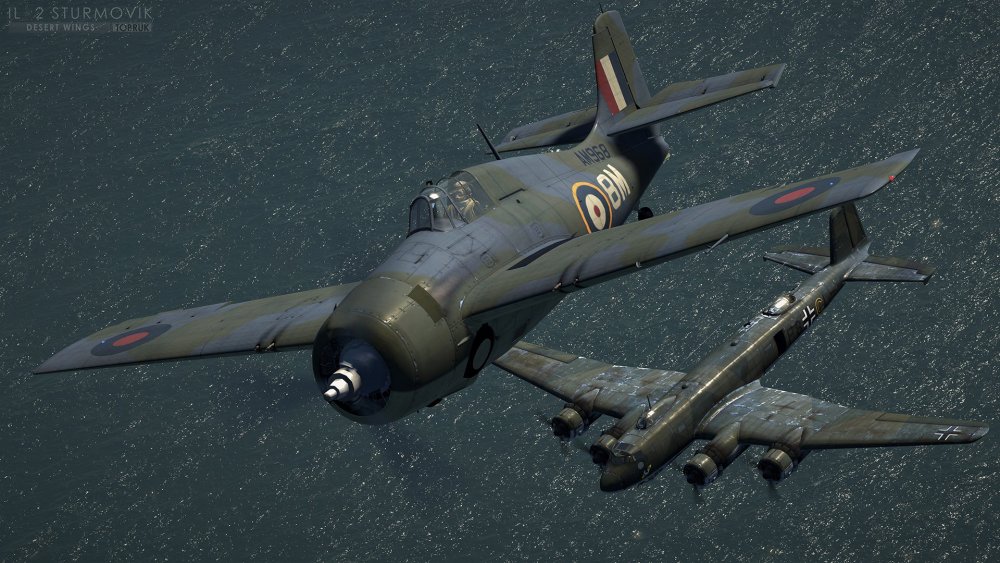 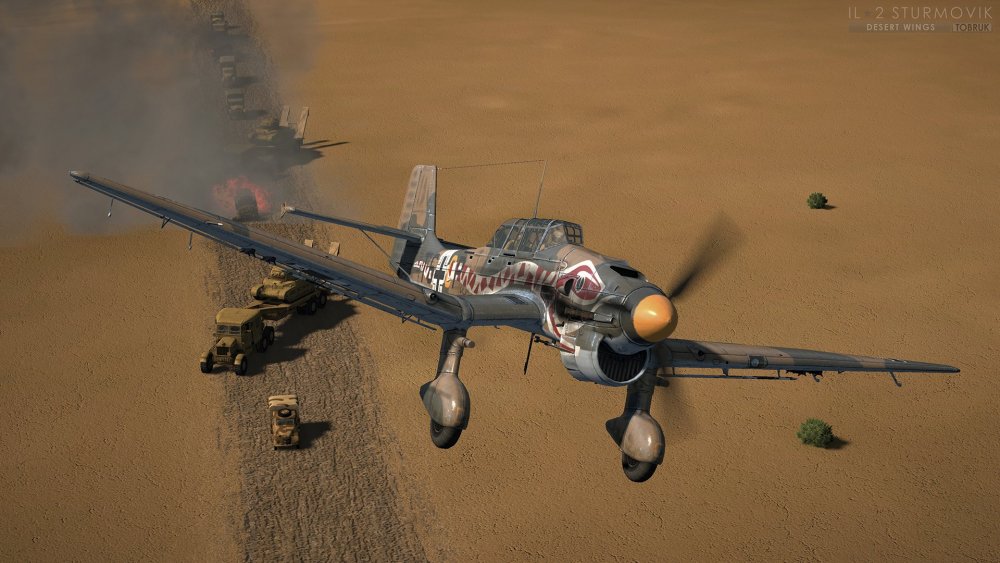 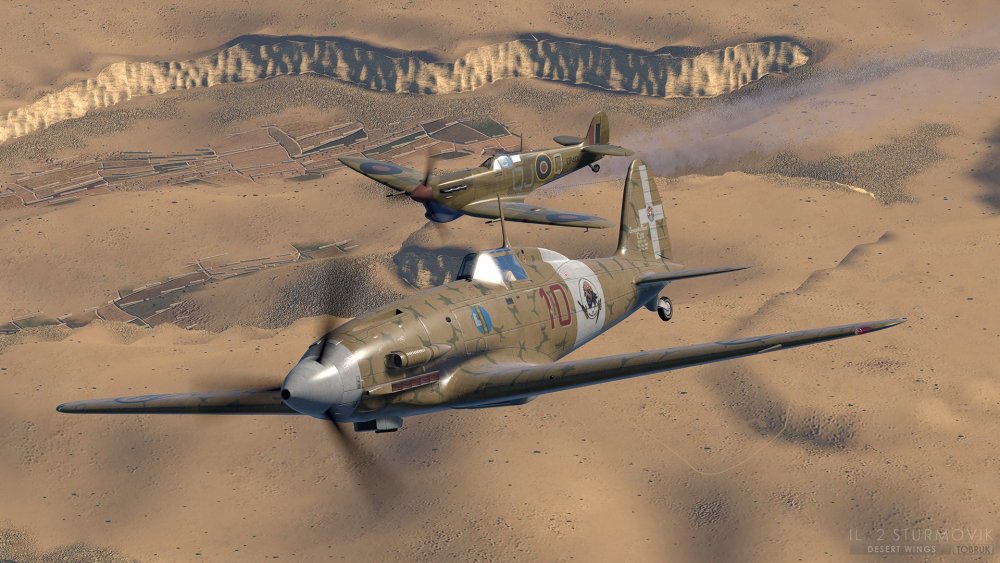 In addition to the long list of flyable aircraft, there are over 25 new tanks, artillery and vehicles as well as 17 new ships, including massive battleships, cruisers, destroyers, patrol boats, submarines, torpedo boats and merchant ships; these additions allowing huge land and naval battles in ferocious detail. 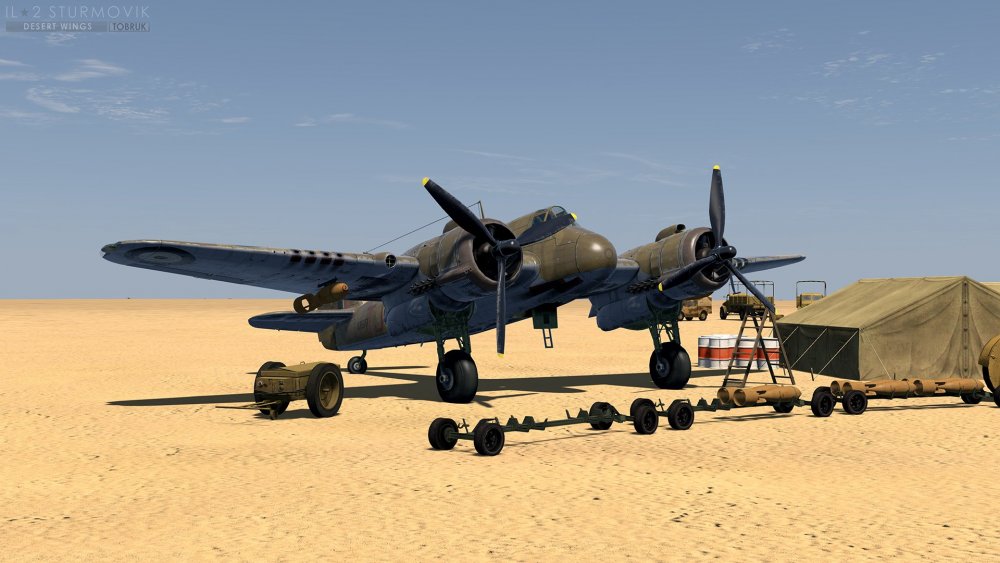 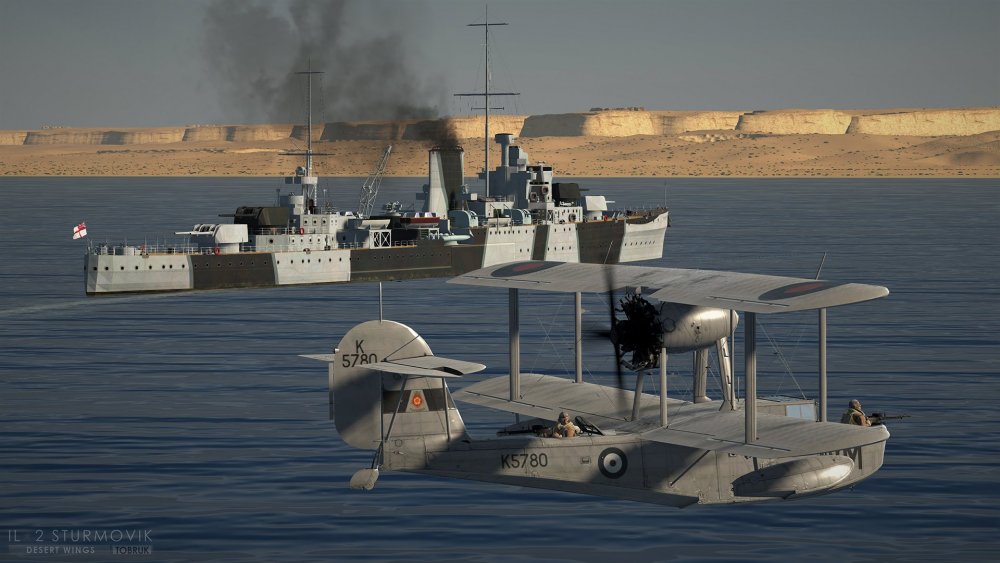 IL-2 Sturmovik: Desert Wings will feature a 385km x 385km North African map recreating in precise detail the strategic stronghold of Tobruk and the rugged contours of coast, desert and sea which surrounds it, with over 75 airfields, multiple landmarks and towns, an extensive road system as well as the historical fortifications, minefields and defenses, all based on actual maps from the war. Combined with the excellent multiplayer environment that allows over 100 players and dozens of AI aircraft online simultaneously, IL-2 Sturmovik: Desert Wings promises intense and challenging human versus human aerial battles.

This add-on is a must-have for experienced flight sim enthusiasts as well as newcomers to the genre, and will provide endless hours of entertainment in the company of an established, numerous and dedicated online community. 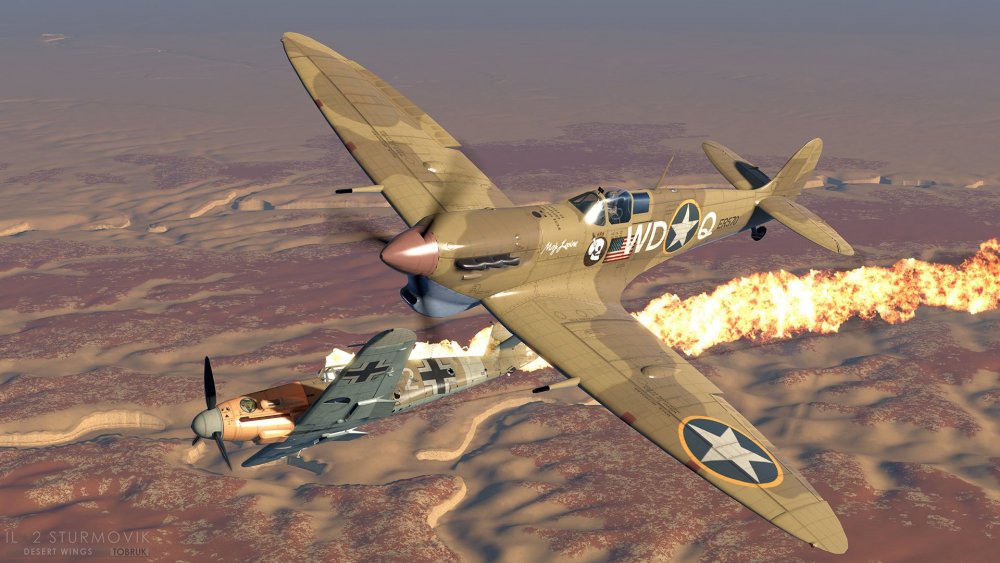 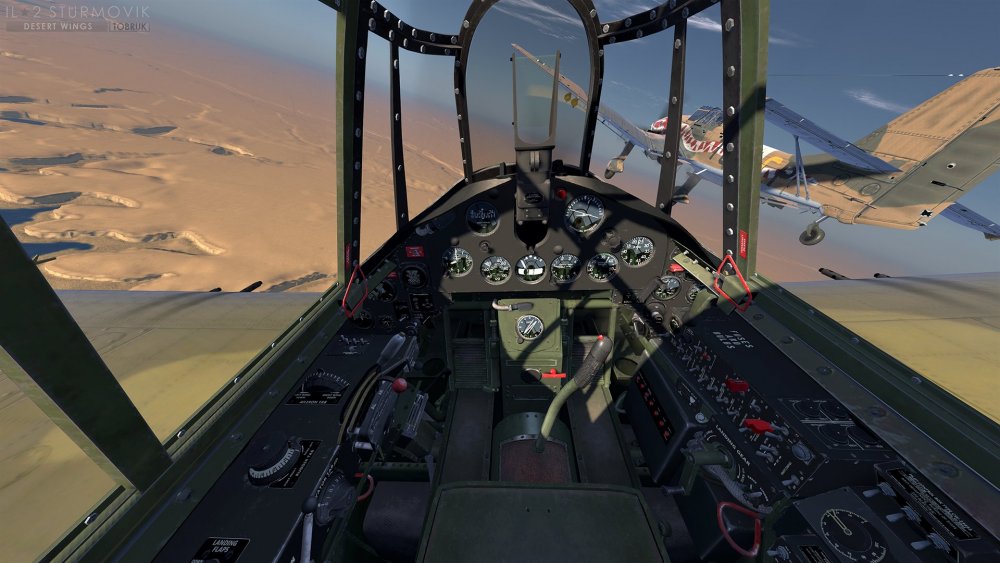 IL-2 Sturmovik: Desert Wings - Tobruk will be available for purchase this summer via il2sturmovik.com and Steam for 69,99 USD with a 15% launch discount during the first week of the launch.

1C Entertainment is an international group with offices located in Warsaw, Gdansk, Prague, Budapest and Moscow and operating in the segments of game production, distribution and services for video game developers. The company releases video games for all platforms through its global network of partners digitally and in retail.

You can discuss this announcement HERE.

This looks great… does CoD support VR these days?

does CoD support VR these days?

I’m thinking you are right. Pity, because that’s pretty much a deal breaker for me at this point. It looks great though.

I’d really love to fly this, but not without my goggles on.

The devs stated on multiple occasions that they would start to work on VR implementation after the 5.0 is released.

From some recent discussion I understood that any further development of the franchise would depend on the sales.

So I will buy the 5.0 just to support them and hope the VR will come true one day (the 5.0 will be gathering dust till then).

I do not really care about the North African theatre but I always wished to fly VR in the Battle of Britain theatre.

I do wish there was something a little more specific than Summer 2020. I shouldn’t complain it’s better than Soon™

I hope it comes. I haven’t followed CoD development over the years. I bought it when it was a buggy mess, before Team Fusion came along. By that time I had moved on to other things such as BoX.

@apollon01, you took the words right out of my mouth!

I think it’s pronounced ‘two weeks, be sure’ as per Oleg Maddox lol ; )

I may actually have to install it just to fly the Martlet.

I would love to drive that weird French contraption. Read somewhere it had it’s engine bolted on slightly askance in order to counteract torque!

Anyway, even without VR I might buy it due to the reason @apollon01 laid out.

And few minutes ago Buzzsaw wrote that they expect to implement VR “early in the New Year”. Cool

I know that’s the main attraction for me

F4F3’s @schurem.
There was more than one variant of the Martlet also. An overview of the production models of the Grumman Martlet, its evolution and changing specifications. 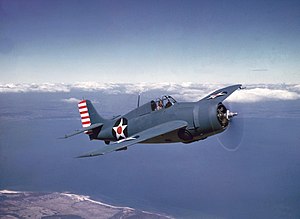 At the end of 1939, Grumman received a French order for 81 aircraft of model G-36A, to equip their new Joffre-class aircraft carriers: Joffre and Painlevé. The main difference with the basic model G-36 was due to the unavailability for export of the two-stage supercharged engine of F4F-3. The G-36A was powered by the nine-cylinder, single-row Wright R-1820-G205A radial engine, of 1,200 hp (890 kW) and with a single-stage two-speed supercharger. The G-36A also had French instruments (with metric ...

There was more than one variant of the Martlet also.

I mean, i’ve been hoping for some there for awhile since technically they are credited with being involved with the BoB. Give us some of those converted french ones that got diverted to the UK with the backwards throttle