I’m having the same problem, I made a new thread because I think it is neat for people to scroll through just screens and AAR stories without the coordination and other stuff that happens in this thread.

link to the placeholder thread

It looks pretty bad now but I’m hoping it will fill up with lots of screens while I sleep.

Sorry I failed to make it. The Vietnam game is so addictive I just done 7 hour solid. See you tomorow instead

My HOTAS Warthog stick decided he needed to retire.
Snapped in half.

I seriously never seen anything like that before.
I described my experience (or something like that) in the “Five Stages Something” thread…

Luckily I retrieved my Microsoft Sidewinder Pro Force Feedback 2 from the basement and, albeit is SO light!, it’s still better than not flying with you all guys.

Seeing these shots, and the harrier release… I hate working weekends

Seeing these shots, and the harrier release… I hate working weekends…

Me too. On deck to make a maintenance run with one of our planes. I always laugh when I think about the irony “man…this real flying stuff is getting in the way of my virtual flying…”

Face it: 99% of the time your job is kinda boring. Although that is a good thing because when your job suddenly gets exciting that usually means something bad happened.

As I got ready last night I realised I only had OB installed. I went to roll it back to RC but it was 4Gb download so I skipped, sorry and I hope you all had a great time

I wanted to take a moment to thank everyone who attended or supported the 3rd Annual DCS Fall Fly-In this past weekend. I heard a lot of familiar voices and learned new voices that previously were only forum or community names. I know that a more people couldn’t make it due to real-life commitments but we can look (listen) forward to hearing those voices during the next event.

I would like to thank all of the server hosts and mission designers - an important role that often does not get the attention it deserves. I would like to apologize to @WreckingCrew and @near_blind for not taking part in their DCS World 1.5.7 and DCS World 2.1.1 efforts. I know that it is a ton of work to develop missions and prepare servers before hand and it was unfortunate, in this sense, that ED released 1.5.8 into OpenBeta with the RAZBAM AV-8B N/A to a community who are obviously hungry for that module. Also, thanks go to @Tankerwade and @Bogusheadbox (and @near_blind) for hosting the 1.5.8 OpenBeta servers as well.

For everyone else, if you missed it the screenshots and AARs can be found in this thread: 3rd DCS Fly-In Screens & AARs thread - #44 by fearlessfrog. I hope that everyone had fun. If you have concerns, comments or suggestions, please send me a PM reach out to @staff account as we would like to hear the feedback and try to make things better.

I hope to see you all at the next event!

I had a great time - thanks to all that contributed!

Yep thanks to everyone.

Thank you to everyone who put the work in to this! Just sad I didn’t get to join in more (although not as sad as @komemiute

It was fun, thanks to y’all from me as well!

Really glad I got to fly in this one, thanks for the hosting and the help learning the Harrier. It’s more fun to fly now that I now some basic functions lol

Yes thanks for putting this stuff together. Much more fun to fly with people, especially on missions other people have made. Too easy when you are the one who placed the enemies.

Sorry I couldn’t attend… I’m in the middle of my finals, so I couldn’t really participate.

I can’t speak for Chris, but personally I don’t find it boring at all. You shouldn’t equate “uneventful” with “boring”.

I took this shot while over the Gulf of Mexico today 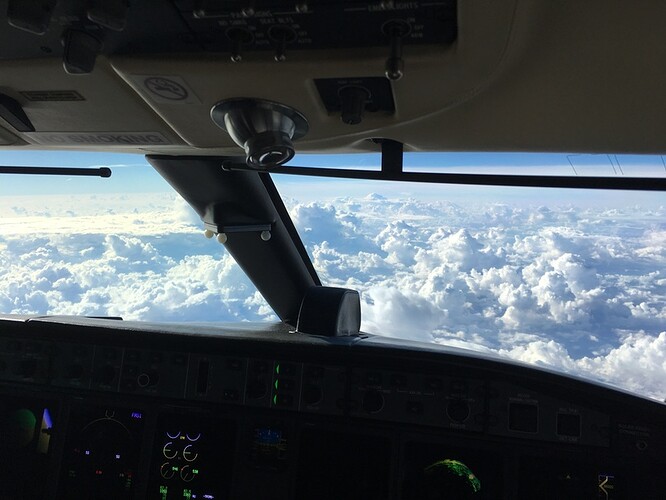 Well, boring or not, one thing is certain: you always have a great view from up there.

Thanks to all who participated, I enjoyed myself with the co-op flying and it was good to hear your voices.

Fridge has a point about the mission design, I am sorry I did not fly any of the prepared missions and am hoping to fly them next time.

I stoped by only for a while but it was fun to see all the Jump Jets buzzing around.