Multiplayer - Where you are!

Use this thread to post if you are hopping online and want to let others know you will be playing for a few minutes or hours in case other Mudspikers want to drop by and join you. Whether it is DCS World, MSFS, Elite Dangerous, etc., sometimes a Mudspike member type server might not be running so you might be joining a public server such as Hoggit or any number of other open servers.

Remember - the bullhorn at the upper right of the forums will give you some Discord chat options:

Hey everyone. TLDR: Discord is back. How to Join: Once logged in to the forums, you can use the ‘bull horn loudspeaker’ icon at the top the page to show the #general chat channel in a live view. Note: If you post a message to the channel via the web, it does it via a bot, so it is usually best to hit ‘Join’ and go to Discord direct. You can also use the menu in the Chat widget to see the other channels and who is around online.; After some discussions amongst the Mudspike membership and s…

Check out the Mudspike community on Discord - hang out with 103 other members and enjoy free voice and text chat.

I was planning to fly online tonight. But I have to get ready for my first day flying a desk tomorrow…which means getting up early and a traditional commute to work. My goal this week is to annoy all the admins at the office so much that they decide to just send me home while I recover.

Good idea! Discord has no performance impact on average-performing system so I just keep it open all the time unless I am feeling a little anti-social.

My goal this week is to annoy all the admins at the office so much that they decide to just send me home while I recover.

It’s a gamble… You either do so bad that they never schedule you for the desk again or you get scheduled for extra duty for remedial training.

Sure I can make the coffee, how hard can it be?

For the coffee meme you should have stuck with Austin Powers! “It’s a bit nutty.”

I’m going on Discord for a bit…I have a pretty limited timeframe for playing tonight now that I’m a 9-5 goober. Ugh. What is this Monday-Friday schedule thing? Any-who…if I can remember the right order to fire up things, I might be on DCS here in a bit…I’ll post back when I figure out what server. Probably just up to do some cats and traps or tool around the neighborhood since I can’t get too involved tonight (sigh)…

Sigh…it’s night on that server…lemme look again. I really need to get my server box configured for DCS World…

My first DCS and MP for 4 months! Muting the deedle deedle helped.

Yes it was. Non-hurt-the-brain fun around the boat. Well…the part about getting SRS to work hurt my brain a itty bit…but hey…

Frog coming down the slot… 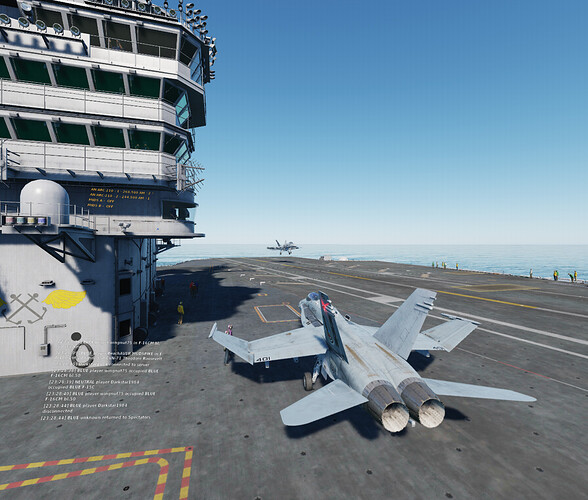 I think this was @smokinhole 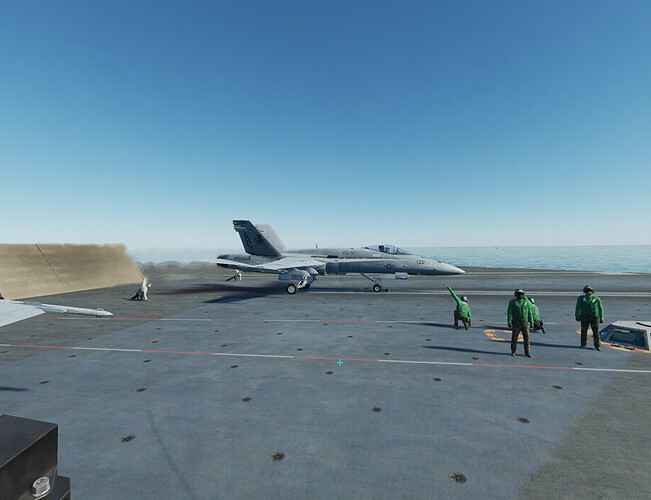 The deedle deedle was like background music for me. And our simultaneous afterburning cat launch with Top Gun and applause…I mean…how great is that!!!

So I’m proud to report that I actually survived a C-101CC mission on Buddy Spike. Hard to believe. As I was explaining to @smokinhole - the 101CC has no RWR…so you spend the whole low-level flight looking around like a madman…trying not to run into the ground…not knowing when you will just suddenly eat a missile.

I took off from Meggido…just barely clearing the fence at the end of the runway with two bombs, rockets, and about 60% fuel. Proceeded due east toward King Hussein War College, took a bend to the north to engage whatever red targets I came across. Found a red FARP, zoomed across it, dropped two bombs…don’t think I hit anything…heck, they might not have even been fused. Ate a SAM but managed to keep flying. The batteries were shot out so after about two minutes all my electrics died. Had the whisky compass and set a southerly heading…waiting to be bounced and “smoted” (new word!) but it didn’t happen. Couldn’t get the gear down (neglected to find that manual gear extention) and the engine was eating itself up and losing power gradually. Belly-up landed. Apparently that field at the War College is neutral because I couldn’t repair. 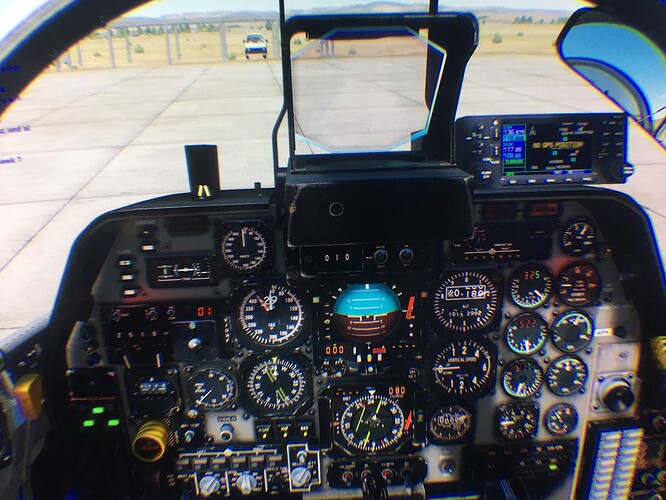 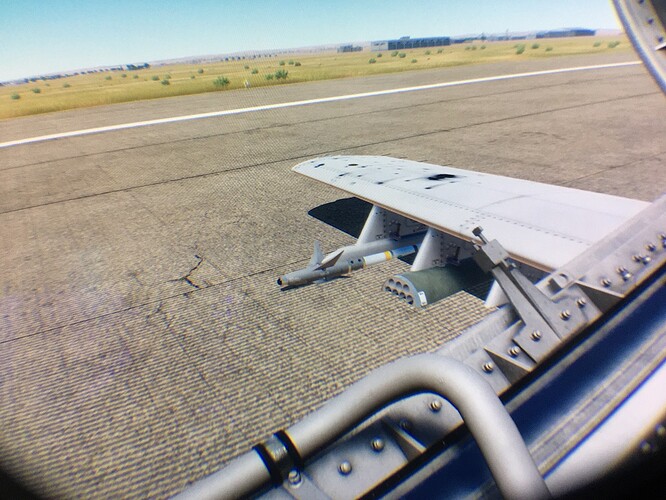 So @BeachAV8R now that you have the time, when are you joining us in Elite: Dangerous? I’ve got availability I think Saturday night.

I might join you @Navynuke99 I wouldn’t mind someone showing me the Ropes. I feel like I’m missing something vital when I play elite.

Let me talk to the better half and see what we can set up for the next week or two, because time zone differences.

Awwwshieeeit. Of course this weekend we go to the in-laws. Now that we live close by…

Anyone interested in some Star Wars Battlefront 2 tonight? I could be on around 8pm EDT. It was fun when we had four guys on coop a couple months ago. I got busy with something else and didnt have a chance to try it again.