I could say that I’m not jealous… but I’d be lying!

Thanks guys. System seems to be operating well. My cheap old SSD’s are tanking tho …

I made the move to the new vid card now because the price of these things are outrageous LOL! Because of that, I know people are probably hunting for my 3 year old ASUS TUF 3080 and I’m looking to get top dollar for it! As I was boxing my old 3080 up I was thinking to myself, “Dang, that’s still a sweet card!”.

Also, I’ve left the side panel off my PC case so I don’t bend the 4080 cable (so dumb) but I’m noticing my PC runs quite a bit cooler CPU wise and maybe GPU too! I’ll keep my eye on the temps and let ya’s know for sure after some testing …

under volt it, save 40-50% Power consumption lose maybe 2-5% in gaming performance.

I want ALL THE POWER!

Just riffing off some CoD:MW2 set to Ultra and 4K … this card is incredible! I’m in love. I’m just searching for even more demanding graphical options to use more power as the card is still low temp … barely breaking a sweat LOL!

Side panel off case seems to be lowering all temps by like 10 degrees celcius!

you see, there are also bright sides of “midlife crisis”

Looks like the soon to be released AMD Radeon RX 7900 series is giving the 4080 a run for their money! I just had a look at some side by side comparisons and the 7900XT is pumping out more FPS than the 4080 at ultra graphics and 4K … and probably for a lot less money. Just something to watch out for … 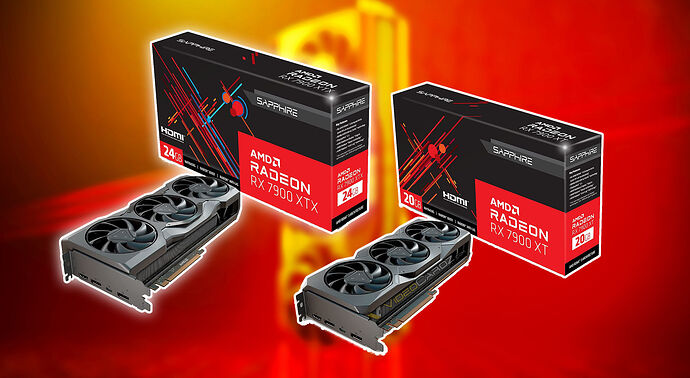 Sapphire Radeon RX 7900 reference cards on Amazon Sapphire is the first company to introduce their cards based on AMD design. The Radeon RX 7900 series cards from Sapphire have now been listed on their official Amazon US store. The company has...

It's time to bust out that tiny violin you've been saving for special occasions. ...

can’t even believe 4080 scalpers is a thing

Me either. The world has gone mad

I think I just made a new friend LOL!

So ya, 1200W was a bit overkill. I told the guy at the computer store the minimum spec for the 4080 was 750W which I already had but he was saying that might not be ok because of voltage spikes? He started to recommend a few 1000W PSU’s and while doing so I spotted that Thermaltake 1200W on a DEEP sale. I told the guy my old PSU is Thermaltake and I had great luck with it. It was like it was sitting there waiting for me and really inexpensive!

I’m not sure what kind of case I have …

This is my only issue with the 4080 … I have three separate 8 pin PSU headers leading into that one little stupidly designed input that I cannot put any stress on if my life depended on it LOL! 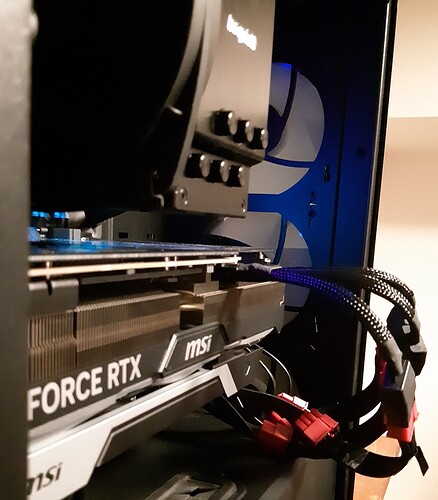 It’s all good though because with the side panel off, I found out my CPU cores stay like 12 degrees Celsius cooler for some reason! 4080 is cool as a cucumber … the fans are usually off … 30% max ha ha!

Not sure this will help. Diggin around in my History list - I saw this a couple days ago. Don’t recall it being about the cable/heat issue; think is was more a ‘fitting’ issue with him, and how this helped. able/heat issue; think is was more a ‘fitting’ issue with him, and how this helped

most adapters are 6 inches long, some premium cards are longer.

the adapters themselves aren’t the issue, but the 12VHPWR 12 Pin connectors are in the cases of poof bye bye GPU. Whether it’s a native ATX 3.0 Cable or an Adapter, the connecting mechanism on the GPU is what’s failing, connector fails, causes arcing and power flow choke points.

Honestly nVidia could have put the connector some where other than the top of the card, honestly the back likely would have been better, but ya know they already 15-18 inches long, so even off the back is going to be a problem.

There is no such thing as overkill…

Seriously, I’m going for a 1200 myself. A PSU is at its highest efficiency around half load.

It is mind boggling to me that in all those years no one designed a right-angled connector for GPU power.

Aftermarket does.
Jay reviewed them briefly, so did gamer’s meld, amidst their attempts to get their 4090s to melt. 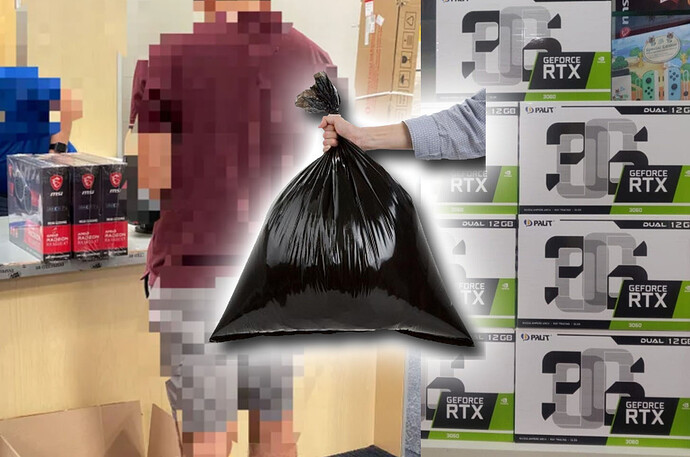 You know what they say, a scalper's pain is a gamer's gain (actually I just made that up), because scalpers that jumped the gun on NVIDIA's RTX 4080 have been left holding the bag and are struggling to return their purchases or sell them on the open...