Ok this is the translation for most of what the author said. dont kill me i am not a professional translator and english is not my mother tongue. So if are you looking for a translation with less meaning lost in translating through google. this is my attempt. read on if you are interested.

“Shooting the video in 4k with mobile phone, can’t see pixels, but not completely without SDE, if looking at 1 single color starring hard can seem to feel it’s there but no can’t make it out”

“I have IPD of 70, I have big glasses, it’s completely fine to fit in, wearing the HMD is comfy, HMD seems to not support adjustable lens distance, so if you are short sighted must wear glasses”

Steamvr defaults SS to 35%, by manually dragging it to 100%, for the first time in VR can see the text in such clarity ever. SteamVR SS 100%, PiTool 1.5 and InGame SS 2.0, I can only describe it as STUNNING, pity mobile phone cannot take photos to represent that. TitanXp couldn’t take it, 2080ti probably couldn’t, perhaps SLI could.

autofocus is hard to take a photo with to show what’s inside, looking at the front of the spacecraft it’s easier to compare. The actual image is more refined than the photo abit.

Distortion problem bothered me the whole night, when i initially put it on, i always felt the distortion, pictures from both eyes does not overlap properly, but I found out its the setting of IPD. I used a gunstock to play FPS on vive, because vive is blurry and distorted at lens’ edge so i purposely set a smaller IPD to make sure the inner area of the lens has clarity, but using this on 5k causes the picture mismatch, felt like crossed eyed. Setting the IPD to my actual value i get used to it quickly, cannot see distortion.

Let’s talk about FOV now, it provided 3 FOV, I tested the smallest and it’s totally satisfactory to use. only when I purposely to look towards the sides then I see black edges, the distortion at the edge is not pronounced. Switching to medium FOV, the black edges on the sides are gone, but the actual increased fov exceeds the actual areas my eyes can see. The Largest FOV, pointless, It’s fov is way past what the eyes can see(for me at least), trying hard looking left and right all i could see was images, but not clearly, because I’m unable to focus my eyes its pointless. Under the largest FOV setting the most outside edges of the view has distortions.

This is a new beginning, the right way to phrase it. Pimax fov is unique to pimax, because of difference in fov the scale of the world looks different, If you are coming from Vive or Oculus, you will need time to adjust. Pimax made you feel the world is bigger, like a baby hovering up in sky looking at the world, initially you feel dizzy but after careful comparison, the world looks 1:1, Its actually VIVE and OCULUS the world scale is smaller. Because we are already used to VR (refering to the VIVE and OCULUS) it felt weird, i felt dizzy even without distortion. But testing fallout VR, project cars, the world scale setting built ingame, reducing 15% felt like what VIVE feels like. Some friends never tried VR before, on the pimax they felt no discomfort, so this generation of VR is very suitable for first time buyer.

I heard pimax only needed 1 base station, but i found it works without a base station, just that you cannot move around. static rotation is smooth,

A small conclusion: 5k+ has met the 2nd gen VR standard, but at the same time it requires patience in tweaking this pro equipment. pimax lenses are Fresnel not the standard lens, resulted quite a polarized distortion result, Its either no distortion with right settings and position or distortion everywhere if you missed the right position and setting. This requires the user to spend a certain amount of time to adjust until it matches you. Pimax world scale is realistic, its a vast difference compared to the last gen vive and oculus. When you use pimax for the first time, the world seems bigger, but thats because we are used to VIVE and OCULUS. comparing the real objects with objects inside vive and oculus, vive and oculus objects are smaller in scale, its not pimax made them big, it’s last gen made them too small. When you use pimax, it could give u the uncanny valley effect, you will have a sense of fear because the scale is too realstic (old VR users perhaps even more, the fear will cause you to feel dizziness. this is why at beginning i thought distortion existed), this takes time to adjust, I the writer of this piece spent over 20 hours of game time to gradually adjust to it, once you got used to it you will find that, the VR games, especially the ones with a big scenary, the impact is completely imcomparable (meaning superior than the gen 1)

If you felt fear using pimax you can through the following ways to feel better get used to it by 1) adjusting the floor height, make your character lower than your actual height, closer to the ground you feel safer. 2) seated down playing project cars 2 and falloutVR. these two games supports world scale adjustment, through making the scale smaller at 1gen vr level, and slowly adjust it back until you get used to it. 3) try summer funland, inside this and this (never played it i dunno what that is sorry) will make youj forget your fear quickly.

You must try summer funland with 5k, it totally felt different compared to gen 1, very stunning.

Pimax is officially in the SteamVR club, Installation is a clean process, plug in the power, install the drivers, setup room-scale, and its ready to use. Most of the time is spent on familiarizing the hardware.

I’m really curious about these headsets (so forgive me @BeachAV8R, spawned a new topic to add some more stuff

It seems as if the 5k+ version with the good field of view (maybe not set to widest, but ‘normal’) would be great for flight sims.

Here’s some good data on the Pimax 8k vs 5k+ 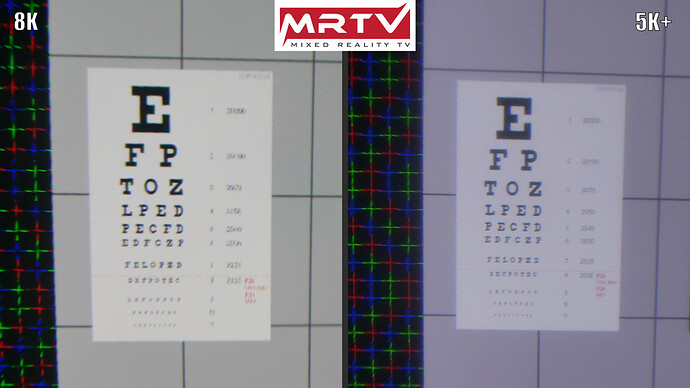 Already posted, but a good reference (even though SS was wrong I think?) Some 5K+ vs 8K comparison shots in DCS (the 8K looks better for movies etc, but the pixel layout of the 5K+ screen seems to offer more clarity for SDE) 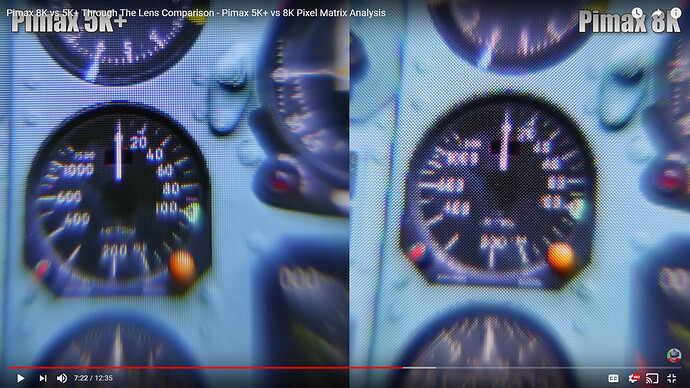 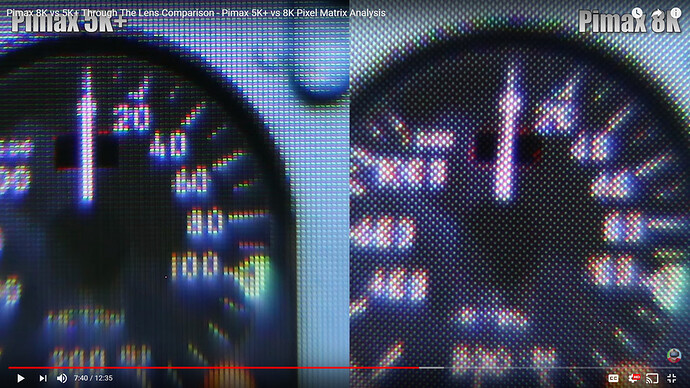 Pertinent to my interests, although sad he didn’t benchmark something that flew…

I imagine maybe driver updates and such may bump that up eventually? Slightly off topic, but I seem to recall there being a sizable difference even a year ago between a 980Ti and a 1070 in benchmark scores, now they are nearly identical. So guessing maybe it might eventually be good enough, unless i’m misinterpreting something.

90fps??
Is that so important?
On my desktop I often only play at 60 and it doesn’t bother me. Is that so different for VR?

The native refresh rate of the screens is 90 Hz, so if the framerate is less than that then the small delay between what you eyes see and where you turn your head can be unsettling. In extreme cases it can cause a form of motion sickness, in that your eyes and ears aren’t agreeing.

The various ‘smoothing’ and reprojection bits (called ‘ASW’ on oculus) is where the game can supply less than 90 FPS but then the headset still shows 90 Hz, as effectively the driver is composing in-between frames using the previous frames it got. Put another way, if you move you head a tiny bit to the right, and the headset isn’t being given another frame in time, it will take the last couple of frames it had and ‘reproject’ the frame in the correct orientation your head/eyes are expecting. It’s quite clever stuff.

Ah ok. I am a bit prone to motion sickness so that will probably a factor for me.

I imagine maybe driver updates and such may bump that up eventually?

I think so, yes. The drivers will get better, plus the games will optimize a bit, sort of like the DCS VR shaders mod has helped greatly. The Pimax really does need good reprojection though, so that couldn’t come soon enough. I would trade a 45 FPS reprojected to 90 Hz just as long as the SDE (screen door effect, in that you can see the pixels too much) and field of view are better than current gen. I think FOV will make a big difference to flight sim VR…

Also, will be interesting if the new RTX super sampling tech will work with cockpit sims. That could change the balance a lot as well. Early days.

It seems as if the 5k+ version with the good field of view (maybe not set to widest, but ‘normal’) would be great for flight sims.

Yeah…that’s what I’ve been reading. Honestly, I don’t so much care for more FOV over the Rift as just having better clarity and resolution. Of course, the Oculus Touch controllers are fantastic too though…so there is that…

I think FOV might be one of those ‘try it to like it’ sort of things, in that once you use a cockpit in 150 FOV+ then it might be hard to go back. We’re used to 110, but there is still quite a lot of the ‘ski mask’ vibe going on.

For the controllers, I’m of the opinion that VR is splitting up (or always has been but we didn’t realize so much) into the main market segments of:

So for me and Cockpit VR, I don’t care about the Pimax controllers, and would be fine if they didn’t really work as I’m after that delicious resolution/FOV combo and will just use my HOTAS anyway.

VTOL VR and X-Plane have done great things with the controllers, and it increases the immersion, but the ‘whales’ that will buy 2080 Tis and $700 VR headsets will already have Warthogs, pedals etc.

I don’t so much care for more FOV

As someone who gets sick easily even with desktop and console games, my stomach always welcomes a much wider FoV whenever it’s available

So… how important is a good FOV on the headset for that?
Asking for… a friend. Totally not for me or @komemiute , for example.

So for me and Cockpit VR, I don’t care about the Pimax controllers, and would be fine if they didn’t really work as I’m after that delicious resolution/FOV combo and will just use my HOTAS anyway.

Yeah. Some sort of glove would be an improvement in that area for sims. I swear I’ve thought I need to invent a belly holster for my Touch controllers because sometimes in sims I just need to put them down and there is never a convenient place to put them. I’ll be super happy when they invent anti-gravity so I can just suspend them in the air next to me…

how important is a good FOV

invent a belly holster for my Touch controllers

I know what you mean, in that I’ve had a lot of instances where I’ve had my touch controllers roll off my desk when trying to jump between HOTAS and back.

We need to evolve. 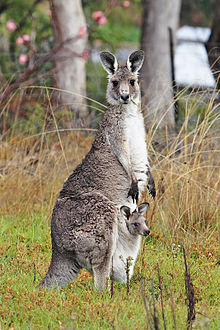 As someone who gets sick easily even with desktop and console games, my stomach always welcomes a much wider FoV whenever it’s available

Does wider FOV reduce that though? I would swear that some of the Rift games that have “comfort” modes actually use some sort of FOV narrowing scheme where they dim the periphery… Or do I have that backwards?