Thread for pics and stories.

Most commonly repeated statement of the night: “Jeez, this game is pretty!”

@Tankerwade getting some formation flight practice in as I fly my Gotha towards the enemy airfield with @DeadMeat in my nose gun. 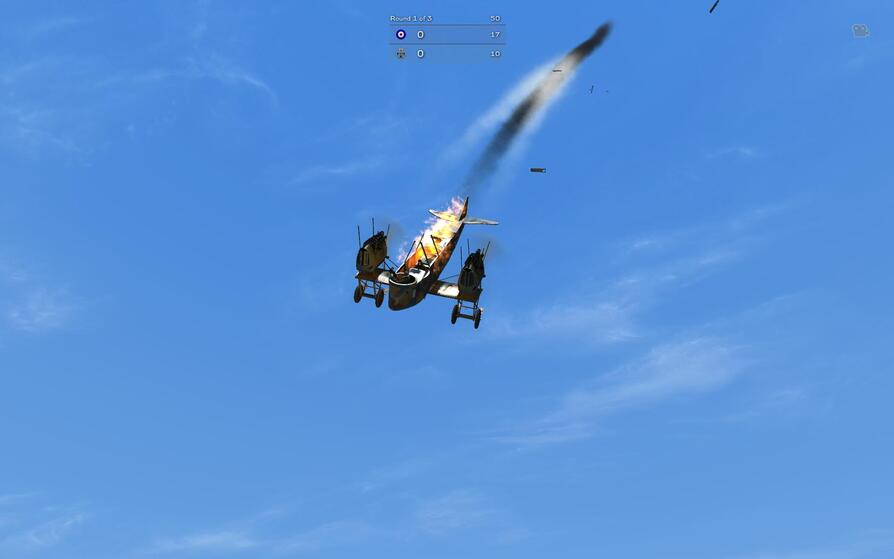 @Tyco unloads on the bosch swine, neglects the hun in the sun

merde! now he is after me.

But I think there will be no fourth.

Closing at the walking pace of a particularly slow man.

I present the gratuitous death of a Gotha

Crew chief! break out the duct tape and super glue!

One of the great things about the two-seaters is that you can line up a shot like this:

Fun night last night. @Tankerwade was able to pick out the roughest airfields for us to take off from

Nice shots! How’d you guys get up so early? I’m still munching my oatmeal…

Nice! I’m going to try and jump in for a little while tonight. What time is everybody loading up?

I’m getting ready to hop on. Unfortunately, I can’t use my TrackIR during daylight though…so I’m gonna suck again (hey…convenient excuse!)…

That said though, I’m hoping a few Stellas will ease my pain and suffering. (Quick…splash it on the flames!!) 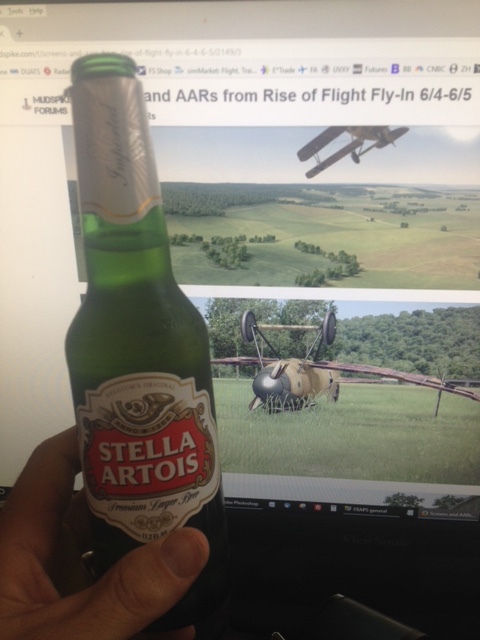 I’ve been press-ganged into chores, but will be back later. @miRage and myself, shredding it up (well, more me shooting randomly from that turret watching @near_blind get so close I could see the Iron Cross gleaming in my face).

I’ll be fodder for people if I can get on while you’re till there. I’m a horribad fighter pilot. I mean I can fly, but slick moves are not my thing and I can’t aim worth a damn. And I haven’t played RoF in a looooong time so my aim is not going to be good! I spent an hour the other day resetting all my controls since the sim decided to renumber my hotas so it wasn’t recognize using anything.

Ah…well, I’ve been playing the last two days and I think my kill to death ratio is about 1:50 at this point. I’m horrible at being a fighter pilot…

Balloons! Where is EP with his clown hotel??

Heading out for the front lines…

Two take off…only one makes it to the target area…

That ‘Ground Fire’ guy is really good. Took one of my kills for sure

Unfortunately, I can’t use my TrackIR during daylight though…

Blackout curtains were one of the best investments I made in my game room. I don’t recall where we got our specific ones, but they look like normal curtains when stowed and completely block the light when closed. As in practically pitch black with the door closed.

even with light bleeding into the room you should be able to tweak the trackir to work. I was able to do so and I sit facing a window above me that gets direct sunlight almost all day.

Yeah, I don’t so much have light bleeding into my room…it is more like light FLOODING into my room.

A pair of French doors, a huge bay window, and 5 or 6 other windows… I’ve tried adjusting the TIR IR pickup threshold and I have to run it so far down that it can’t even see my TIR clip. I’ve wondered if maybe the TIR pro thingy with the LED would be better… 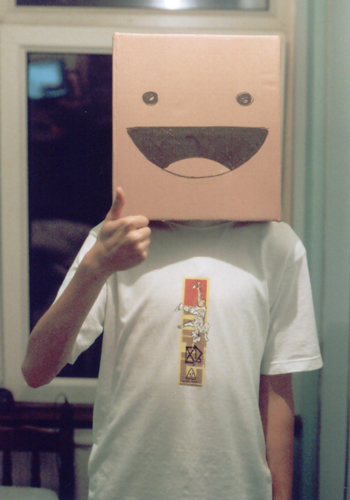 It just occurred to me, I’ve never used TrackIR without the LED’s. I think I lost the hat/reflectors things pretty much immediately. My room is pretty light and apart from the clip disintegrating it has worked very well.