Show us your sim pit! 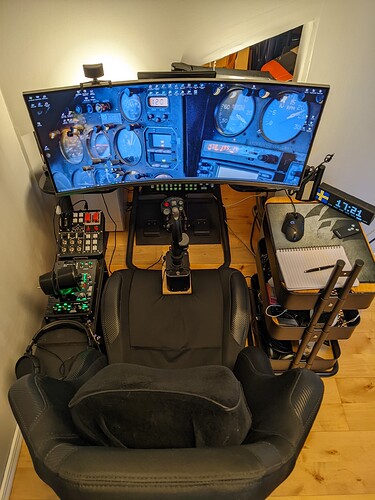 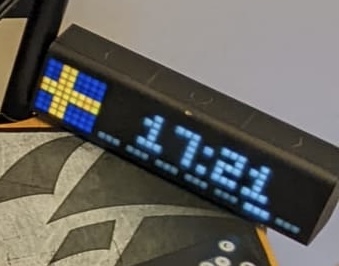 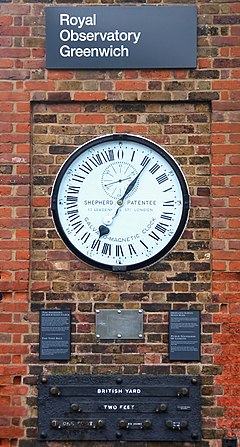 A clock or a timepiece is a device used to measure and indicate time. The clock is one of the oldest human inventions, meeting the need to measure intervals of time shorter than the natural units such as the day, the lunar month and the year. Devices operating on several physical processes have been used over the millennia. Some predecessors to the modern clock may be considered as "clocks" that are based on movement in nature: A sundial shows the time by displaying the position of a shadow on...

Ok, now that I have recovered… Is it simply a clock? With an illuminated swedish flag? It looked so wonderfully 8-bit. I need it!

There’s room for enlargement though ha ha! I need to start a huge panel movement because bigger is definitely better.

With an illuminated swedish flag

Looking at the lines underneath the numbers, i wonder if maybe it has different timezones and the corresponding flags programmed in, because if so, that is one cool digital clock

But there are seven of those lines …. So could they be days of the week ? 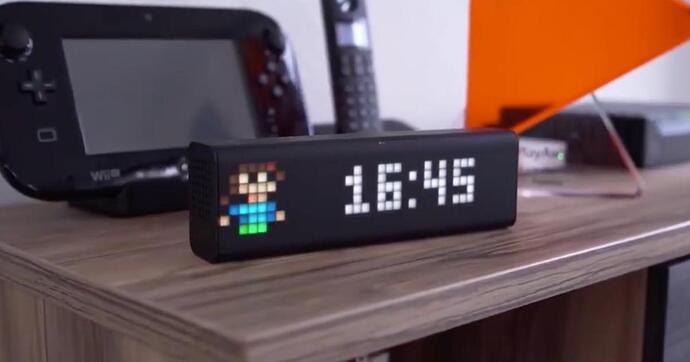 Display an accurate time with mood-setting clockfaces, listen to internet radio, countdown time periods and get the weather at a glance on LaMetric TIME

It’s great for this rig and the distance from which I sit. 34inch curved with 3440x1440 res.
I see so many awesome rigs but with small monitors. Highly recommended!

I was going to ask about that monitor too, something like that is very tempting!

When you get a chance can let us know the brand?

Also, apologies in advance for a little OT, but let’s say a work laptop who’s maximum video output is 1920x1080 got plugged into something like that - does anyone know how that might look?

I’ve currently got a 2560x1440 monitor and it works out pretty well, but I’m wondering what kind of weird stretching might go on going from a 16:9 to a 21:9. Or would just have black bars on the edges?

The monitor is a Samsung CF791 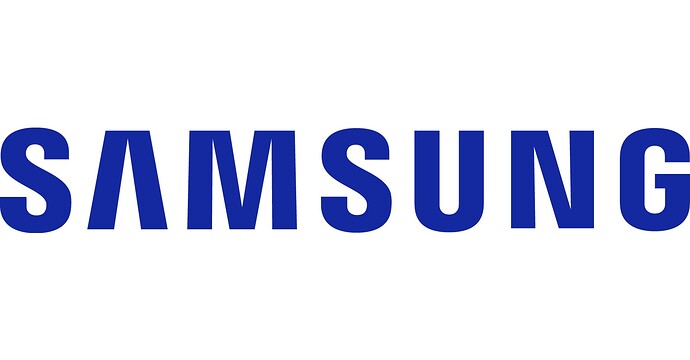 Discover the latest features and innovations available in the 34 inches CF791 WQHD Monitor. Find the perfect Monitors for you!

The monitor has picture in picture so when I work from home, half the screen displays my work computer, the other runs dcs …just kidding (but some strategy games work

Built in audio, great colors and not a single dead pixel. I’m happy with it. 100hz and freesync too.

Regarding your question, your graphics adapter can most likely run higher resolutions than that and I would be surprised if it didn’t support native res of the monitor at 3440x1440. If not, you can either chose to have black areas around that specific resolution, or stretch it but that will probably look awkward.

If you use two monitors, they can each run their native res without problem. Linux or Windows / Mac

Ha no I swear only work stuff on the work computer!

Thanks for the all the info, unfortunately our work laptops are lacking in the ‘oomph’ department, so it really can’t output anything higher than 1920x1080. Even asked IT in case I missed something. I’m on my third issue with this one, so fingers crossed the ‘third times the charm’ rumor is true and I’ll be in line for a new laptop soon.

Thanks again and one thing I forgot to ask - how do you get into that chair? Do the shelves on the right slide out?

oh and not much to look at, but since this is the ‘show us your sim pit’ thread here’s what I have - 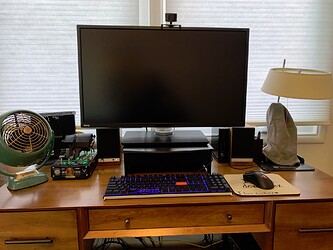 The cords on the throttle and joystick slide are just long enough to slide them out then back when I’m not playing a sim, which is nice. Not much else besides that, untidy cables underneath along with (disappointingly) indestructible ch products pedals.

Today was the day…
Before… 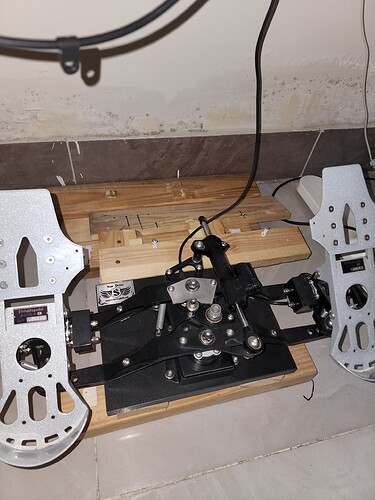 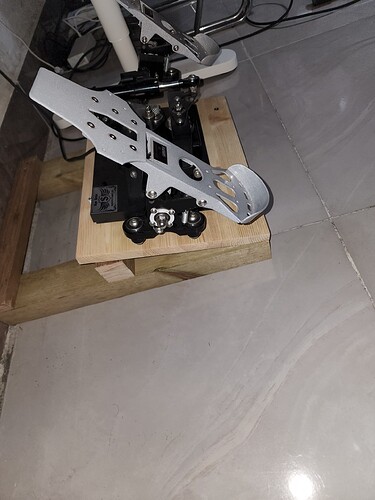 For years i wanted to propeerly mountmypedals. We now have an Ace Hardware. I bought the wood and they cut it to perfect lenght. Fromthere it was like an IKEA project

Ive made a huge improvement to my simming. I use VR full time now. I was sick of my Reverb’s sound. I got a small 3.5 audio extension and used a set af Samsung phone buds. What a great difference.

Looks great Maico. I found a nice piece of wood in the garage pile today. Will be a good project for tomorrow. I like the angle of my VPC Ace pedals, but need to mount them more solidly. VR full time here as well.