The Cob looks pretty accurate, I can almost see my younger self fishing off it.

WOW how did you get these clouds in the Hawk Mach Loop screenies?

WOW how did you get these clouds in the Hawk Mach Loop screenies?

Haha…I was going to ask how he managed to get clear-ish skies in Wales!

Chesil beach and Burton Bradstock look lovely! I took the family to Burton this summer and made the mistake of carrying my son in a backpack carrier nearly the length of that beach! I looked like lance armstrong the next day! Next time I’m flying!

Chuck, as @NEVO mentioned, I use Ultra Weather 2.4 combined with FSGRW, although in this case I went with improved conditions so I could show off the terrain a bit.

That looks amazing - thanks for doing it. Looking really forward to getting this set up.

this almost gives the urge to actually set up my office with my VR and flight stuff. almost.

this almost gives the urge to actually set up my office with my VR and flight stuff. almost.

That’s what I think whenever I buy a driving game. I almost set up my wheel every time.

I have to mount some shelves though.

Here’s a few from a local flight, I know this wont mean anything unless you are familiar with the area, but I wanted to indicate how accurate this is.

PA_34_Seneca_V_41920×1080 1.4 MB
What used to be RAF Woodley, now the “airfield” estate, where Douglas Bader crashed and lost his legs prior to WW2. The factories to the left are what survive of the main RAF buildings.

PA_34_Seneca_V_51920×1080 1.21 MB
White Waltham airfield, just outside of Maidenhead, used by the Air Transport Auxiliary to ferry aircraft in WW2. I used to work at the office park on the left of the picture, which is accurate down to the atrium’s in the middle of the buildings.

I’ve never seen any work for the UK as detailed as this in any flightsim scenery I’ve purchased before. Its better than the ORBX UK for P3D. Its expensive, but for flying VFR I think its fantastic.

Now time to leave it and head for Pago Pago.

Wow that looks awesome. I flew a Flybe virtual airline for a bit, and was doing some of their tours vfr and this would’ve been awesome.

Hopefuly soon this will be default global scenery

A really great, and informative review by Q8 Pilot…

Grrr…I’m reviewing the Hawk for the next issue of the magazine…and I feel it will be incomplete without adding this ORBX scenery… Argh…! Eating into my revenue already!

It’s pretty amazing scenery. Maybe you could feature a run through the Mach Loop. For real authenticity, fly out of RAF Valley. Valley is just a bit North of the OrbX South boundary though.

You know what would REALLY be cool? If a couple of others had the plane and the scenery and did a tight 3-ship through the loop.

Q8 in the video review Paul posted above says at least twice that ORBX has created 42000 meters^2 of stunning, realistic scenery. That would not be very impressive. Its 42000 square miles!

I went ahead and ordered this (ORBX Great Britain South). I’m doing a review of the Just Flight Hawk for the magazine, and it would seem to be an injustice to not use this scenery for parts of it… 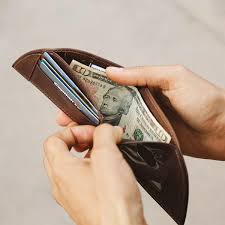 Hey…not bad…only 30 minutes or so to download…! Maybe waiting a week or two was worth it to get my own server bandwidth…!