No, normal camo.
I’ll try and find a photo. 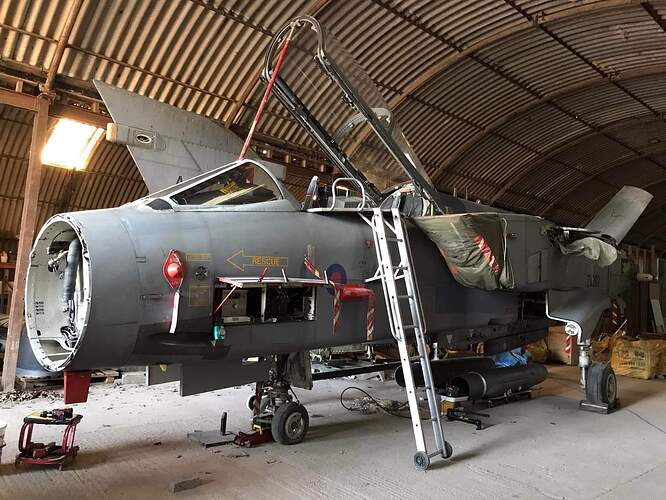 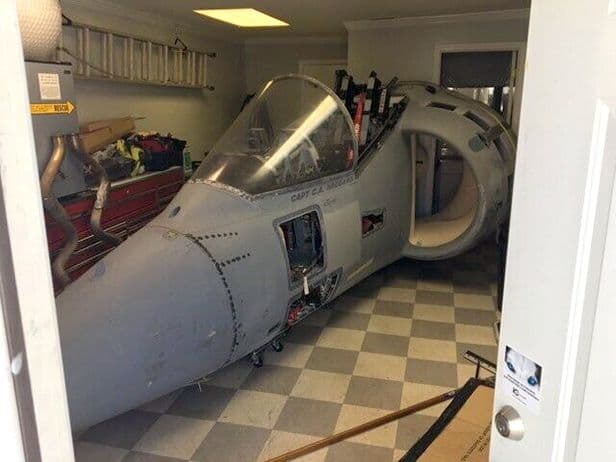 Wheres this Victor then?

They have a few other bits as well. The Victor is interesting though as its the transatlantic speed record plane (well, part of it)

As a landscaper (and therefore a garden designer) it is of my professional opinion that (bits of) Britains glorious aeronautical past are the most desirable decoration pieces one could want to anchor the garden design on.

Just imagine that thing poking it’s buck rogers space age nose out of a tangle of ivy and passiflora! and you could also use it to store the tools in, or make a beautiful garden teahouse of it!

You should email els. We can do this.

For credentials, point her to www.tcweernaarbuiten.nl

the jaguar as a carrier based aircraft ! Can’t vouch for authenticity, but what a cool picture. 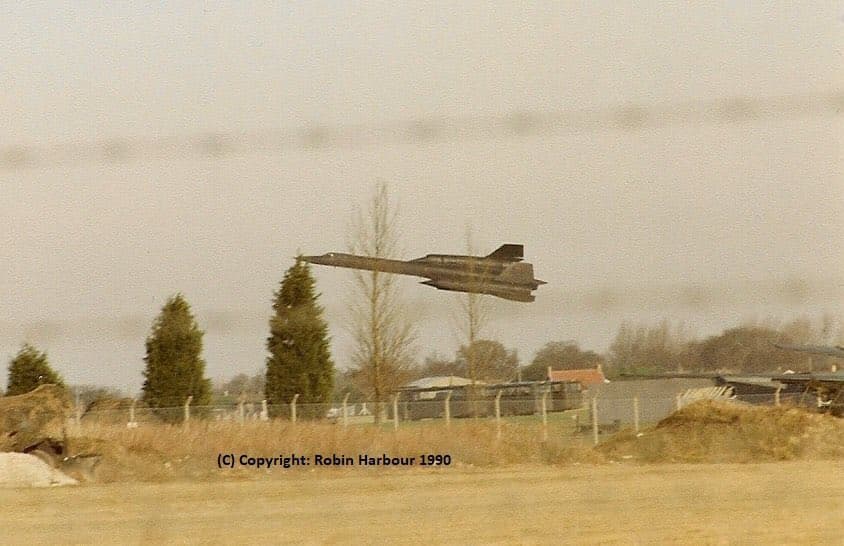 Makes me think of the ‘slow fly-by’ story in Sled Driver. 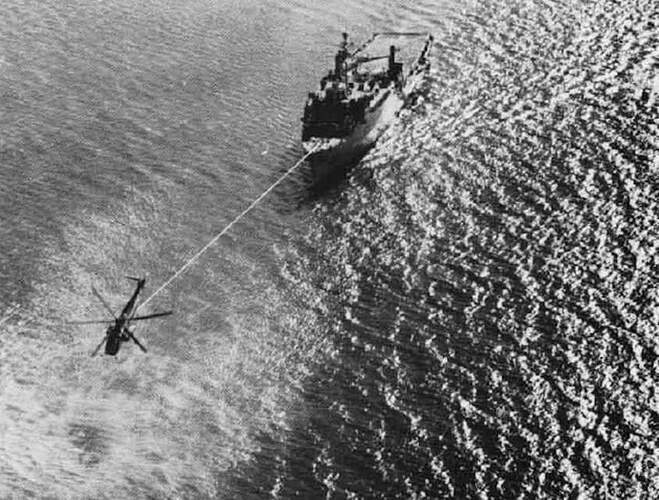 @Hangar200 to the CiC on the double! We need to know what’s up here, are they kidding or is that fo’ reals?!

shame we cant try this in DCS

not likely to end in disaster at all …

I heard they could lift houses but…damn. I need a t-shirt that says “Do you even lift, bro?” with a silhouette of a CH-53.

I’ve never heard of it but…well there it is in the photo.

The Navy used MH-53s to conduct mine sweeping by towing a sled equipped with various systems to simulate a ship moving through the water…probably magnetic signature, engine/prop sounds, etc. Theoretically, the sled would activate influence mines. If the sled got blown up in the process, no problem, hook up another one and go back at it. (Also theoretically, the helicopter would be out of the blast radius…one hoped.)

I’ve seen them practicing this and have talked to a pilot who did it. The problem was that wind on the aircraft, the currents on the sled and the direction of flight were often at odds. The pilot said that often they would be flying with a big yaw and bank just to keep straight. He indicated that it was uncomfortable…often felt like you were going to slide out of your seat.

That said, I’m sure some bright bulb decided, “Wouldn’t it be great if we could tow a ship??!!” …and thus the photo. 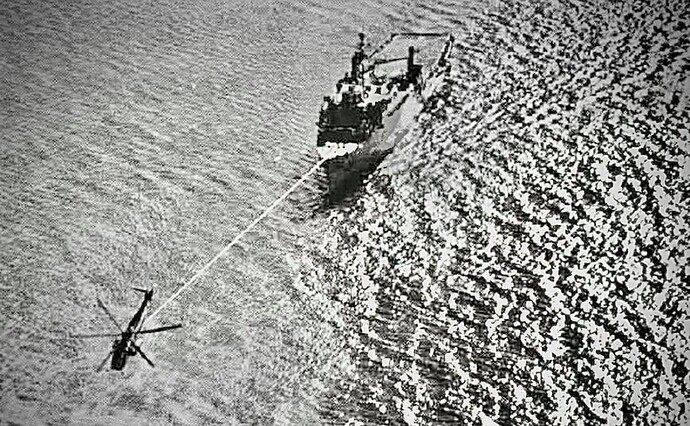 The story behind the photo of a CH-53 heavy-lift helicopter towing USS Austin...