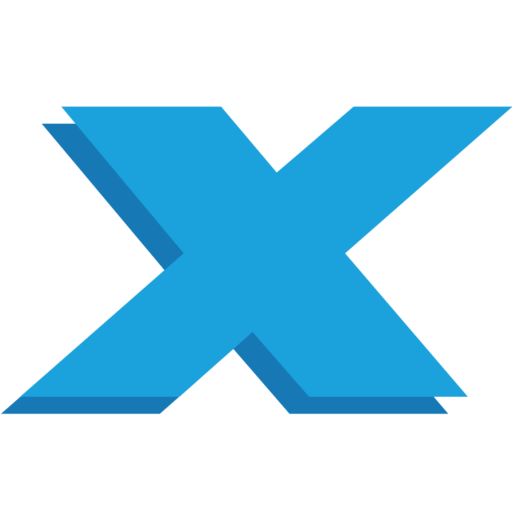 After an intense year of development and a few demos of the technology at various Flight Simulator conferences, it’s finally time to let you all in on a preview of X-Plane 11 with VR support built-in! I will admit that I personally thought this was...

I’ll just run down to the store to buy XP11. Be back in a jiffy!

That was fast…! I mean, didn’t they ask for closed VR beta testers last week?

Yaay, just give this a quick veiw but my cursor won’t interact once the HMD is on. Job for boxing day

I feel like I’ve been played and I couldn’t be happier for it!

I generally stay pretty well uninformed so maybe this Christmas Surprise is an illusion. But I had no idea. In fact, because of the recent all-call for VR beta testers I assumed with some disappointment that VR was months away–at best. And here we are. Well played, Austin! Chapeaux!

My first impression is that the implementation of VR is better than Flyinside. If you read the linked blog post above, and I highly recommend that you do, you will note that the VR controllers are the input method of choice. I jumped in intending to do it their way and not touch my HOTAS setup for the first go. When you click the Enable VR box X-Plane restarts and places you in a hanger surrounded by planes and in front of you is a kiosk with the familiar settings and flight setup options. All selections are done with the laser pointer on the VR controller. I opted to start at my favorite payware airport (1N2) in my favorite flying machine, the Bell 407. Once in (and after a few minutes of struggle to center my view) I was flying. There was considerable skipping but between skips the framerates were pretty smooth. Or more accurately, “smooth enough”. I dialed back Objects and Textures from “High” to “Low” and I …uhh…guess that helped…maybe? Don’t get me wrong. It was thrilling to play X-Plane in VR and the performance was noticeably better than Flyinside but I am still a genetically hardwired sim nut and I can never just relax and appreciate what I have. I must tweak first like a cat playing with its food before eating. I relocated to La Guardia so that I could push it a bit. With my new settings Manhattan didn’t exist. So I bumped Objects back to high and actually found that the performance seemed to improve a touch. And it just felt great to finally do a real pinnacle landing in VR. At the moment I can hear my daughter playing with her new stuff downstairs and here I am with my free Christmas present from LR! And we even have enough sleet on the ground to make it white!

The controller implementation is very well done. You can flip switches with it. The only stuff switchable with the Bell is the overhead panel. The rest of the stuff isn’t clickable because my surrounding physical objects are in the way. LR intends the controllers to also be usable as flight controls by grabbing the stick or yoke and moving your hands as they rest on your legs. I tried that with the Bell but it doesn’t seem to be implemented. All the view and other options are available through the menu button on the controller then you can spin the stick to scroll through various pages. Pushing down on the stick does the selecting (not very intuitive in my opinion). If you do it wrong you will find yourself outside! You can then use the stick and laser combo to move yourself around the physical world in much the same way as some VR shooters.

OK back to it!

I haven’t had a chance to update and try it out yet…been a bit hectic here this morning. I did find this:

With my new settings Manhattan didn’t exist. So I bumped Objects back to high and actually found that the performance seemed to improve a touch.

I swear X-Plane is frustratingly odd like that. Sometimes setting the sliders higher on certain things actually seems to improve FPS for some odd reason. Back with XP10, just ALT-TABBING out and back in would sometimes take the frames from 25 to 40. Voodoo man…voodoo…

I haven’t fully read the release notes, but will each third party aircraft have to be modified for VR switch/interaction or does it just work?

With regard to switches, it just works (at least it did on the VSkyLabs DC3 just now.

I’m going to have to play with it some more. It was very jittery on my system. I really wish they had gone with native Oculus support in the same way that AeroFly FS2 does. I really don’t like SteamVR at all.

Just when the wife and wallet seemed safe. need controllers for this now Doh

I think it’s OK post this here now, this is what Ben Supnik sent out regarding what they are working on now since you’ll most likely wonder about this once you try it:

Besides stabilization, performance, and bug fixing, our next step during what will be a multi-month public beta will be to add some more features and work-flows, particularly for users with hardware. We’re looking at:

For mouse implementation, all they have to do is look at how Aerofly FS 2 does it. Very intuitive, stable and you can just park the mouse cursor out the way when you don’t need it.

Maybe try one of those reload scenery plugins and see if its just higher FPS because the scenery was recently reloaded.

DISREGARD THE FOLLOWING, SEE HERE INSTEAD:

I’ve had the best results doing the following: For this VR beta, just temporarily, rename your X-Plane / Output directory (so XP makes a fresh one when it starts), just to reset all your settings back to default. The VR will not like plugins, so this is also a way to make sure you aren’t running any. Remember, you don’t need any controllers set-up, so just hit ‘Ignore’ and set graphics to Medium and you’re ready to go. D…

Can I get your permission to try XP 11 native VR instead of going to the in-laws for dinner?

That would be… unwise.

1- They’re just inlaws.
2- This isn’t fun and games for you. Its your job. The wife will probably understand.

Permission granted. I take no responsibility for any negative consequence which may result from my questionable advice.

instead of going to the in-laws for dinner

Surely, they would understand…?

I’ve had the best results doing the following: 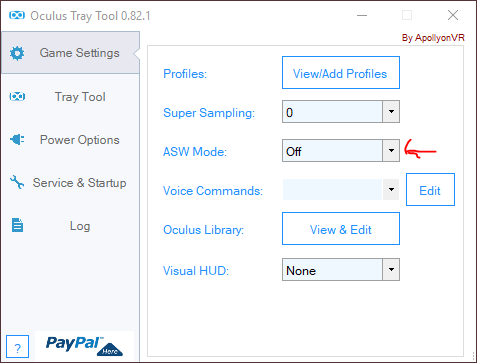 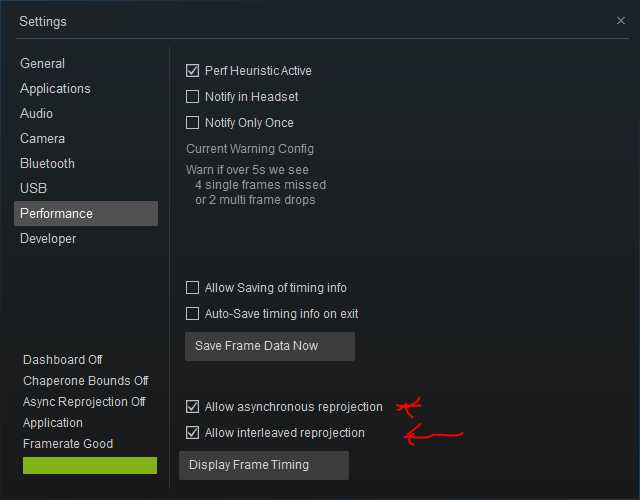 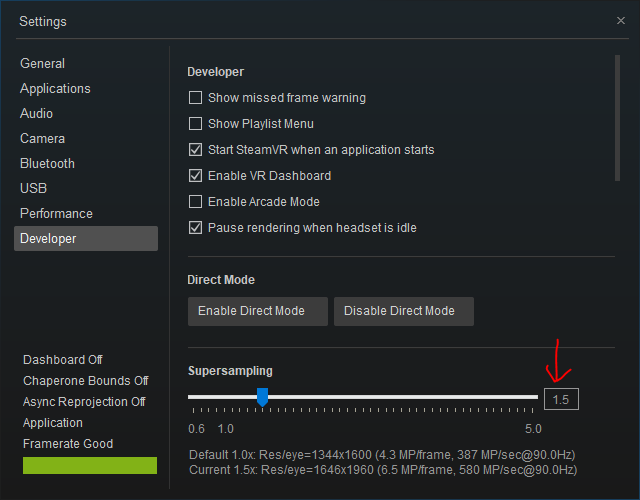 So my environment is the Oculus Home version 1 (not the beta v2), the Steam VR Beta Channel and up to date Nvidia drivers.

The Microlight is especially good. Here’s my X-Plane settings for reference. 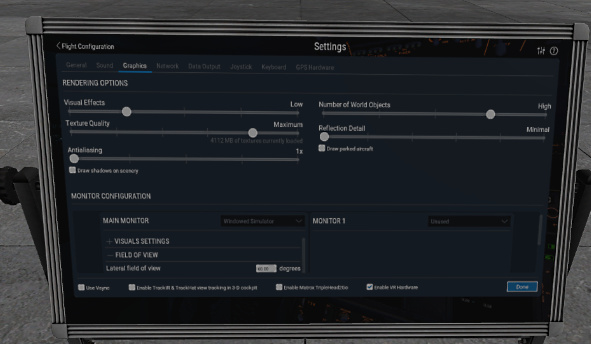 Thanks fearless. Waiting for my in-laws to go to bed. Unlike @BeachAV8R, mine have shacked up with us for the week. I guess that I could lock myself in the home office and go under the hood.