It’s got Tomcats, how could it not be good?

I feel like we have talked about this aplenty. But I can’t find anything on Mudspike about it. So, just in case, its worth a mention for those pull-for-power types who may not have been aware of its existence. Brent S has been tweaking this model for a decade. Some of the interior artwork shows their age. But the center console and other bits are new and look very sharp. VR integration is great. Systems modeling is better than some payware models out there. And it’s free. 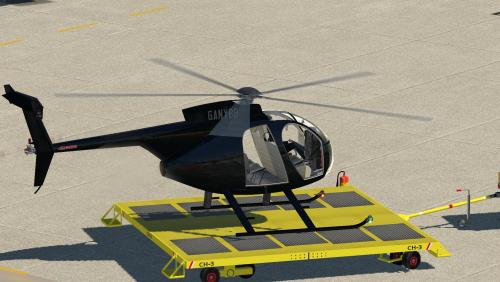 This is an update to the Hughes 500D Alex Gifford, Ben Russell, and myself originally created for X-Plane v8 - at that time it was state of the art for the sim, this model still uses much of the original content - it's aged pretty well considering...

Iirc there is also update to the systems as separate download to match Flight Manual values and procedures. 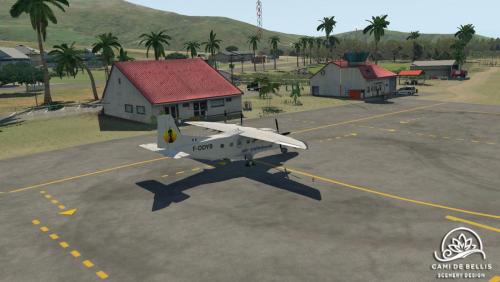 This is a native replica' scenery for the beautiful city of Touho, in the South Pacific French's Territories of New Caledonia. Contents: - Highly accurate scenery for NWWU Touho Aerodrome with all buildings modeled - Detailed airport objects, trees,... 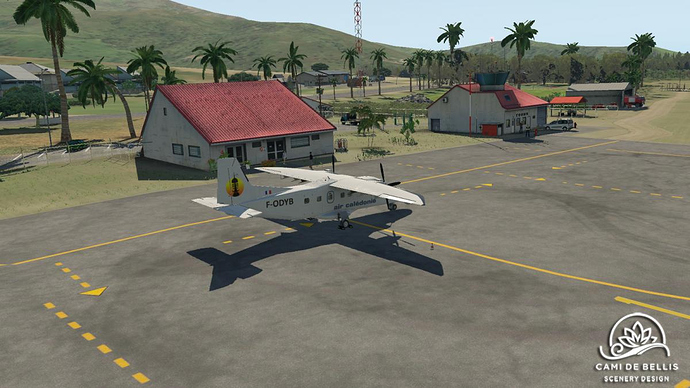 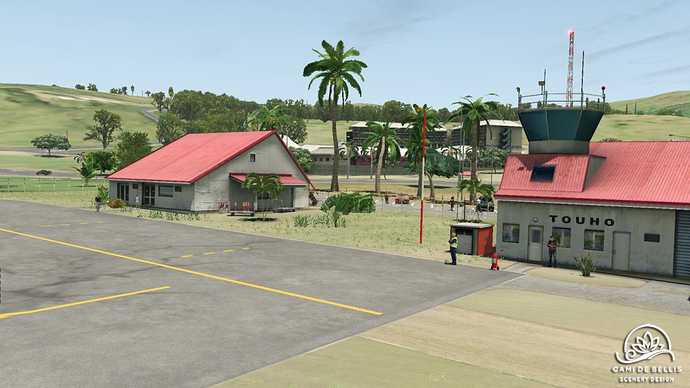 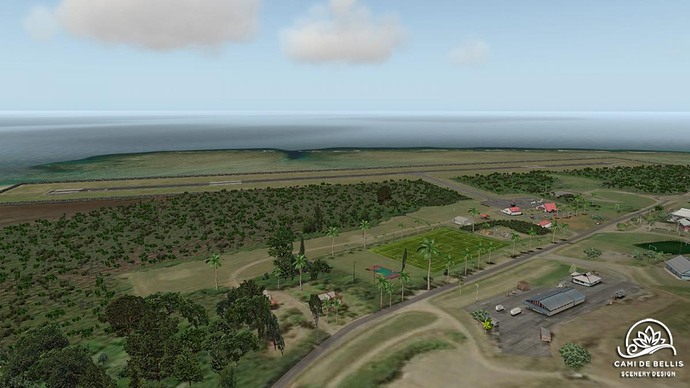 5 posts were split to a new topic: T-7A Red Hawk

Frank Dainese and Fabio Bellini have released a new “mountain Park”: Drei Zinnen. It will be the first of 5 packages that will cover the entire Dolomite region. 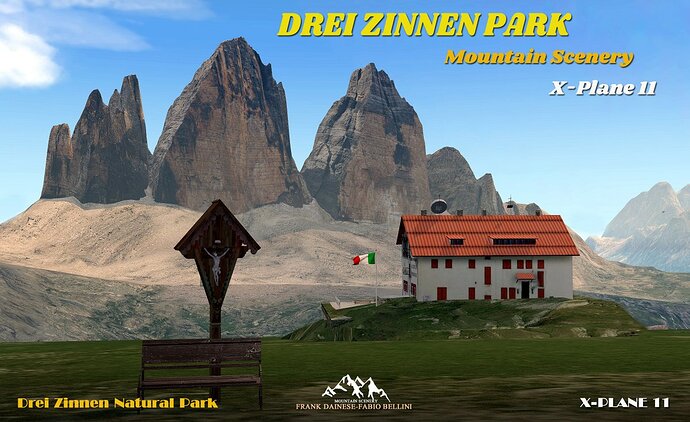 Dolomites 3D - Drei Zinnen Park- This scenery for X-Plane 11 is dedicated to one of the most suggestive areas of the Dolomites, with the Tre Cime di 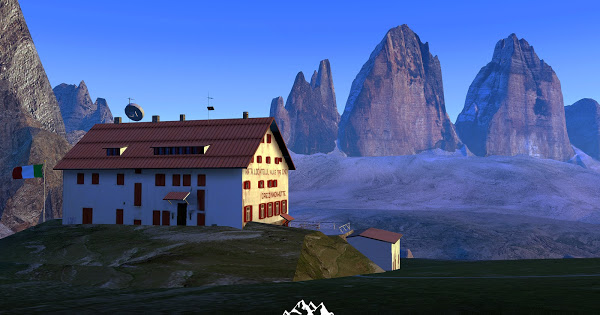 A post was merged into an existing topic: Robinson R66

Not a new release, but for those interested in flying something over powered and unique, TorqueSim’s Pocket Rocket is on sale at half price right now…

I saw that (evidently I’m on their mailing list). Is that a model of a real plane? I didn’t look past the “Pocket Rocket” name.

Actually yes, it is a one off. The caveat being that while based on a real example, TorqueSim put a different engine and avionics on their version. They also include a tricycle, retractable gear version which is easier to handle on the ground and faster in the cruise. I love it. For $25 it’s a steal.

Much Fanfare… Mudspike has it’s own X-Plane 11 aircraft developer! 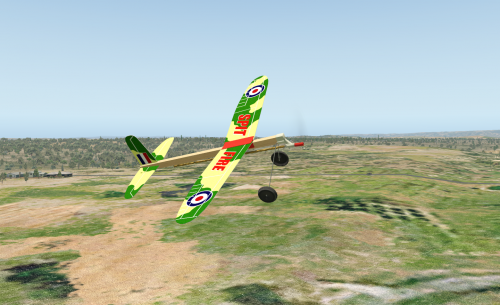 This is a rendition of the classic rubber powered, balsa toy by the company North Pacific. The model in X-Plane is not true scale, being larger by necessity. X-Plane could not handle the very low weight and tiny frontal area of a true scale model,...

I certainly hope that it supports VR propeller winding. Interestingly there is another SR22 in the works, for some time, from TorqueSim 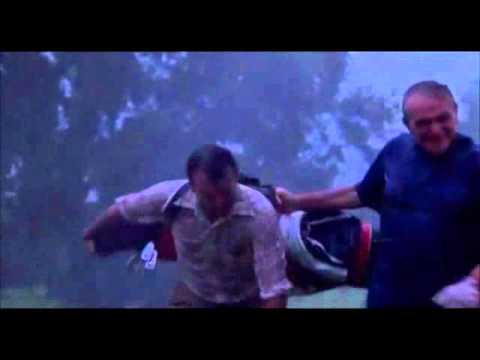 I could be wrong but I’ve always thought that the background music for that scene was from The Ten Commandments …perfect for it.

Ha! My favorite part is at the end where the bishop says that his name is Brad and there is no God after missing that put.

Khamsin Studios, who gave us the the B25 and Chipmunk, have just released a free T6 Texan!

The T-6G, the seventh in the T-6 series, is essentially the same airplane as the original T-6. Its career began in 1940 when the ﬁrst model rolled off the North American assembly lines. Known as the “Texan,” it helped teach thousands of American and...

The panel is a little basic, but that is the only negative. It looks and flies great, and is a really nice gift from this developer.

Some shots of me reminiscing about my time at Zanesville Ohio. There was a T6 and a Stearman based there, often flown by a guy named Terry Thompson. He was quite a character. 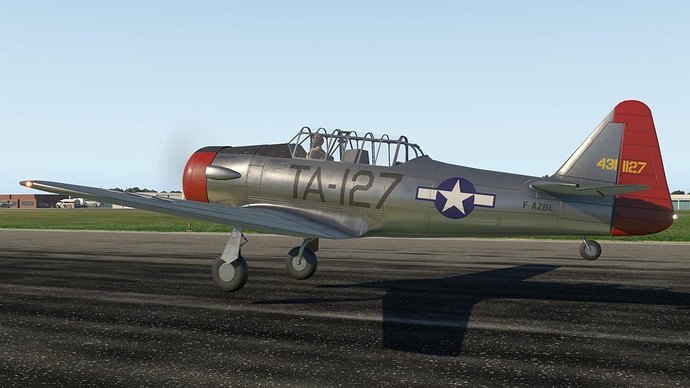 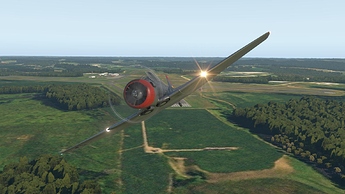 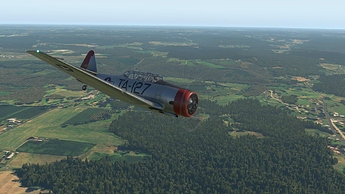 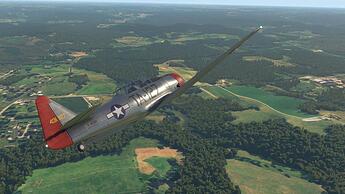 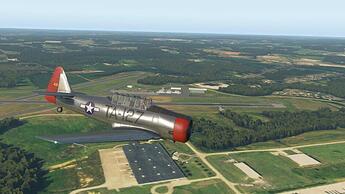 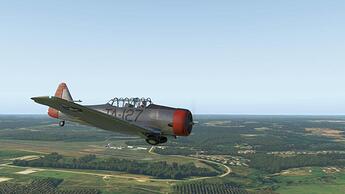 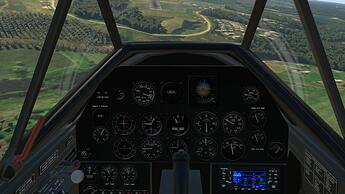 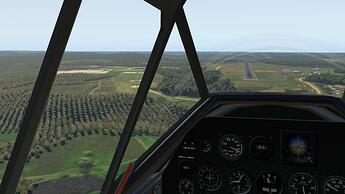 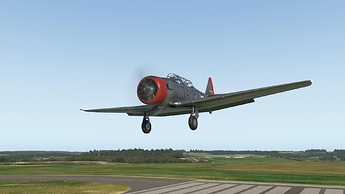 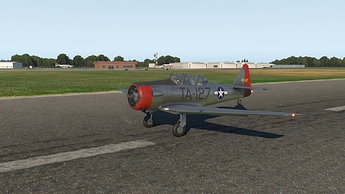 8 posts were split to a new topic: BN-2 Islander