I don’t know if this is a sale. Its not listed as such. But yesterday it was $72. Today it is $58. I almost bought yesterday. Phew! (v. 3 coming soon maybe?). I don’t even care to fly. I just want a procedures and systems trainer.

BeachAV8R nervously looks at his inventory, exhales a sigh of relief to see that he actually already owns the 757 v2…crisis averted…

I don’t know if this is a sale.

And yes, it is a sale. It must have started this morning because the Sale page only had 40 or so items this morning, and now it has 48. Including…uh oh…the A320 Ultimate…

Ahh I see. And thanks for the offline help. I am really looking forward to getting all the flows down using a desktop sim for the first time in my life.

No problem. Got a bit busy today and I’ll respond properly to that offline stuff… The whole - I need 28 hours in each 24 hour day thing… You know how that goes… zzzz…

This isn’t a release - but a modification to the X-Aviation Mitsubishi Mu-2 that adds the incredibly awesome Reality XP GTN 750 to the panel. The RXP GTN 750 for X-Plane is a payware instrument…so you do have to already have that. More and more vendors are including compatibility with the GTN, which is great news. Those aircraft that don’t support it natively have to be modded to make it happen. Thankfully there are some talented people that are slowly making some of those aircraft happen.

BlackJackBaron provided the modded files to integrate the GTN into the Mu-2: HERE

The X-Aviation Mu-2 in itself is a fantastic add-on. It has been updated to X-Plane 11…and the only real thing I see wrong with it currently is that the engine temps seem to be a bit too low, but it doesn’t really cause any problems that I can see.

Panel with the GTN working. All the touch functions work so far as I can tell. The only thing that doesn’t work is the (D)irect key on the bezel…for some reason that brings up the default GNS, from which you can hit the enter key to have the GTN register the Direct key input. A small bug that really doesn’t change the overall functionality…

Off we go to practice an RNAV approach…

Heading out for the procedure turn at Twenty Nine Palms…

And I just came across this for the Mu-2 - SimVRlabs VR Mod Complete (I have not tried this yet):

And nevermind on that - I was still running version 1.5 and it has been updated to version 1.9 (which will be the last X-Plane 11 version according to the developer…any future version will be a new product since this one has been continuously upgraded from the XP10 model…)

Excuse my rambling. So that GTN mod was for version 1.5…so I have an e-mail in to the author asking if he can tweak it for the 1.9 version of the Mu-2 (or maybe I can just rename the 1.5 files to match the 1.9 naming convention). So I’ll report back when it is all updated…

I don’t have the MU2, but the GTN750 is awesome. It almost makes things too easy as there is so much information at your fingertips and it is so intuitive to use.

I hope that this hasn’t been linked.

Which aircrafts running well/restricted/or not under X-Plane 11 native VR?

Hello VR enthusiasts! Because we/I can not own every single pay- and freeware aircraft for X-Plane 11 on the market, I would to start a thread with the main goal to find out which aircrafts are running well/restricted/or not within XP11s native VR...

This looks interesting. Sort of a light Air Hauler, but with no money to worry about. You just pick a plane, and an airport to start at, and then missions are generated from there… Available on the org store for $15

Bookmarked! That looks like exactly what I want! Air Hauler without the pressure.

This looks really nice, missing a bit of basebuilding and the gathering of aircraft which I do like about Air Hauler but there’s hope:

If you change something that others might find useful, please share it back to the community. Be aware that publishing your own versions of the whole plugin is software piracy, and not allowed. But, I hereby give you express permission to publish changed versions of the above files. Or better yet, email them to me at missiongenerator :at: mailbox :dot: org, and I might just include your changes in the next version of the Mission Generator!

I’ve had a couple of days to fiddle with Flight Factor’s 757-200 “Professional” v.2 linked several spots above (still on sale). @BeachAV8R wrote a very good review at PC Pilot about the previous version. He was kind enough to send me a copy and that was all it took to take the leap. I have never flown a 757 or 767 but I probably have 20+ hours in the jumpseat. It is not quite as convincing as the 737-200 that I gushed over a few weeks ago. But still extremely well done.

“But this time its personal…” What action film doesn’t have that line? This time for me it really is. When I wrote the 737 article I mused that maybe it was time to leave it after 20 years. I was awarded the 757/767 at my airline the next day. And for the first time in my sim career I get to join the ranks of thousand of pilots who legitimately use a PC sim for training. The Flight Factor’s 757 has a couple of excellent features. One, an FMC that ports via IP to an iPad or any other device with a browser. The other is a bit of reprogramming of the VR controllers which gives them some extra button pushing, knob turning and airplane pushbacking (no kidding!) capability. Combined, these feature allowed me to move well back from the desk and use X-Plane as an interactive “paper trainer”. I ran through all of the flows from my company manual in 2D and once I had them down, I could repeat them in VR, in the actual space. The FMC that comes with the plane has maybe 70% of the functionality of the real thing. But it was good enough. I could program it surprisingly well using the laser pointer but it was easier to lift the headset and punch values into the ipad instead. I don’t care about actually flying really. Airliners are airliners. But using the touch controllers works pretty well if you can still use your pedals. I only pulled the chair out about 3 feet and the MFGs have plenty of cord to reach.

In the 90’s I would have willingly paid hundreds, maybe more, to give myself this sort of head start in training. I’ll say it again…if you are a flight sim fan, this is a great time to be alive. 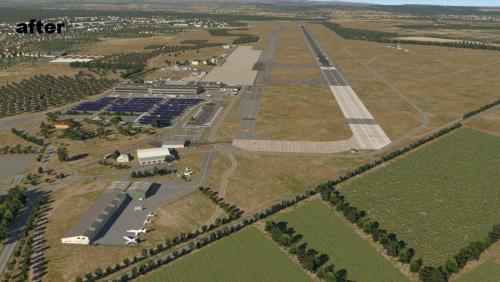 *****PLEASE UPDATE/DOWNLOAD THE HANDY OBJECTS LIBRARY 6.80 TO USE THIS SCENERY***** Reus Airport is located by the beaches of Costa Daurada, equidistant in relation to the town of Constantí and the city of Reus and approximately 8 km from the city... 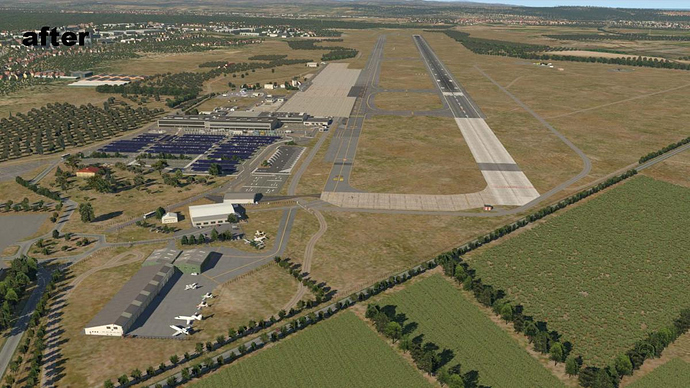 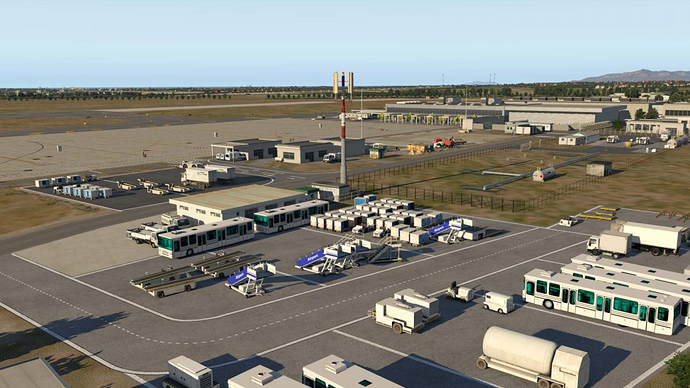 Not a release…but a fix that I found buried in the Thranda forums for the ERJ-140. It is sold as X-Plane 11 compatible, but it really probably shouldn’t be. It has a few issues that need to be sorted out and improved and the developer is fairly well swamped with work converting Carenado planes to XP11 and doing some of his own stuff. That said, I’ve always loved the ERJ-140 and if you have the 2.3 version, these two tweaks should at least get you flying in XP11:

The plane looks pretty good in VR. I found the flight director panel lighting isn’t very good though at night, so you need some ambient cockpit lighting. Very much a buyer beware aircraft though…if you don’t already have it, I would hesitate to recommend it at anything other than a half price sale maybe ($10)…

Quatam River Airport scenery by Prop Strike Studio has released! Downloading now. It’s going to be a bit of a distraction from the trek to Pago Pago, but I have been waiting on this one for awhile now.

A great video by Thomas Rasmussen:

Looks fantastic. I just picked up LOWK - Klagenfurt last night from SimMarket for ~ $10, it has some interesting approaches…

A definite must buy for me.