Have done a bunch of skydiving in Klagenfurt when I lived in Munich. We were doing an 8-way and took the formation too low with a bad spot. I ended up landing in the city behind some tall apartment buildings, in a small garden. Walked to the window looking for a way out with my canopy on my shoulder, and asked and old lady where was the exit please (Wo ist der Ausgang bitte?). She smiled and called me a Fallschirmjäger. Then offered a cup of tea or coffee. I politely declined, walked through her house on to the street, and just then a car pulled up with a few of the other jumpers, yelling to get in before the Polizei arrived. We laughed all the way back to the airport, but it was not funny being under canopy over a very busy city with nowhere to land and tram wires everywhere. Best accuracy landing I ever did.

Looks really nice. I like the occasional runway obstruction etc. Good way to add immersion and keep you on your toes.

Best accuracy landing I ever did.

I have never jumped over large cities, but my reserve pull was over a dense forrest of large pines…
And, it was an old round reserve, steerable by wind draft only.
There I was, decending toward a tree landing, that most certainly would hurt.
Then as I got closer to the planet, I spotted this small clearing… Could it be…? Is it really possible? Nah! Can’t be! Or, can it?
Smack in the middle of a clearing, just large enough for the chute to lay perfectly down on the moss.

That was my best accuracy landing, even if I did several DCs after. And I was only along for the ride on that one.

Woohoo! Nice save for your parachute rigger Troll. I hope that you bought him/her a beer. And a round canopy over forest does not sound good at all. What do they say, better to be lucky than brave?

I hope that you bought him/her a beer.

Using the reserve calls for a case of beer.

X-Plane 11.30 is supposed to be released next week. User Mohawk200X on Reddit posted this summary of a livestream…

I can share what was announced today (I recorded this Live stream):

• ⁠New particle engine.
• ⁠Pretty impressive performance increase in 11.30 compared to 11.20. With HDR enabled and even more with HDR disabled.
• ⁠New art work for Auto-gen. It was mentioned that cranking up the auto-gen to max will not decrease performance.
• ⁠New cities with landmarks, including: Chicago, NYC, Dubai and others.
• ⁠Cloud transparency is fixed.
• ⁠ATC system has been improved, now uses Amazon’s ai speech technology, using API.
• ⁠More realistic autopilot system.
• ⁠Improved flight physics. 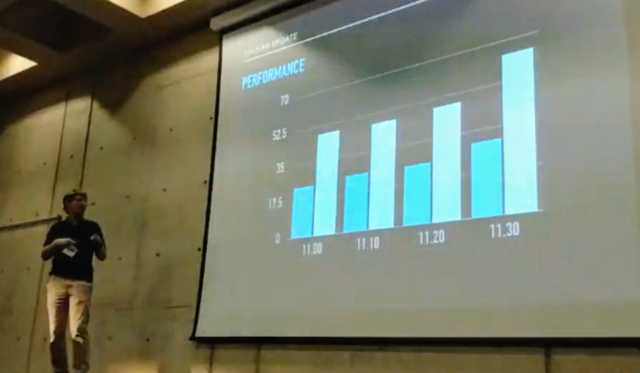 totaly looking forward! Performance increase would be much welcomed. I just lifted off for flight to Pago Pago and these updates will up the enjoyment I hope.

Thanks for the update, Chris!

New cities with landmarks, including: Chicago, NYC, Dubai and others.

Just in time for my trip to KFJK

Not yet released but in da works

Nice little GA scenery - very light on objects and no static airplanes, so it is a really frame friendly little spot in the middle of nowhere, Utah. Just a few miles east of Capitol Reef National Park (on my “to do” list for sure). Pay attention to the required libraries, and it definitely does well with the surrounding ortho…

Took the Tomahawk out for a few circuits to explore the area. Definitely have to lean out the engine prior to takeoff with the 4453’ elevation. Too bad there isn’t an IFR approach…you’d think with a terminal VOR on the field they would have made something. Lots of terrain around though…

Lots of welcome and necessary improvements discussed, including turboprop, ground effect, and anti ice behavior. But I fear that we are in for a world of broken third party aircraft in the short term. Enjoy your Do228 while you can.

The Mudry CAP 10C has apparently undergone a major update. (I don’t own it…so I have no real opinions on it.)

“The Mudry CAP 10C has been updated to VR standards. Since 2D windows are not available with SASL 2.5, a brand new 3D screen can be open as a pop-up object.”

Not released…but according to Carenado’s Facebook page, coming VERY SOON for X-Plane 11 is their Citation II port over from FSX/P3D. This will obviously be a Day 1 purchase for me: 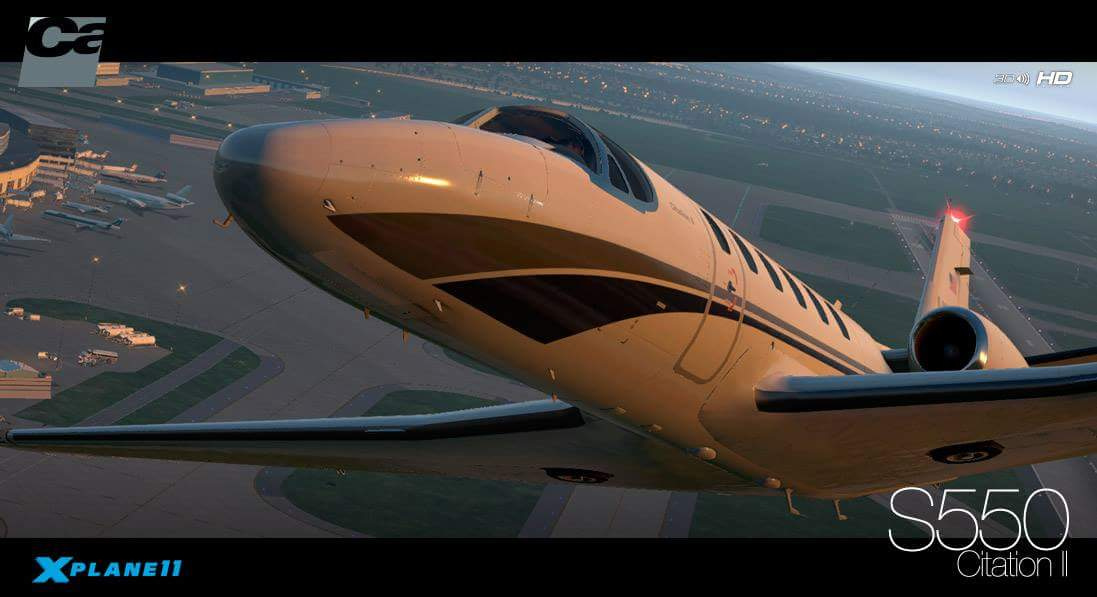 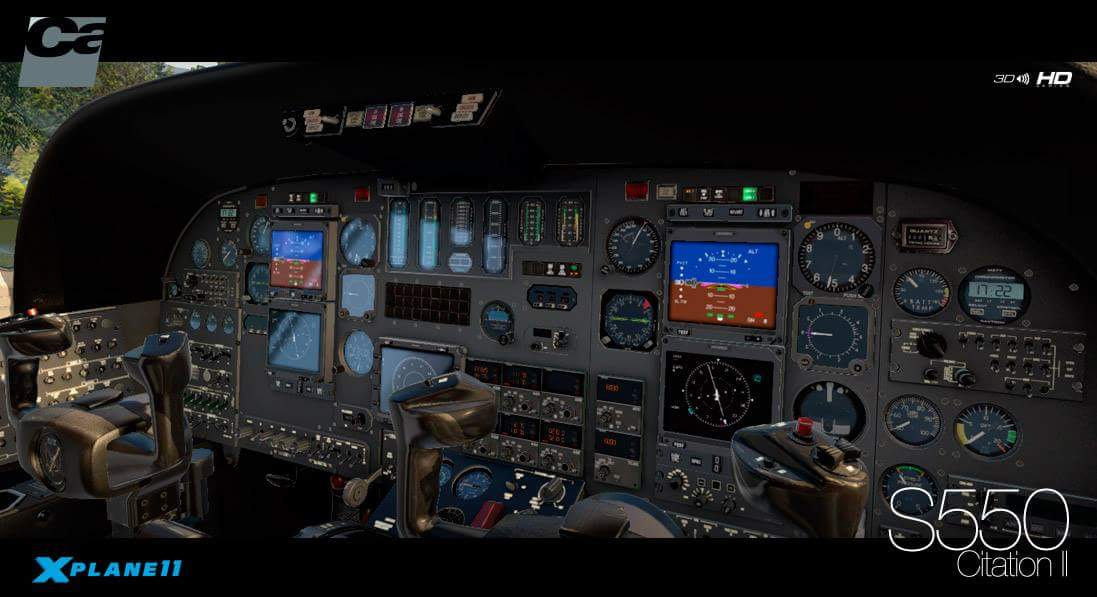 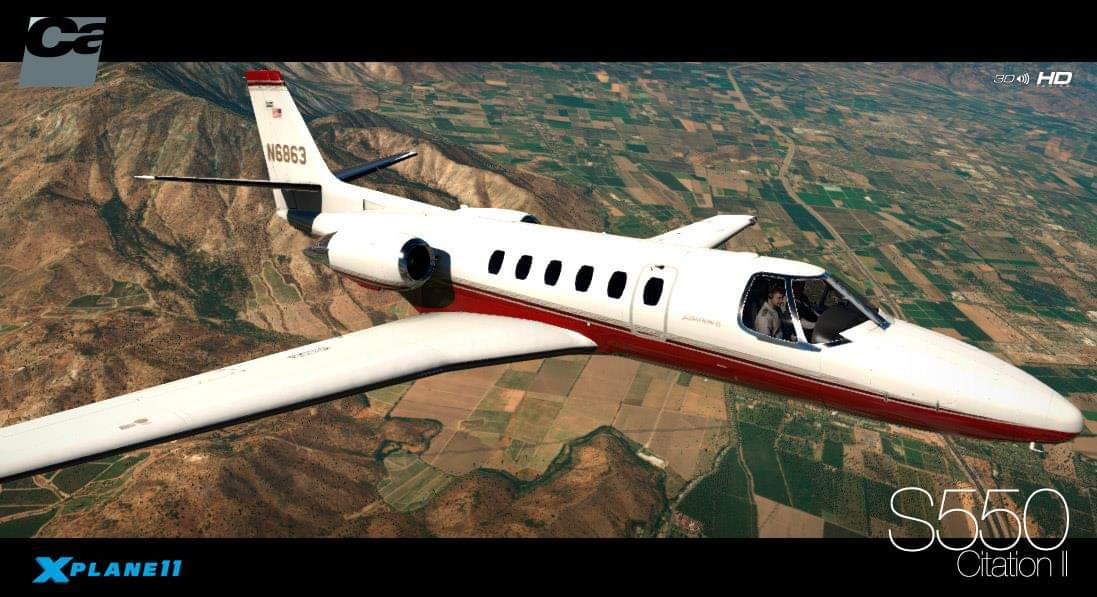 Day one purchase for me too I guess. ;).
I only logged about 500 hours in the Citation II but it was my first jet and I enjoyed flying it.

I loved that Sperry ADI ball though. I felt like I could shoot approaches to 50’ and 1/8 with that thing…it was just so precise and easy to read…

I’m glad I had the chance to fly with the Sperry ADI, both on the King Air B200 and the Citation.
It was a real pilot’s instrument from a different time. Now I just play a video game when shooting approaches. That’s progress for you though.

Never flown with one, but I am in awe of the mechanical construction of such ADI’s.
It’s not a stretch of the imagination to think that once someone invented the CRT screen and a computer, they thought ”this is a lot easier to present in graphics”