Step 1) Go to the steam workshop, and download the mods which constitute the Mudspike mod pack. 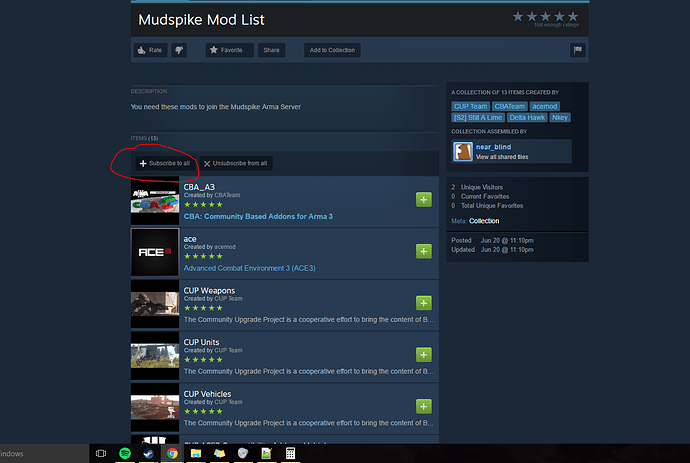 Step 4) Open the Arma 3 Launcher, and ensure that all of the mods on the steam page are listed in the “available mods” section of the list. Enable all of them. When finished it should look like this. (Order is unimportant).

As a note, the installation method changes based off what download method you choose. If you download via torrent or from a site (like moddb or armaholic), the process is as simple as dragging and dropping it into your mod folder (default your installation folder). For first time installation, I recommend you use either the torrent or download site method.

Step 6) Go do something else, 'cause that’s gonna take a while. If you’re newer to the game, might I recommend checking out Dyslexci’s excellent community guides?

Step 7) Phew, that took a while. Now we need to add the RHS mods to the arma launcher. Click the “add local mod” button. 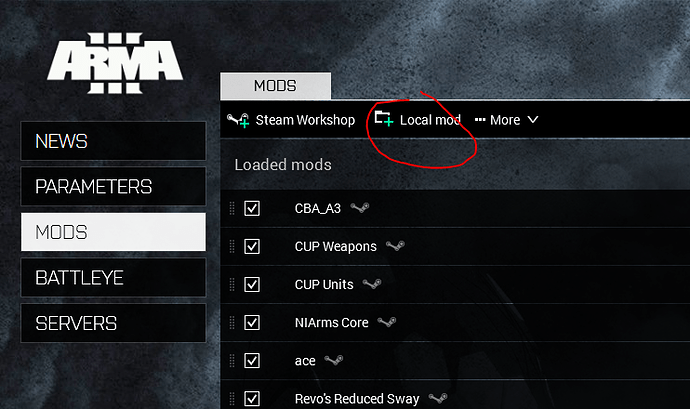 Now navigate to where ever you installed your mods, and activate them. 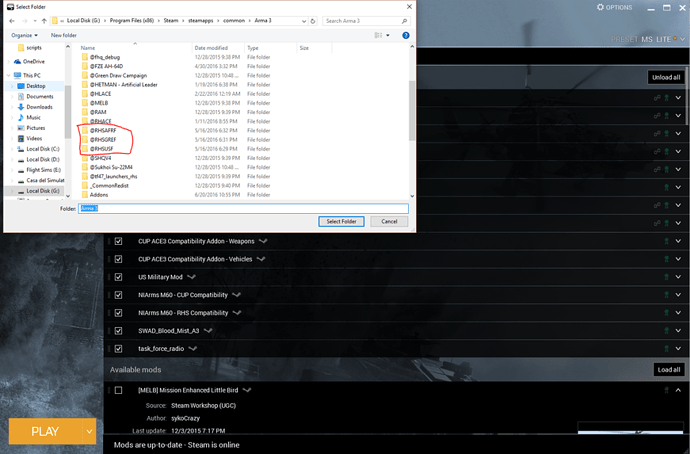 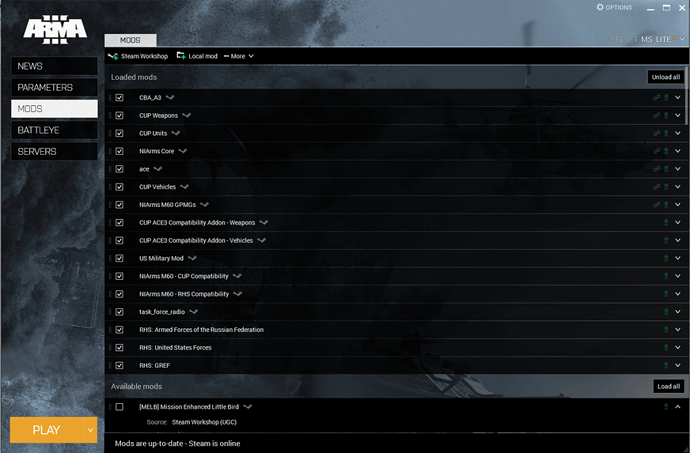 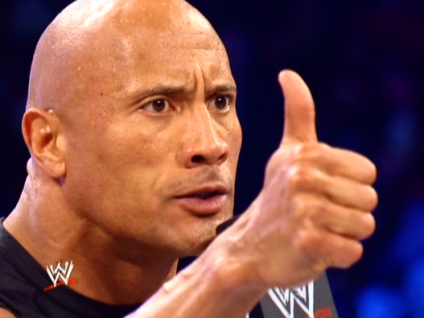 Step 8) Now it’s time to do the tedious stuff. It’s the final stretch, so bare with me.

Go to your arma mod folder. Generally this is located in the root install of your game, but if your a l33t pro, you might have placed it somewhere else. Mine is located at:

Now create a folder named @rhace" (this is a handy portmanteau I use, you can name it whatever you like). Enter that folder, and create another called “addons”. 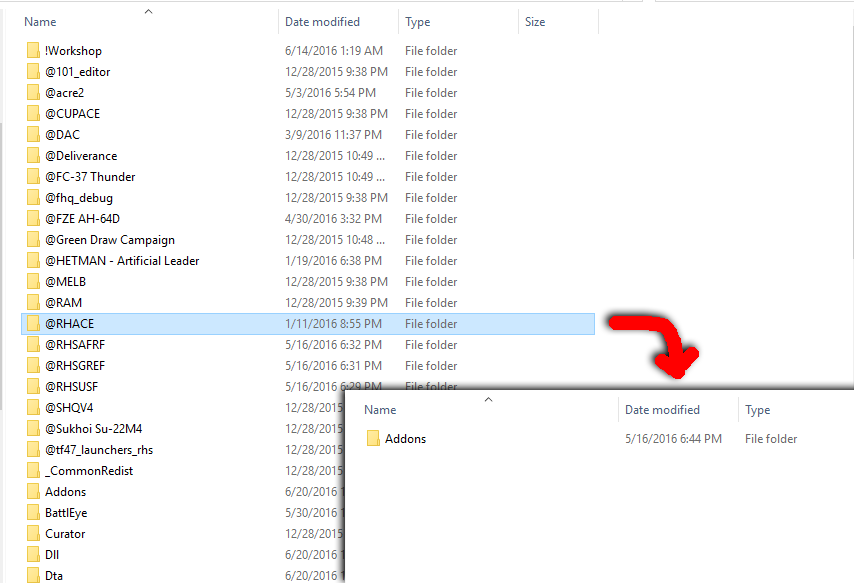 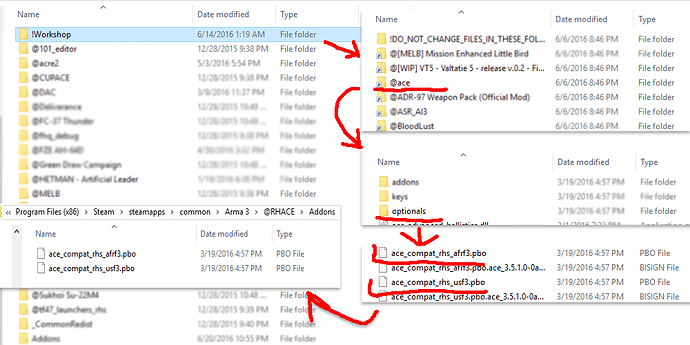 EDIT: It would appear that the !workshop photo in the instruction above is a hidden folder. You must either enable viewing hidden folders in windows, or alternatively you can try and manually find the mod in the directory

Folder names here correspond to the mod’s steam workshop id, and finding them may include a bit of guesswork.

Add that file to the arma launcher like we did with RHS. When done your launcher should look like this. 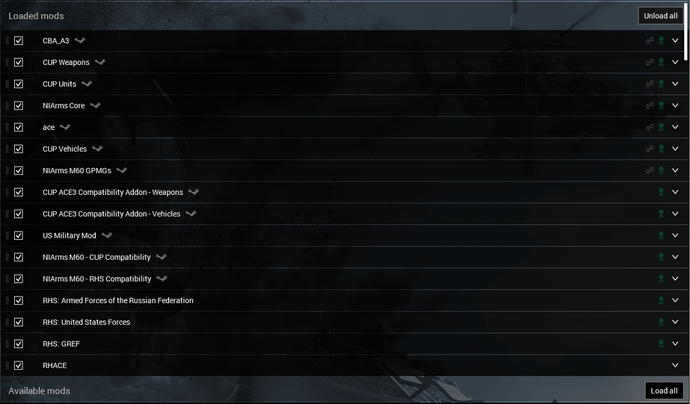 Step 9) Last but not least, we need to activate TFAR. Go to the workshop files like with ace, and instead find the @task_force_radio folder. Navigate through it to the teamspeak folder, and find a compressed archive named “plugins”. Extract this file to your teamspeak 3 client plugins folder. Finally open your teamspeak 3 client, open the settings menu, and select plugins. Select and enable the TFAR plugin, and restart teamspeak 3. 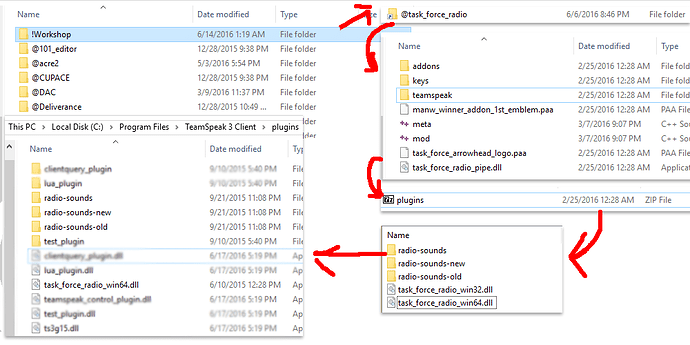 That is aot of steps for something I’ve played for i think less than an hour. And am bad at.

I will see if I can make this and then not mess up these instructions. Because messing up instructions is for plebs.

I was told there wouldn’t be a test.

…have at least a fighting chance of getting it right.

Do we need any of the paid DLC?

Would suggest a pre-invasion walkthrough mid week to help people get sorted and answer questions about setting everything up.

From experience, nothing is worse than working through TFAR radio issues the day of the event.

Amidst the gunfire…“hey Sarge… what the hell is a TFAR??”

Nope. None of the paid DLC is necessary. The equipment we will be using is mostly mod based and free.

@Tankerwade I will check the work schedule and try and find a day to help people sort out problems.

Just to annoy you: Why do we need all this stuff? Is the stock content that bad?

Short answer: no. Heavy adoption of mods is not a reflection on the quality of BI’s (spectacular) content, but rather an embrace of the prevailing Arma communities massive amount and variety of custom content.

Long Answer: Still no, but…

Why do we need all this stuff?

I can’t speak for everyone, but as someone WHO has made alot of arma missions, and played even more. There comes a point where I get tired of fighting bug-eyed space persians, and even more tired of trying come up with semi plausible scenarios involving said bug-eyed extraterrestrial barbaroi.

CBA is a community lead compilation of functions and event handlers that I use in missions, and most mods use to avoid duplication of work. In DCS terms think MIST and MOOSE had a baby, and that baby was super jacked and everyone loved it.

ACE is one of the perennial Arma mods dating back to I believe Arma 1, and adds a number of features that increase immersion and to an extend, complexity. The major features this time are a comprehensive medical system (We will be using the easy version), more advanced ballistics calculations involving windage, more comprehensive interteam communications, more immersive anti tank missiles (no more tab lock), etc. etc. This all sounds complicated, but in practice it’s pretty easy to get down once you play with it for a few minutes.

CUP is another community lead mod that aims to bring all of the content from Arma, Arma 2, and all of the DLCs into Arma 3, courtesy of BI releasing all of this content a few years back. Quality of the content is not exactly to current BI standards, but quoth Lenin “Quantity has a quality all it’s own”. This adds things like contemporary middle eastern, european, and warsaw pact factions to the game, as well as the affable BI verse factions we all know and love. My personal opinion is that the small arms and uniforms could be better as far as player groups are concerned, but they’re more than good enough for the AI.

RHS is another of those perennial Arma mods dating back to OFP. The current iteration has hands down the best third party content in the game, easily up to BI standards, and in some regards surpassing it. This adds contemporary US, Russian, and Rebel vehicles, weapons, and uniforms, and they’re all just right. Additional bonus is that this mod also has it’s own armor system, that replaces the existing BI “anywhere does it” system with actual armor values: you cannot frontally penetrate a T-80 with an AT-4, you have to be smart (and is also inter-operable with BI and CUP vehicles). There’s an argument to be made that this and CUP make each other redundant, to which i disagree as CUP has massive amount of units and vehicles RHS does not, and the weapons and vehicles RHS does have are much higher quality than CUP. Imho it’s worth the overlap.

US Military Mod is hands down the best 80s/90s/early 2000s content out there. Delta Hawk has made his own custom models that repesent the “old school” BDU jacket, PASGT, RBA, and LBE equipment. Your one stop shop for all Black Hawk Down, Desert Storm, and Red Storm Rising needs.

NIArms is the best and only non specopsified M60 out there, and it’s bad ass. I don’t know why I’m still explaining this.

TFAR is a radio mod that interfaces with Teamspeak and arma and allows a much more managed communications environment. If you’ve ever tried to run a 15-20 player mission it turns into absolute chaos without it. If you’re worried about having to manage a bunch of radios, don’t be. For this mission most players won’t have one

In short. Arma+Mods = amazballs, also an infinitely greater amount of game play options. This will hopefully be the first of many such events for mudspike and as such the mods you get for this event will be the same mods for future events. All you will have to do is run the RHS updater once in a while

Thanks for the answer. I think I will be overwhelmed by the stock game’s features. I only have an hour or so in the base game and around 30 in its predecessor. Good to know why I’ll spend hours adding even more modes to that.

I trust your expertise in mission building

Yep, looking forward to giving it a go. If it all goes horribly wrong then we can do some sort of simulated firing squad for @near_blind and call it a day.

Shame the RHS stuff isn’t in Steam workshop, but I guess history/licensing etc?

Welp, don’t want to add a second RHS install just for this

Our Milsim Unit tends to stick with one Modversion for quite some time for stability and organisational reasons.

If you already have RHS you dont need to get it again as long as it is the most current version.

That’s exactly the problem. I’ll most likely be on an older Version of RHS

Current Version is 4.1, I couldn’t tell you off the top of my head when came out.

Yeah, that’s probably going to be a little dated, lol.