A few from tonight testing the Fiesta R5 at Finland. No pheasants or quail were harmed in the making of these screenshots.

Dirt Rally 2 looks quite good. I never spent much time in DR1 due to the lack of MP, so I never bothered to get DR2. I still think about it though.

My friend and I did a ton of Dirt 2 and 3 MP back in the old version days, but the Steam version of 3 sucked because they did away with the AI so it was racing just 2 people.
I was never able to get an answer about 4 having AI in MP or not, literally no one with the game I knew ever would try it. I see Dirt 5 is coming now but I don’t know how its MP will work.

You should definitely get DR2. It is a cool game. We are having a lot of fun with it. I think it’s the patch they put out at the start of this week. Bug fixes and improvements mainly and the skins for one of the prize rally’s they’re running.

Doing some Group B testing last night for the current Mudspike rally and using some custom skins found on Race Department.

I need to figure out which path to use through steam on deLivery so I can get my fancy skins too. These look good

I created an arbitrary folder for deLivery in the same folder where I have most of my simulations. 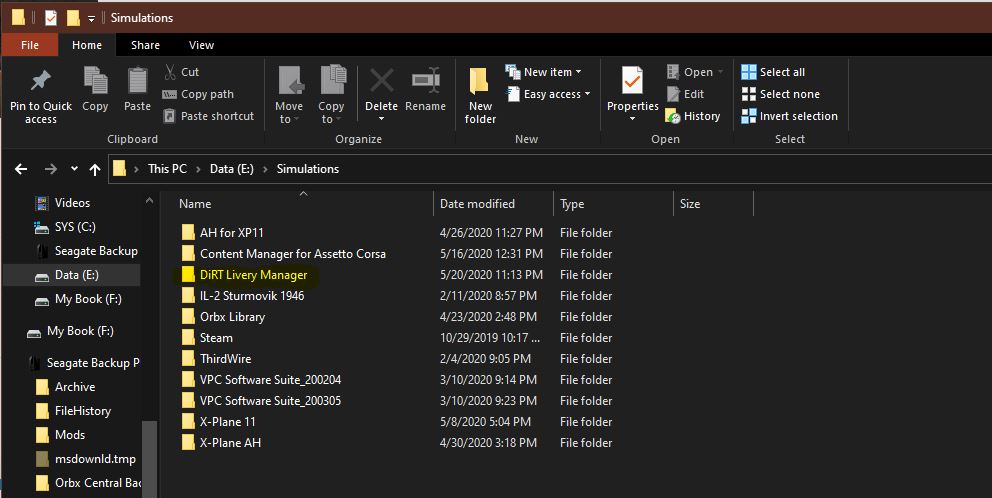 Then within that folder, I created a folder to hold liveries. 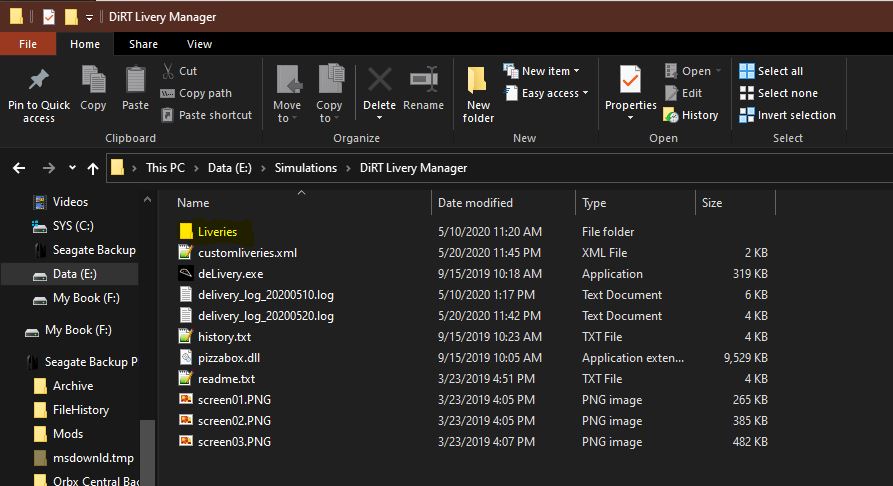 Next, inside the Liveries folder, I created a folder for DR2, since deLivery can manage other DiRT series games, and within the DR2 folder, for each repaint created a folder with the custom replacement .pssg files. If you use a descriptive name for those folders, deLivery will use the folder names for the skin name, which makes it easier to organize. I used the file names of the skin downloads for the first two, then for the Audi skin made it something easier to recognize, saving me a step later.

Lastly, when you run deLivery.exe, you will set the game and skin repository folder (see my paths). The skin shown in the bottom box is the one to be replaced. Usually there is only one skin per car that can be replaced. It’s usually the nicer skin in the liveries list. The R5 Ford Fiesta has 2, which threw me for an initial loop. Easy to use now that I understand that the plain colored skins can’t be replaced. FYI, he MG has two slots that can be used. 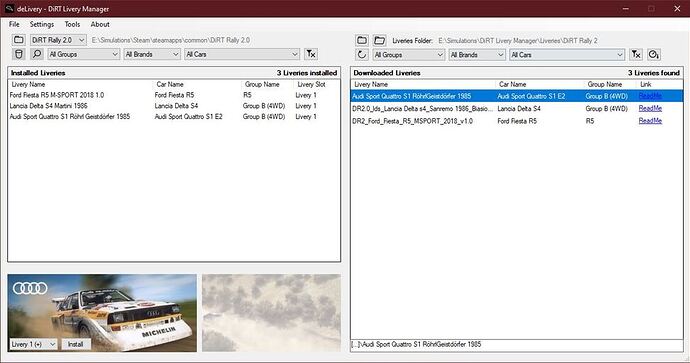 Only allowed me to replace either the 1st or 2nd skin, would have rather replaced a blank one or the 3rd which is this car without the stickers. Yeah, kinda stinks that you can only replace already good ones, but they seem easy enough to uninstall through that thing, thanks @chipwich !

That Belga skin is a great one!

Some screens from the current Mudspike Rally Scotland in Group B.

Well I WAS having a bit of fun in Assetto Corsa today until the cops showed up. 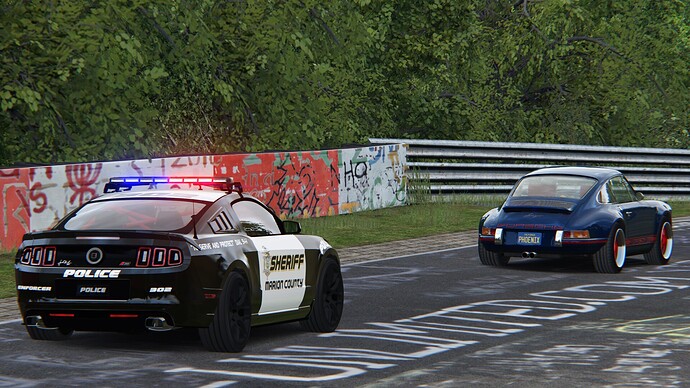 You should be good after a view corners

You should be good after a view corners

I was actually the one driving the cop car because “drama” so, CHALLENGE ACCEPTED!. Not racing on the beach, but will be very very close.

So found an IndyCar thanks to @chipwich and decided to give AC another try.

Other than Laguna Seca, if I wanted a track that fit the series I was going to need to mod as well.

I did find a few and decided to test out Surfer’s Paradise. The track looks nice, but the AI where um… yeah. A bit aggressive in the chicanes on the front stretch, but they held their line, even if it did start behind you and go straight through you. Nothing too crazy.

Then there was the hard left to go onto the back straight. Pile of cars, every single time. Not just a few either, like the whole field. I have no idea how the heck they made it through the previous turn with zero issues but bugger that corner up so bad.

Ok fine, let’s try out Indy, how hard is that? Here’s um, the first lap of one attempt, ignore the poor start, but watch how erratic the AI is here.

and the newly obstructed cockpit view…

Not sure if it’s the track, the car or the game, but I turned off all the assists and just stomped down the gas, never even had to consider downshifting. Maybe you don’t anymore in the newest cars, I dunno. I’ll have to give Laguna Seca a go I guess and see what AC has come up with, but there is Indy on rFactor 2 and pCars 2 so I might as well test across the board